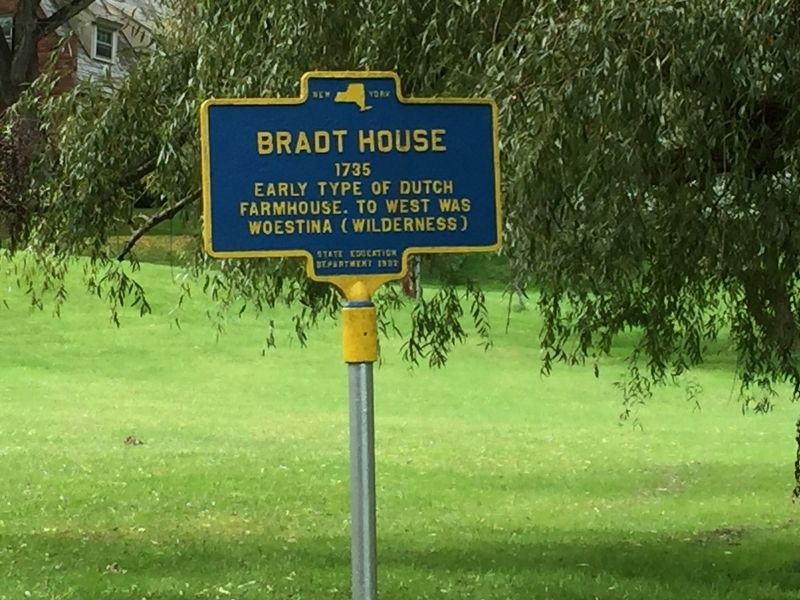 By Steve Stoessel, September 8, 2018
1. Bradt House Marker
Inscription.
Bradt House. . Early type of Dutch . farmhouse. To west was . Woestina (Wilderness) . This historical marker was erected in 1937 by State Education Department. It is Near Schenectady in Schenectady County New York

Early type of Dutch
farmhouse. To west was
Woestina (Wilderness)

Location. 42° 49.217′ N, 73° 59.479′ W. Marker is near Schenectady, New York, in Schenectady County. Marker is on Schermerhorn Road west of Rice Road, on the left when traveling east. Touch for map. Marker is in this post office area: Schenectady NY 12306, United States of America. Touch for directions.

Regarding Bradt House. This house was constructed by Arent Bradt and is one of several throughout Albany 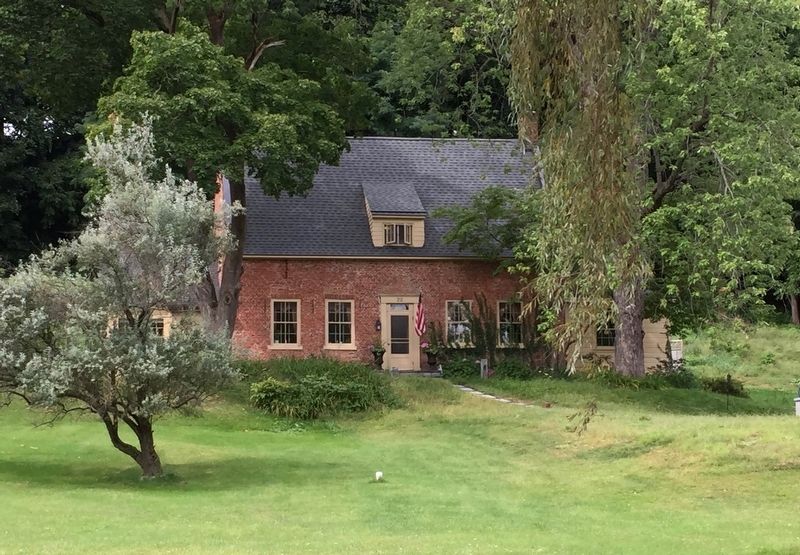 By Steve Stoessel, September 8, 2018
2. Bradt House
and Schenectady Counties constructed by the Bradt family. The Bradts were a large and successful family from Norway that settled in New Netherland (as New York was known before the English finally succeeded the Dutch in 1674). The Bradts of early Albany are descended from two brothers, Albert and Arent Andriesse who came to America in 1637. 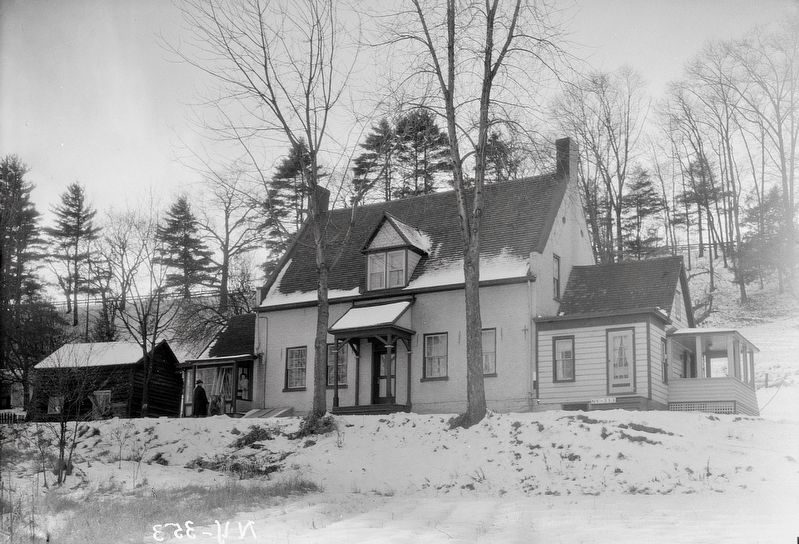