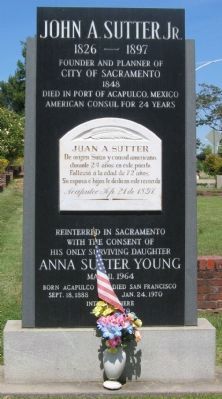 Founder and Planner of City of Sacramento
1848
Died in Port of Acapulco, Mexico
American Consul for 24 Years
Juan A. Sutter
Share This Page.