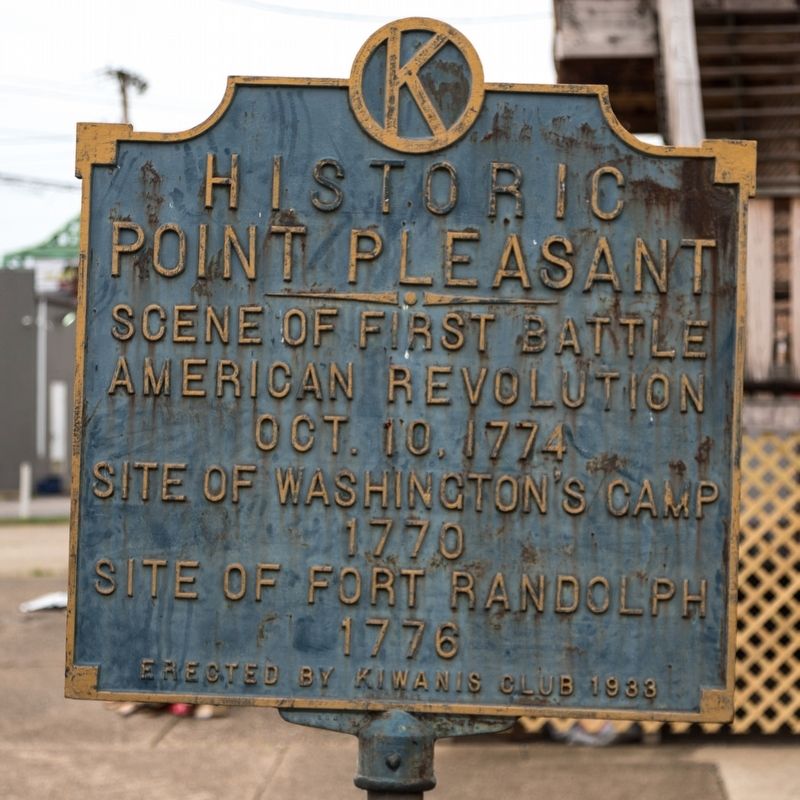 Topics. This historical marker is listed in these topic lists: Forts and Castles • Settlements & Settlers • War, US Revolutionary • Wars, US Indian. A significant historical year for this entry is 1774. 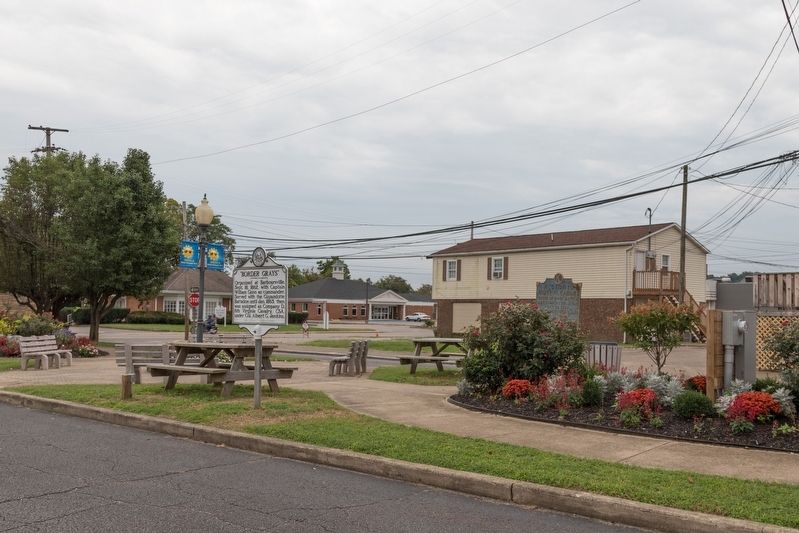 Regarding Historic Point Pleasant. The 1774 battle predates the American Revolution by five months. It was the Virginia colonists against Chief Cornstalk in Dunmoore’s War. Cornstalk lost the battle and retreated across the Ohio River. The resulting truce kept American soldiers from fighting on two fronts for the first two years of the Revolutionary War, allowing the focus to be on the British.

George Washington’s 1770 journey to the Ohio River Valley was for a survey of military grants that had been awarded in 1754 by Virginia Governor Dinwiddie to officers and soldiers who had served in the French and Indian War. Of the 80 square miles awarded to various officers, Washington's share was a little over 17 square miles.