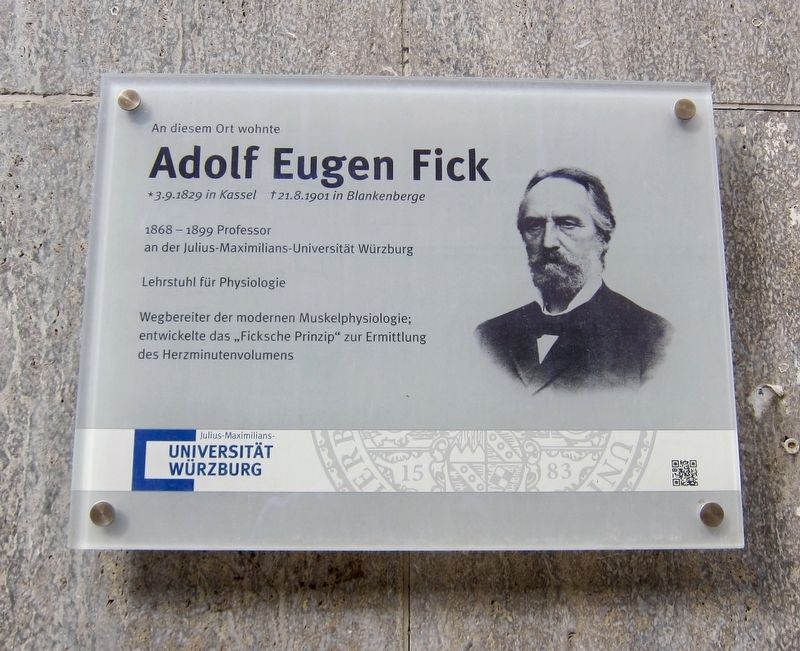 On this site lived . Adolf Eugen Fick . Born September 3, 1829 in Kassel Died August 21, 1901 in Blankenberge . 1868-1899 Professor at the Julius-Maximilians University at Wuerzburg . in the physiology department . Pioneer of modern physiology of the muscles; . developed the "Fick Principle" for the investigation . of cardiac output. . This historical marker was erected by Julius-Maximilians-Universität Würzburg. It is in Würzburg Bavaria Germany