First and Only Hanging in Hughes County 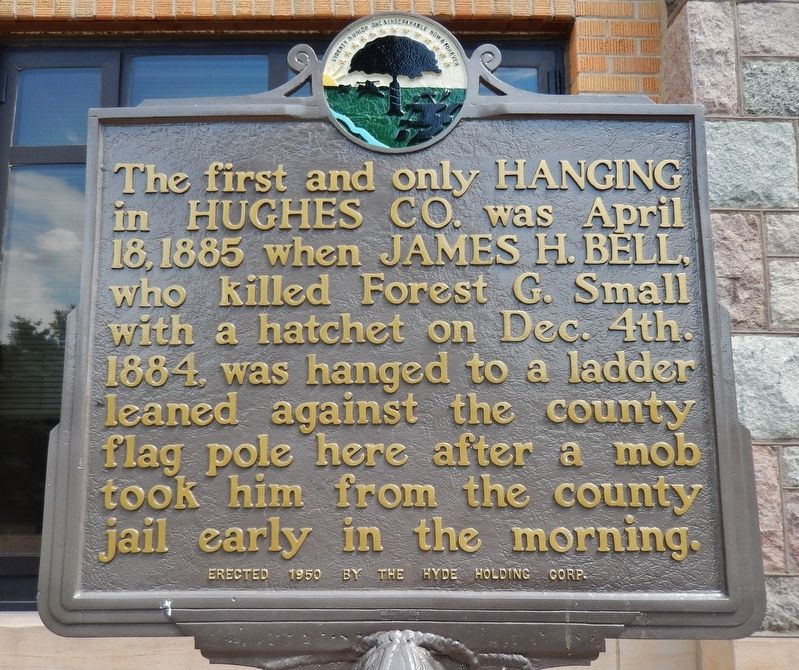 The first and only hanging in Hughes County was April 18, 1885 when James H. Bell, who killed Forest G. Small with a hatchet on Dec. 4th, 1884, was hanged to a ladder leaned against the county flag pole here after a mob took him from the county jail early in the morning.
Erected 1950 by the Hyde Holding Corp. 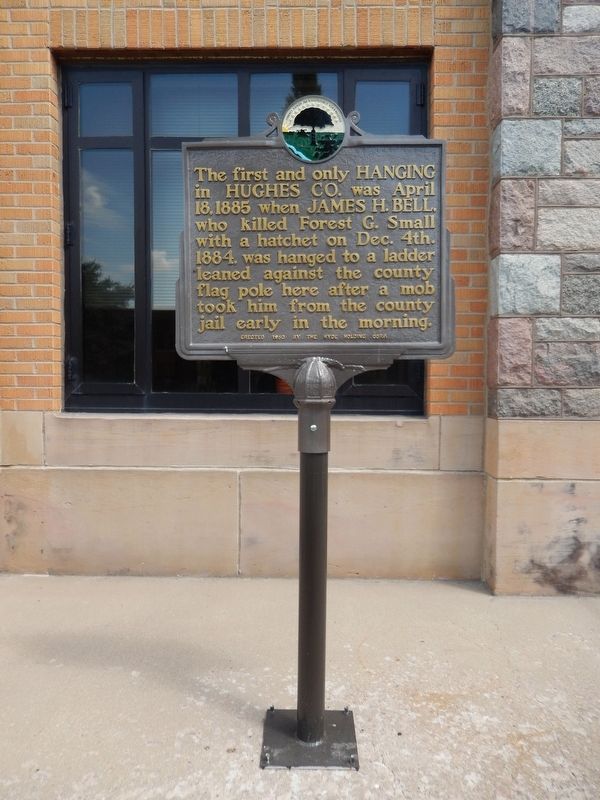 More about this marker. The marker may not be easily visible from the street, due to a spruce tree directly in front of the marker.

Also see . . .
1. Restored historical marker returned to courthouse. It was an old fashioned lynching. Early on April 18, 1885, a mob broke into the Hughes County Jail and dragged out James H. Bell, who had killed Forest G. Small with a hatchet four months earlier. The mob leaned a ladder against the courthouse flagpole and hanged Bell. It was the first and only hanging recorded in Hughes County. (Submitted on October 8, 2018, by Cosmos Mariner of Cape Canaveral, Florida.)

2. Story of a Strange Crime.
from the Saint Paul Daily Globe, Monday April 29, 1889
Where Parties Killed a Man Who Owed Them a Small Sum
and Long Evaded Conviction
But a Confession of Their Guilt Was Finally Made by One of Them.

One of the most shocking murders ever committed in the territory, that of the murder 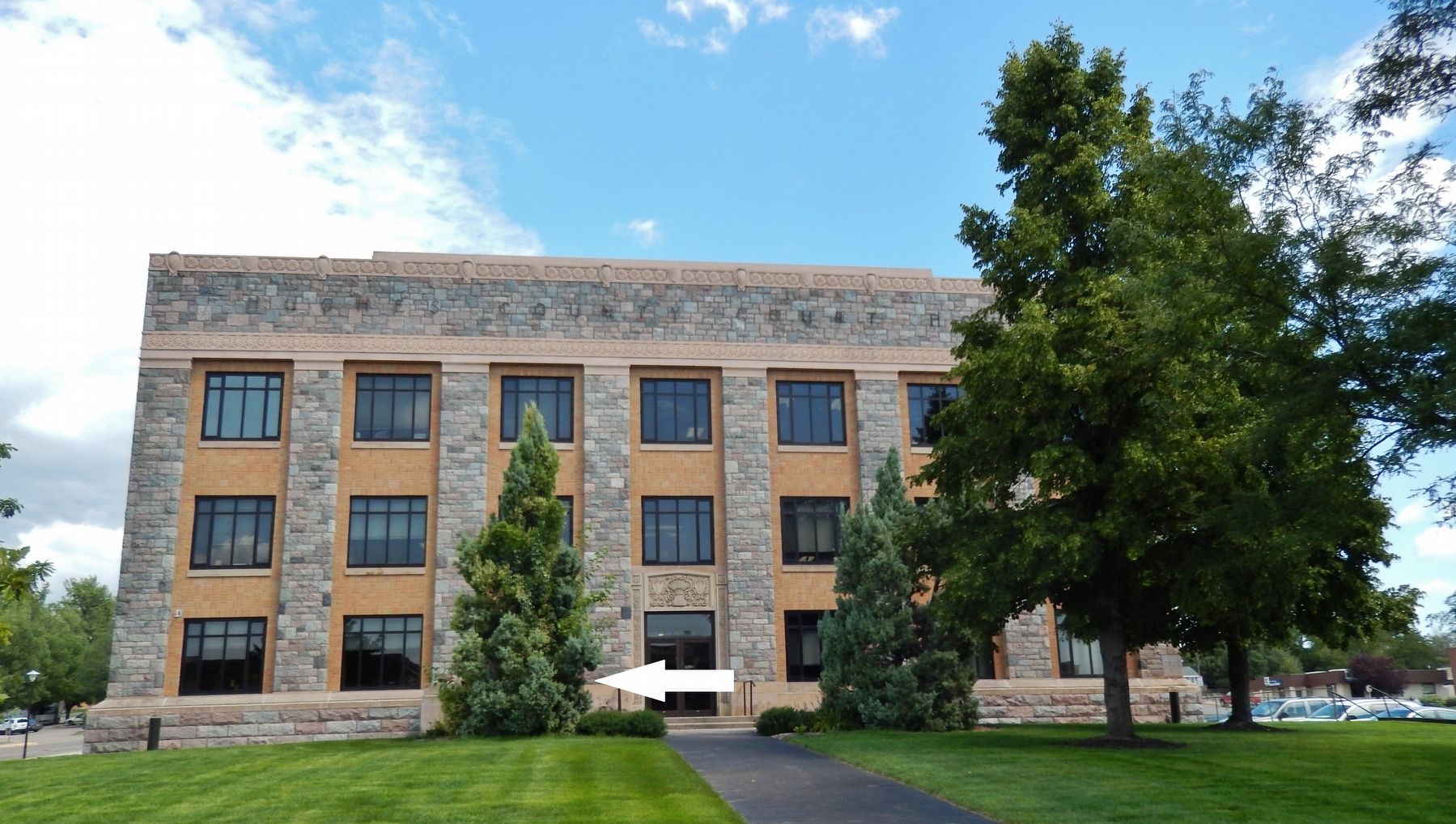 By Cosmos Mariner, August 19, 2016
3. First and Only Hanging in Hughes County Marker (view from street; marker obscured by tree)
of Forest G. Small by James H. Bell, in broad daylight, on Dec. 4, 1884. Small and Bell were young attorneys at Harrold, and, on the day of the murder, were on their way to Blunt to attend a case in which Small had sued Bell for a settlement. Bell drove back and forth until Small came along, and then proposed a settlement, which was agreed upon. Small was riding a pony, and Bell and Bennett were in a buggy. Small dismounted for the purpose of writing a receipt. Bell and Bennett got out of the buggy, and Bell turned the horse so that Small could step between the wheels to write. It was while Small was in the act of writing that Bell took a hatchet from beneath his coat and dealt the fatal blow while behind Small. He repeated his blows until Small's head was little better than a mass of jelly… (Submitted on October 8, 2018, by Cosmos Mariner of Cape Canaveral, Florida.)