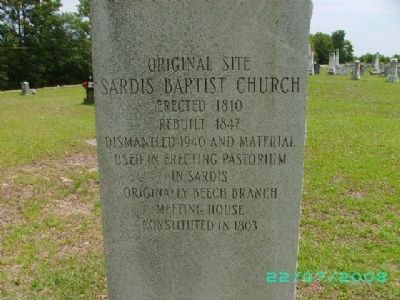 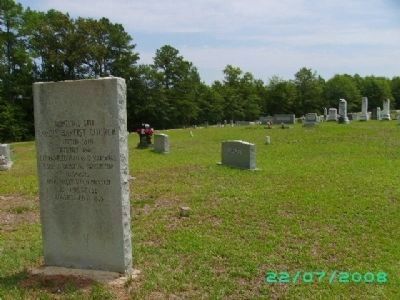 Click or scan to see
this page online
10.2 miles away); The 14th Corps at Lumpkin's Station (approx. 11 miles away). Touch for a list and map of all markers in Sardis.

Regarding Original Site Sardis Baptist Church. On the evening of September 28, 1803 thirteen believers met at one of the homes of the Beech Branch community for the purpose of forming a charter under the leadership of the Rev. Henry Hand and John Ross. The nine men and four women, calling themselves the "Beech Branch Meeting House," continued to congregate and in 1804 asked for admission to the Hephzibah Baptist Association. The Association "having found them of like faith and practice," admitted the group as Beech Branch Baptist Church.

Under the inaugural leadership of Rev. Hand, the official membership grew to forty members by the close of 1804. In December of 1808 a committee was appointed to "find a place on which to build a new meeting house somewhere near Boggy Gut Creek." Two months later a ten acre lot of land had been chosen "on the Savannah road near Squire Sapp's," and by March of 1810 a conference was held in the nearly completed building. At the conference, it was decided that the church should be called Sardis. 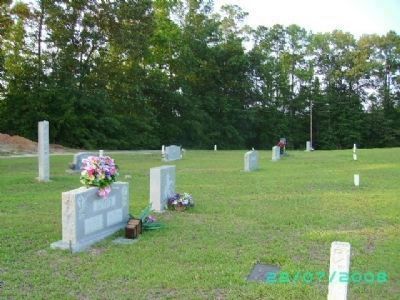 Photographed By Diana Boland, July 22, 2008
3. Section C and Marker
This section loops around the back of section A. These graves are located just behind the marker and in the area where the old church sat. The marker is to the left in this photo.
decided that the church would split racially. The white members remained in the church named Sardis and the African American members started their own church known by the original name, Beech Branch. This church is still active today on Highway 24 just outside Sardis, GA.

About two miles from Sardis Baptist Church lay a small crossroads community known as "Frog Wallow." The period around the turn of the century saw the further development of the Frog Wallow community, and its eventual renaming as Sardis, after the nearby Baptist church. Sardis Baptist Church decided to construct a new brick building in the town, and work on it was completed in 1949. The old structure remained for many years as an extra meeting house, and its location is now the site of the church cemetery. 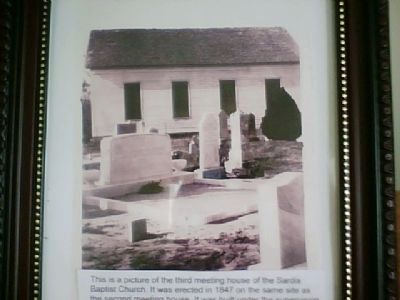 Photographed By Diana Boland
4. Original Sardis Baptist Church
This is a picture of the third meeting house of the Sardis Baptist Church. It was erected in 1847 on the same site as the second meeting house. It was built under the supervision of the following committee: William E. Sapp and B.I. Ellison. It was dedicated by the church pastor Rev. Joseph Pohill in November 1849. It was dismantled in 1939 and the pastorium was built from the material of the old church. 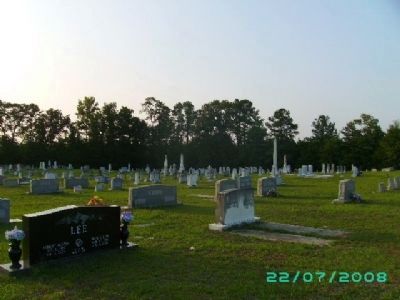 Photographed By Diana Boland, July 22, 2008
5. Section A
This photo was taken at the head of the road that divides section A/C and section B. This is the oldest section of the cemetery and contains graves dated from the 1800s to the present. The original church was positioned in the very back of this section. 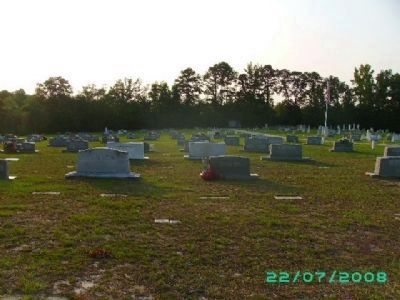 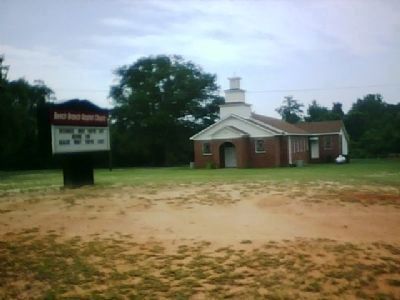