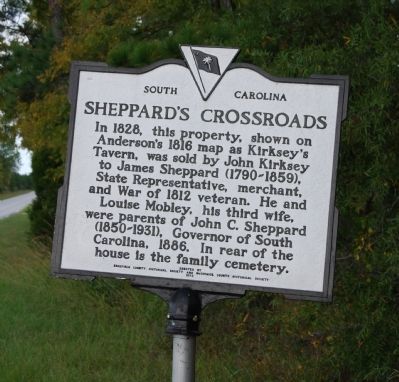 Photographed By Brian Scott, October 10, 2008
1. Sheppard's Crossroads Marker
Inscription.
Sheppard's Crossroads. . In 1828, this property, shown on Anderson's 1816 map as Kirksey's Tavern, was sold by John Kirksey to James Sheppard (1790-1859), state representative, merchant, and War of 18 12 veteran. He and Louise Mobley, his third wife, were parents of John C. Sheppard (1850-1931), governor of South Carolina in 1886. In rear of the house is the family cemetery. . This historical marker was erected in 1972 by Edgefield County Historical Society. It is in Edgefield in Edgefield County South Carolina

Topics. This historical marker is listed in these topic lists: Industry & Commerce • Roads & Vehicles • Settlements & Settlers • War of 1812. A significant historical year for this entry is 1828.

Other nearby markers. At least 10 other markers are within 13 miles of this marker, measured as the crow flies. Dr. Benjamin E. Mays (approx. 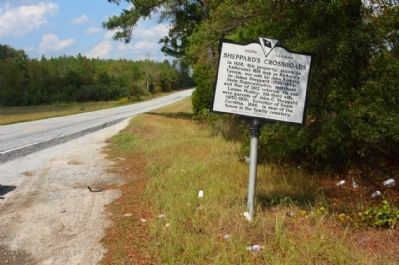 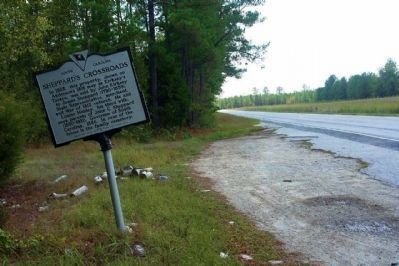