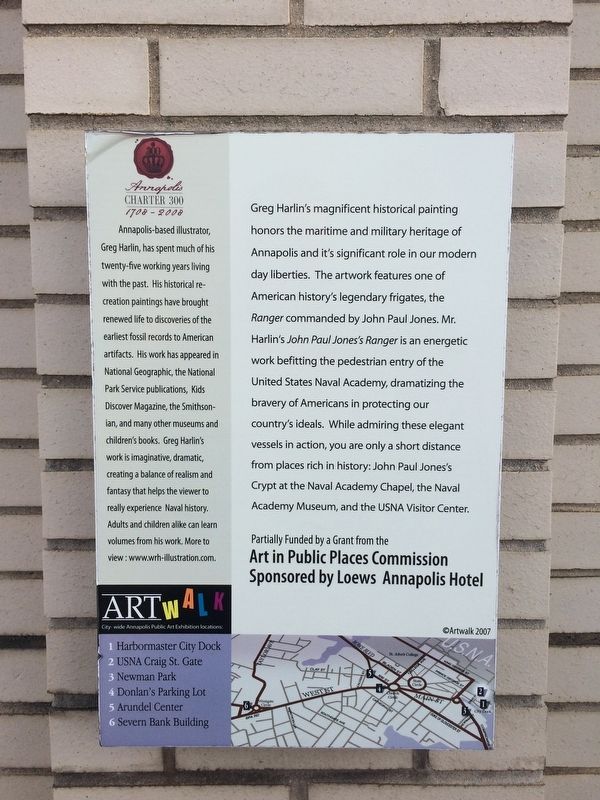 Greg Harlin's magnificent historical painting honors the maritime and military heritage of Annapolis and it's significant role in our modern day liberties. The artwork features one of American history's legendary frigates, the Ranger commanded by John Paul Jones. Mr. Harlin's John Paul Jones's Ranger is an energetic work befitting the pedestrian entry of the United States Naval Academy, dramatizing the bravery of Americans in protecting our country's ideals. While admiring these elegant vessels in action, you are only a short distance from places rich in history: John Paul Jones's Crypt at the Navel Academy Chapel, the Naval Academy Museum, and the USNA Visitor Center.

Erected 2007 by the City of Annapolis, partially funded by a grant from the Art in Public Places Commission, sponsored by Loews Annapolis Hotel. (Marker Number 2.) 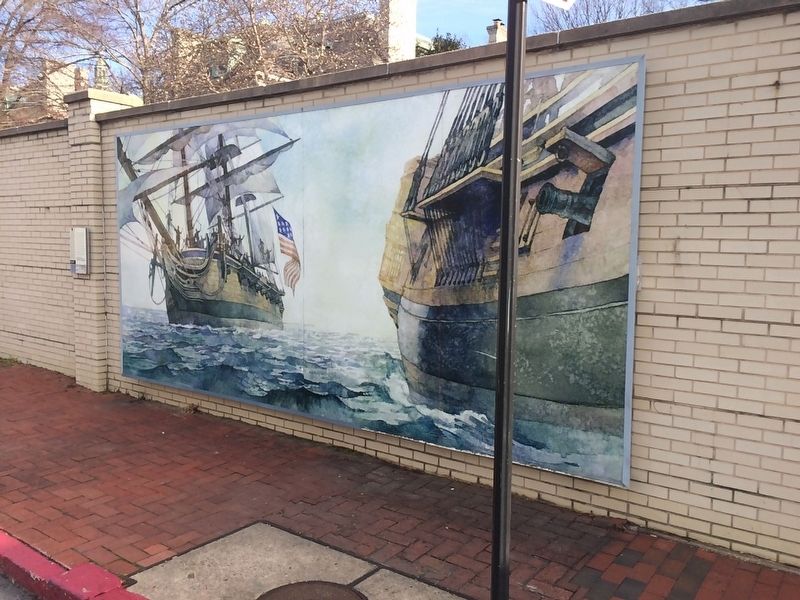