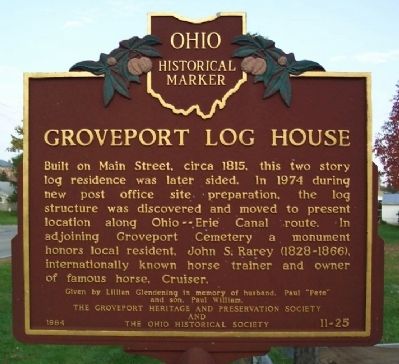 Erected 1984 by Lillian Glendening in memory of her husband, Paul "Pete" and son, Paul William. Sponsored by The Groveport Heritage and Preservation Society and The Ohio Historical Society. (Marker Number 11-25.)

Topics and series. This historical marker is listed in these topic lists: Cemeteries & Burial Sites • Settlements & Settlers • Waterways & Vessels. In addition, it is included in the Ohio and Erie Canal, and the Ohio Historical Society / The Ohio History Connection series lists. A significant historical year for this entry is 1815. 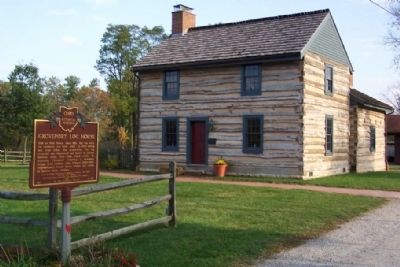 Click or scan to see
this page online
Marker is on Wilt Road, 0.1 miles west of Walnut Street, on the right when traveling east. Touch for map. Marker is in this post office area: Groveport OH 43125, United States of America. Touch for directions.

Regarding Groveport Log House. For more information about John Rarey, please see the John Rarey and "Cruiser" Marker in the Other nearby markers section. 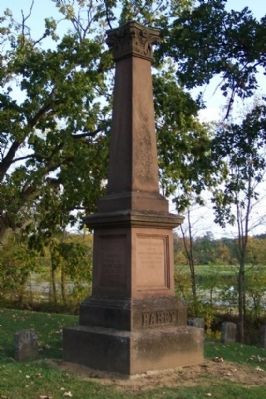 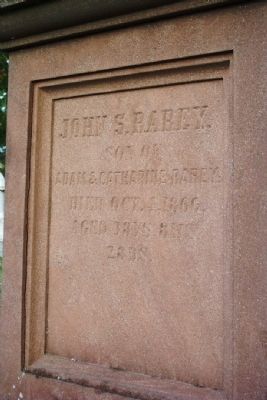