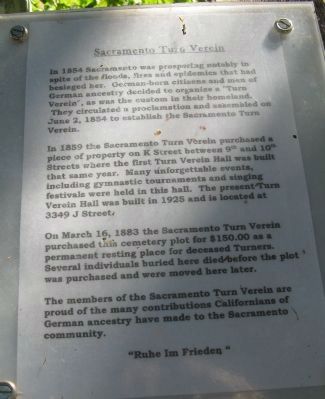 In 1854 Sacramento was prospering notably in spite of the floods, fires and epidemics that had besieged her. German-born citizens and men of German ancestry decided to organize a “Turn Verein”, as was the custom in their homeland. They circulated a proclamation and assembled on June 2, 1854 to establish the Sacramento Turn Verein.

On March 16, 1883 the Sacramento Turn Verein purchased this cemetery plot for $150.00 as a permanent resting place for deceased Turners. Several individuals buried here died before plot was purchased and were moved here later.

The members of the Sacramento Turn Verein are proud of the many contributions Californians of German ancestry have made to the Sacramento community.
"Ruhe Im Frieden" 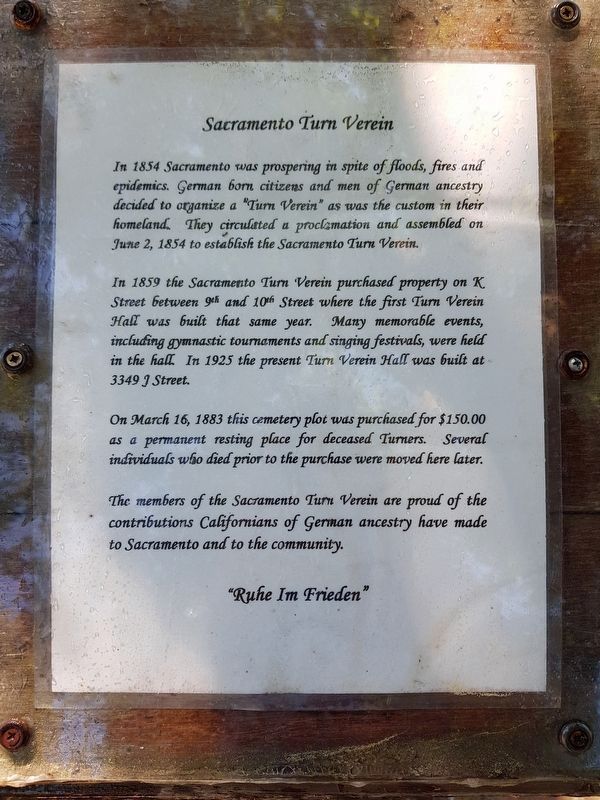 Photographed By J. Makali Bruton, July 2, 2019
2. Sacramento Turn Verein Marker
The marker appears to have been replaced at some point, however the text has not been changed.

Click or scan to see
this page online
marker is listed in these topic lists: Cemeteries & Burial Sites • Fraternal or Sororal Organizations. A significant historical month for this entry is March 1945. 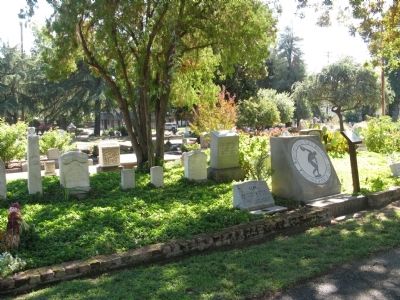 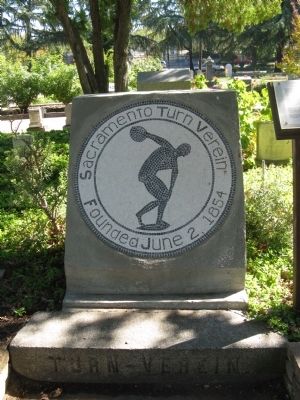