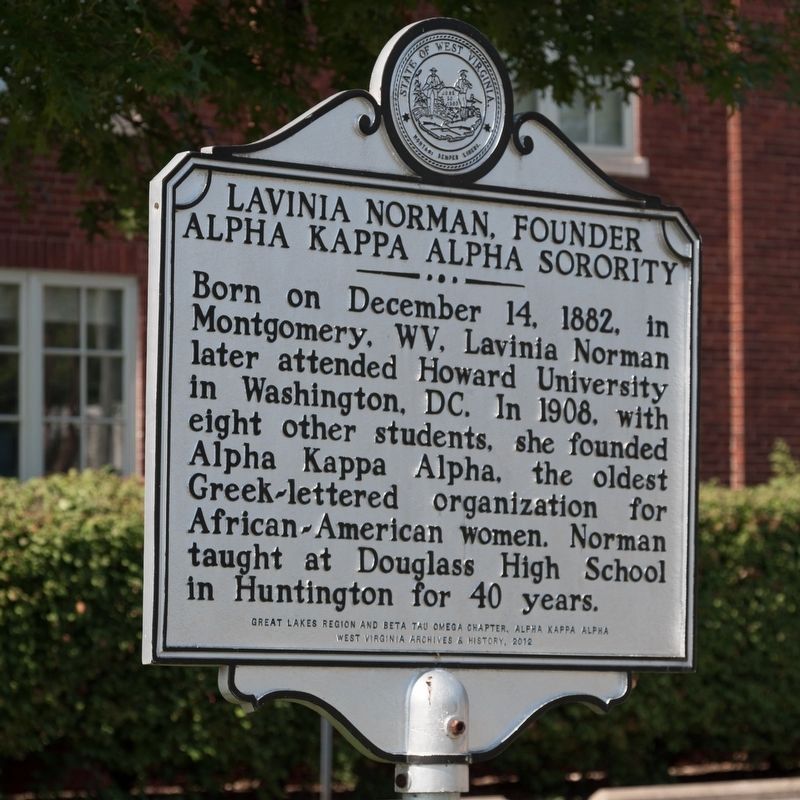 Marker series. This marker is included in the Historically Black Colleges and Universities marker series.

Location. 38° 24.858′ N, 82° 25.848′ W. Marker is in Huntington, West Virginia, in Cabell County. Marker is at the intersection of 10th Avenue and Douglass Street / A D Lewis Avenue, on the right when traveling west on 10th Avenue. It is at Douglass High School building, now the Douglass Centre. Touch for map. Marker is at or near this postal address: 1449 10th Ave, Huntington WV 25701, United States of America. Touch for directions.

Other nearby markers. At least 8 other markers are within walking distance of this marker. Carter Godwin Woodson (about 700 feet away, measured in a direct line); One Room School Museum (approx. 0.6 miles away); Marshall Memorial Boulevard 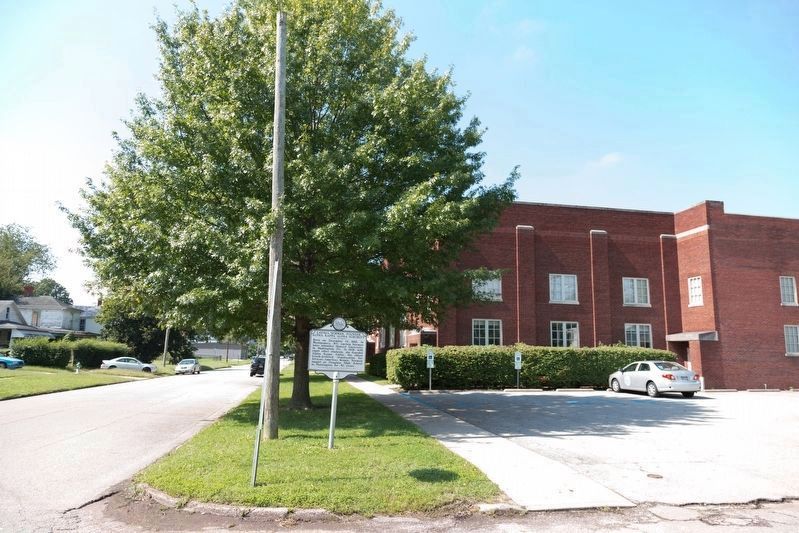 Also see . . .  AKA History. “Because they believed that Negro college women represented ‘the highest—more education, more enlightenment, and more of almost everything that the great mass of Negroes never had’ — Hedgeman and her cohorts worked to honor what she called ‘an everlasting debt to raise them (Negroes) up and to make them better.’ For more than a century, the Alpha Kappa Alpha Sisterhood has fulfilled that obligation by becoming an indomitable force for good in their communities, state, nation, and the world.” (Submitted on November 6, 2018.)