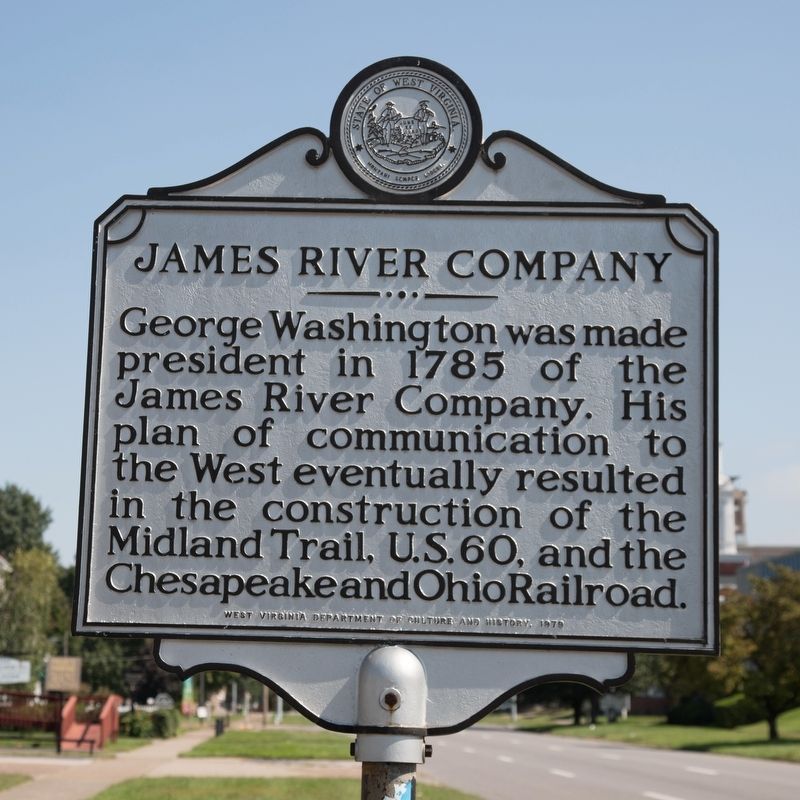 George Washington was made president in 1785 of the James River Company. His plan of communication to the West eventually resulted in the construction of the Midland Trail, U.S. 60, and the Chesapeake and Ohio Railroad.

Erected 1979 by West Virginia Department of Culture and History.

Topics and series. This historical marker is listed in these topic lists: Communications • Roads & Vehicles • Settlements & Settlers • Waterways & Vessels. In addition, it is included in the West Virginia Archives and History series list. A significant historical year for this entry is 1785.

Other nearby markers. At least 8 other markers are within walking distance of this marker. War of 1812 Memorial (about 600 feet away, measured in a direct line); Huntington (about 700 feet away); The Virginia State Road (approx. 0.2 miles away); Cabell County Cavalcade 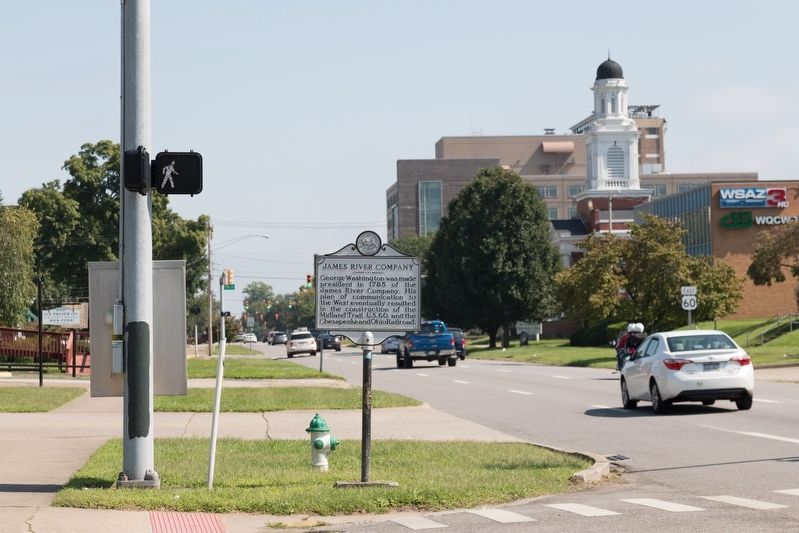 Also see . . .  Wikipedia entry for James River and Kanawha Canal. “Surveyed and planned by George Washington, the canal project was begun in 1785 as the James River Company, and later restarted under the James River and Kanawha Canal Company. It was an expensive project which failed several times financially and was frequently damaged by floods. Though largely financed by the Commonwealth of Virginia through the Virginia Board of Public Works, it was only half completed by 1851, reaching Buchanan, in Botetourt County. When work to extend it further west stopped permanently, railroads were overtaking the canal as a far more productive mode of transportation.