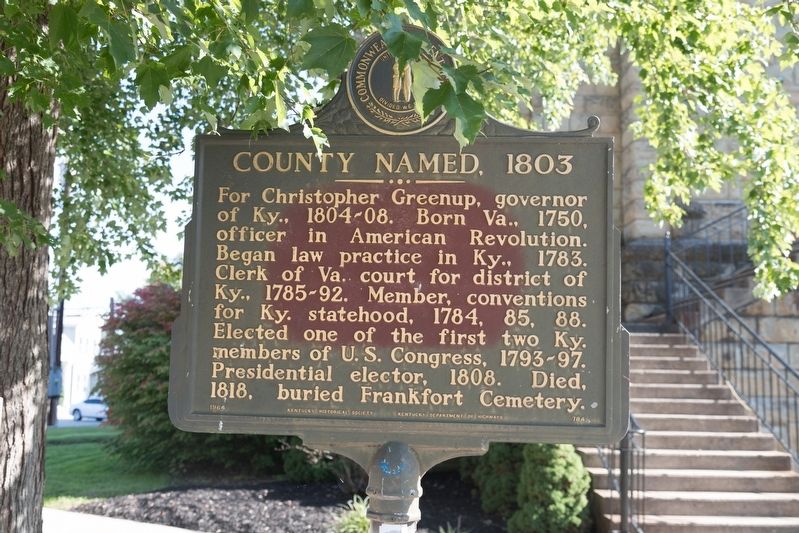 By J. J. Prats, September 30, 2018
1. County Named, 1803 Marker
Inscription.
County named, 1803, for Christopher Greenup, governor of Kentucky, 1804-08. Born in Virginia, 1750, officer in American Revolution. Began law practice in Kentucky, 1783. Clear of Virginia court for the district or Kentucky, 1785-92. Member, conventions for Kentucky statehood, 1784, 85, 88. Elected one of the first two Kentucky members of U.S. Congress, 1793-97. Presidential elector, 1808. Died, 1818, buried in Frankfort Cemetery. . This historical marker was erected in 1964 by Kentucky Historical Society and Kentucky Department of Highways. It is in Greenup in Greenup County Kentucky

Topics and series. This historical marker is listed in these topic lists: Cemeteries & Burial Sites • Settlements & Settlers • War, US Revolutionary. In addition, it is included in the Kentucky Historical Society series list. A significant historical year for this entry is 1803.

Location. 38° 34.688′ N, 82° 50.208′ W. Marker is in Greenup, Kentucky, in Greenup County. Marker is at the intersection of Main Street and Washington Street, on the left when traveling east on Main Street. Touch for map. Marker is in this post office area: Greenup KY 41144, United States of America. Touch for directions. 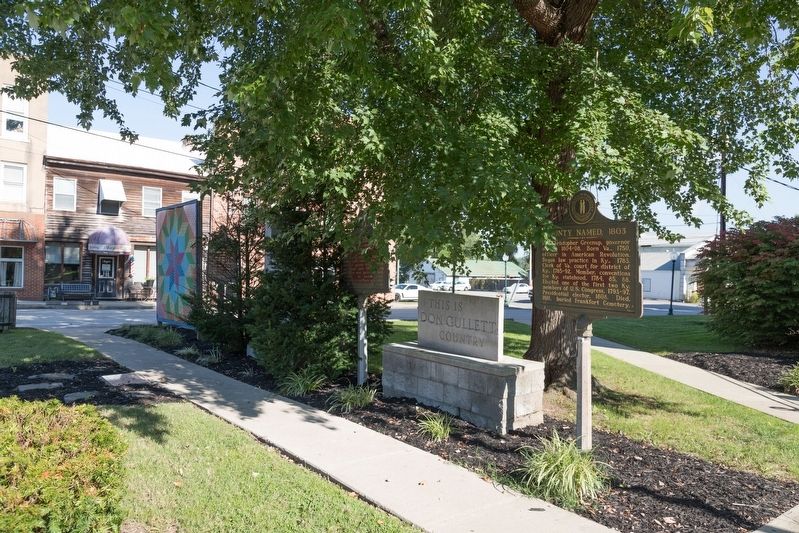 By J. J. Prats, September 30, 2018
2. County Named Marker and three others
This marker is the rightmost.

Also see . . .  Wikipedia Entry for Christopher Greenup. “After his service in the war, Greenup helped settle the trans-Appalachian regions of Virginia. He became involved in politics, and played an active role in three of the ten statehood conventions that secured the separation of Kentucky from Virginia in 1792. He became one of the state’s first representatives, and served in the Kentucky General Assembly before being elected governor in a race where, due to his immense popularity, he ran unopposed.” (Submitted on November 15, 2018.) 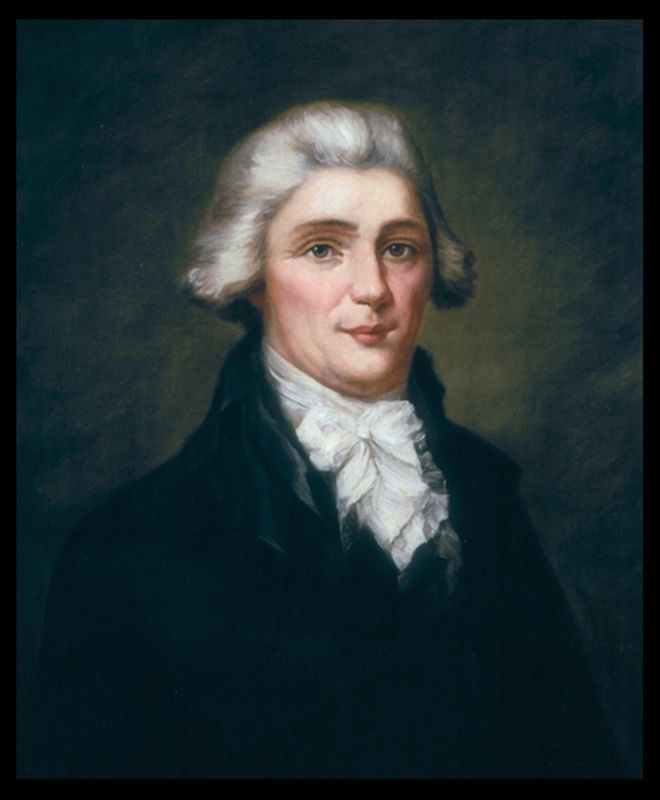