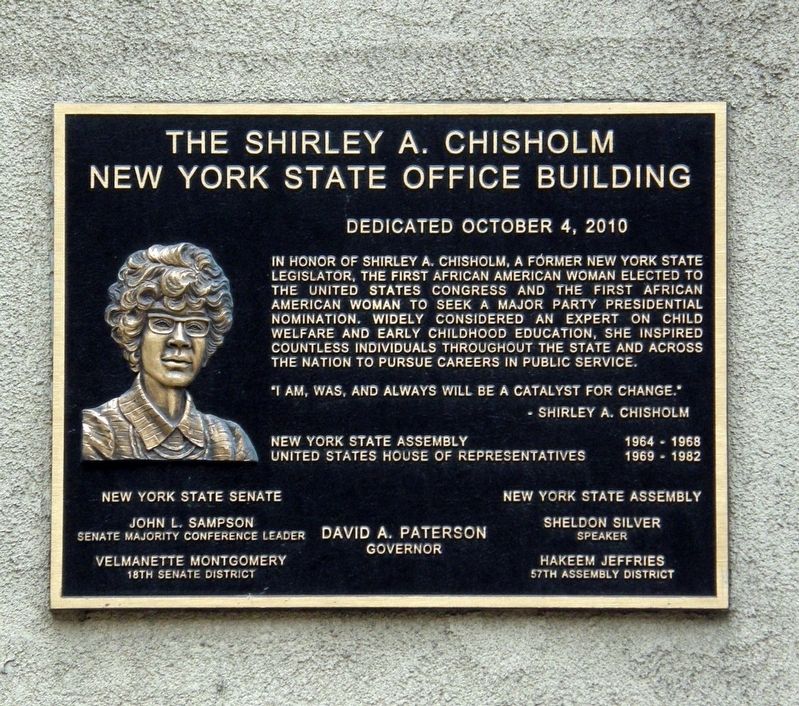 In honor of Shirley A. Chisholm, a former New York State Legislator, the first African-American woman elected to the United States Congress and the first African American woman to seek a major party presidential nomination. Widely considered an expert on child welfare and early childhood education, she inspired countless individuals throughout the state and across the nation to pursue careers in public service. 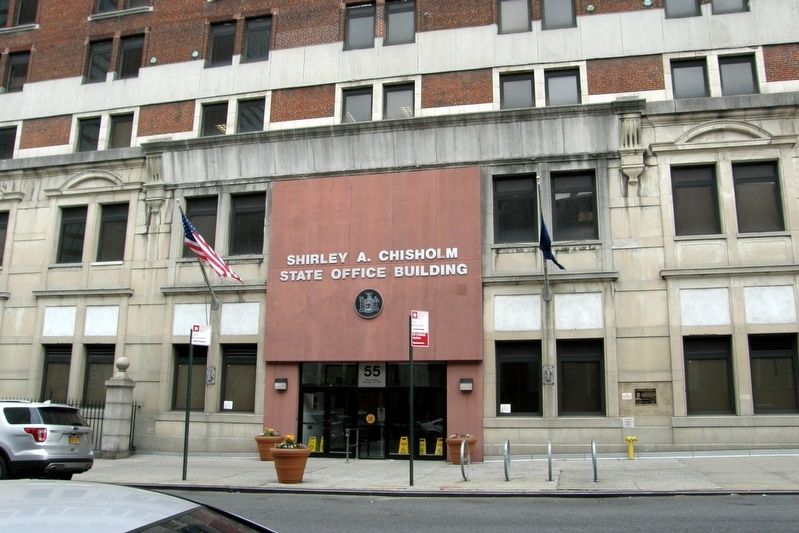 By Larry Gertner, May 6, 2018
2. The Shirley A. Chisholm New York State Office Building Marker site
Entrance to 55 Hanson Place. The marker is to the right of the entrance. 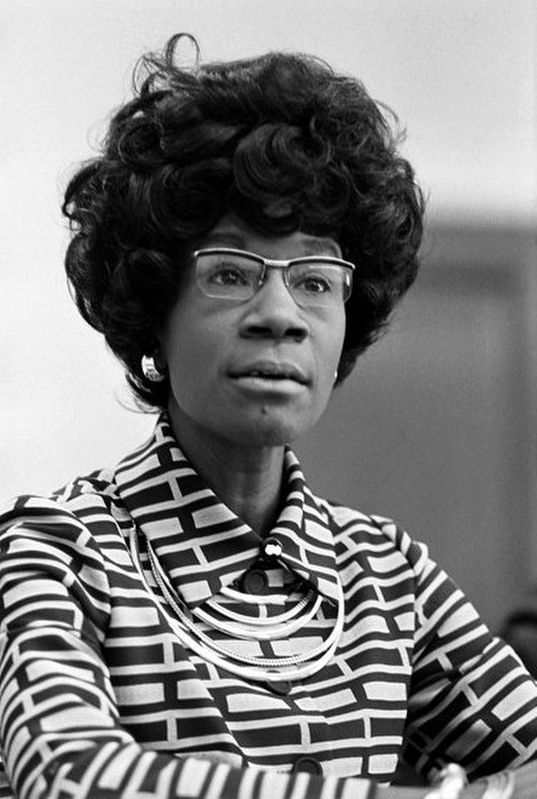