Site of the Original Toboggan Slide 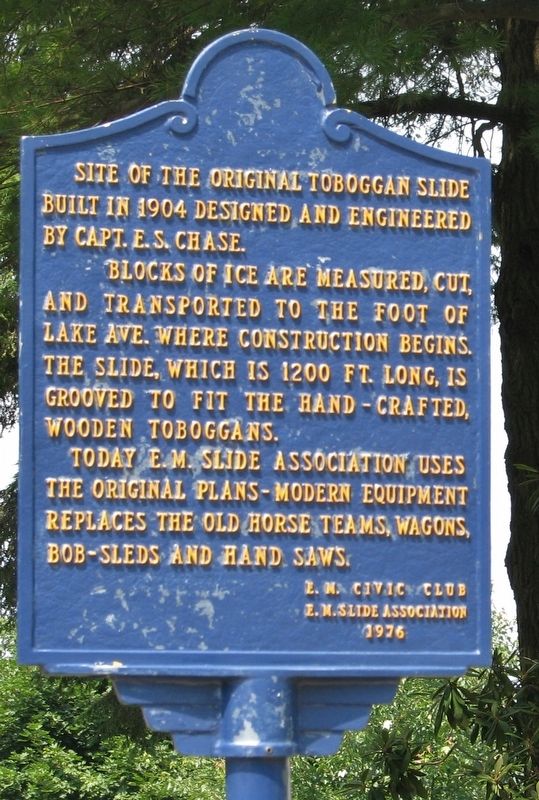 Site of the original toboggan slide built in 1904 designed and engineered by Capt. E. S. Chase.

Blocks of ice are measured, cut, and transported to the foot of Lake Ave. where construction begins. The slide, which is 1200 ft. long, is grooved to fit the hand-crafted, wooden toboggans.

Topics. This historical marker is listed in these topic lists: Man-Made Features • Parks & Recreational Areas • Sports. A significant historical year for this entry is 1904. 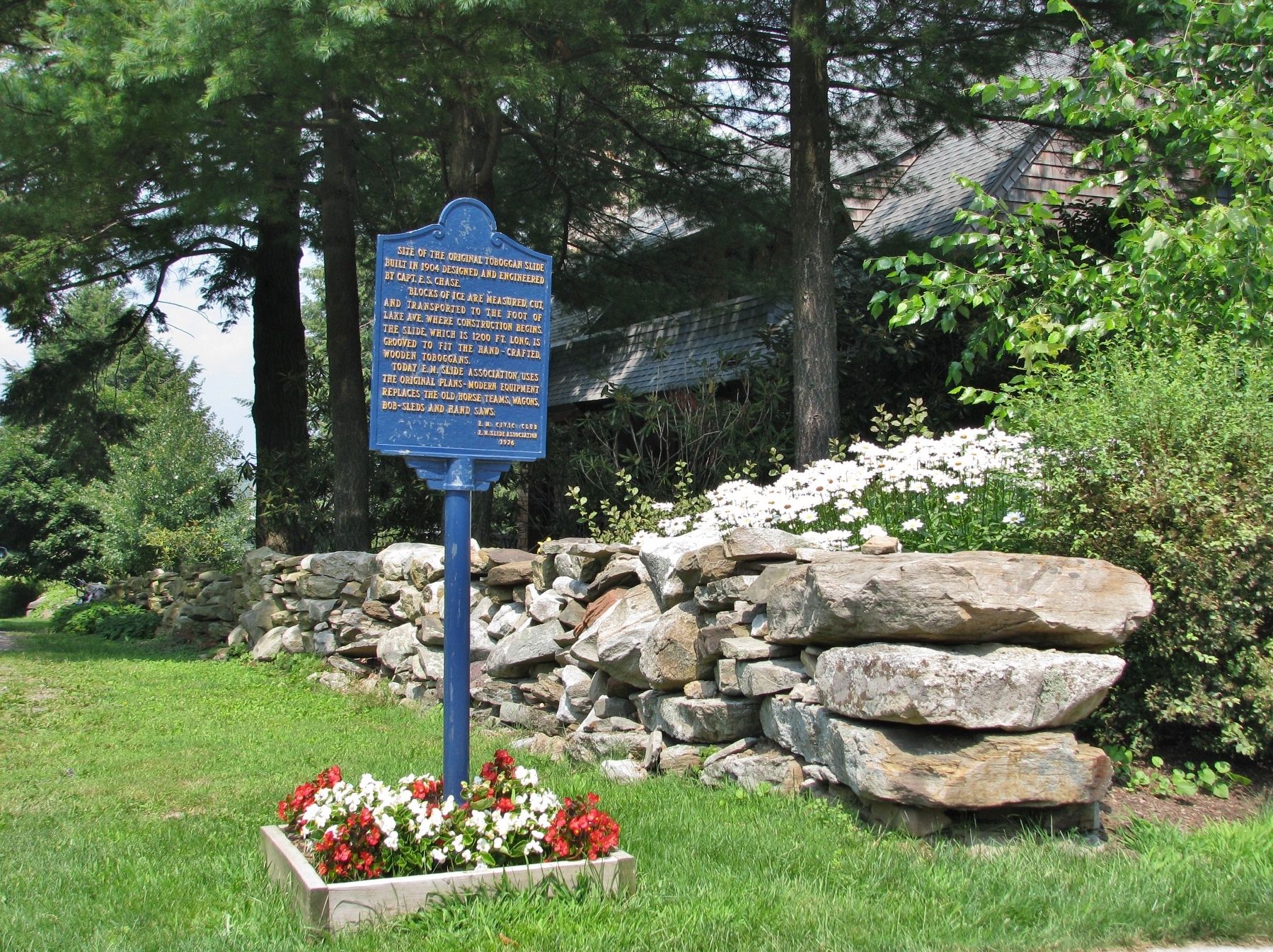 Click or scan to see
this page online
of the intersection, beside a three-foot tall, dry-stack rock fence. Touch for map. Marker is in this post office area: Eagles Mere PA 17731, United States of America. Touch for directions.

Also see . . .
1. Eagles Mere Toboggan Slide. Capt. E.S. Chase stood at the edge of the lake one January day watching his grandchildren. They asked him why he couldn’t build a “real good” toboggan slide down the slope of Lake Avenue. It was a logical idea. He began work on a design and method for building a toboggan slide that would be safe, sturdy and continued pleasure for Eagles Mere residents. The slide today is executed from these original plans using Capt. Chase’s planer and his method of grooving the ice. The Captain had a wooden toboggan built with three metal runners to fit the groove made in the ice of the slide. (Submitted on November 19, 2018, by Cosmos Mariner of Cape Canaveral, Florida.)