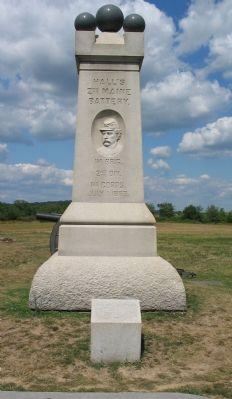 Topics. This historical marker is listed in this topic list: War, US Civil. A significant historical month for this entry is July 1823.

Location. 39° 50.272′ N, 77° 15.093′ W. Marker is in Cumberland Township, Pennsylvania, in Adams County. Marker is at the intersection of Chambersburg Pike (U.S. 30) and Stone Avenue, on the right when traveling west on Chambersburg Pike. Located near the McPherson Barn in Gettysburg National Military Park. Touch for map. Marker is in this post office area: Gettysburg PA 17325, United States of America. Touch for directions. 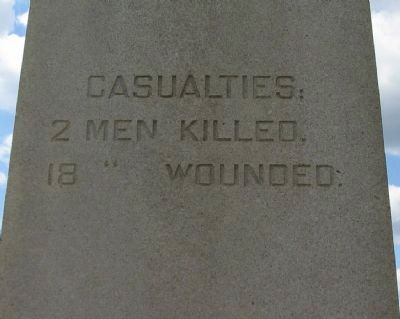 Related markers. Click here for a list of markers that are related to this marker. Hall's Battery at Gettysburg. 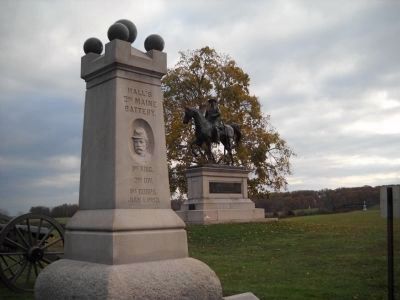 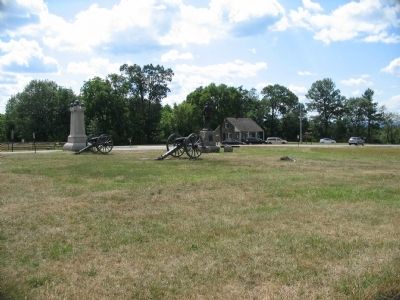 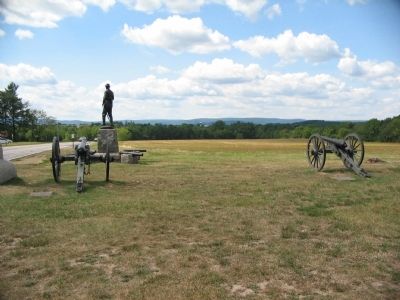 Photographed By Craig Swain, August 16, 2008
5. Hall's Battery Contests Confederate Advance
Hall's battery initially deployed to relieve Calef's Battery along the Chambersburg Road in the mid-morning phase of the first day battle. Essentially, Calef's, then Hall's, batteries were engaged in a lopsided duel with an entire battalion (five batteries) of Confederate guns. When elements of Davis' Confederate Brigade advanced, Hall conducted a retreat in close quarters. With some luck and much quick thinking, the battery managed to get away losing only one gun. However two of remaining five guns were disabled. The one abandoned gun was later retrieved. 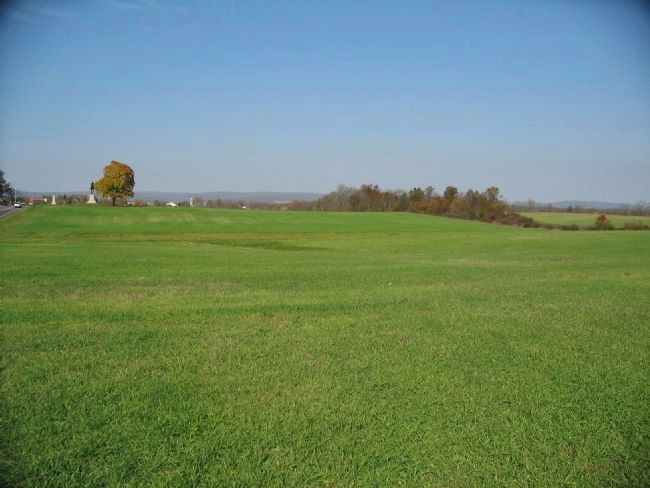 Photographed By Craig Swain, November 1, 2008
6. "The Boys Fought Like the Devil"
Looking from modern Reynolds Avenue toward the west between the Chambersburg Pike (left) and railroad (right). The high ground where Hall's Battery was deployed is around the lone tree to the left near the Reynolds Equestrian Statue. After driving off the 147th New York north of the railroad, Davis' Confederate Brigade charged over the open ground toward the Pike. The 42nd Mississippi attempted to capture Hall's guns, advancing from the railroad on the right toward the battery. The determined defense by the artillerymen along with the arrival of the 14th Brooklyn (84th New York), checked the Confederate advance here. 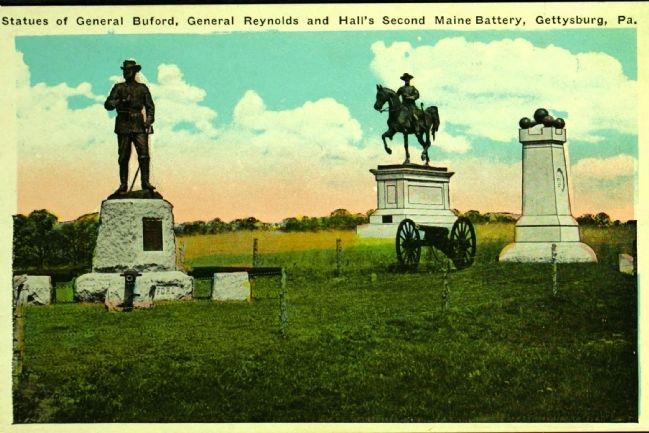