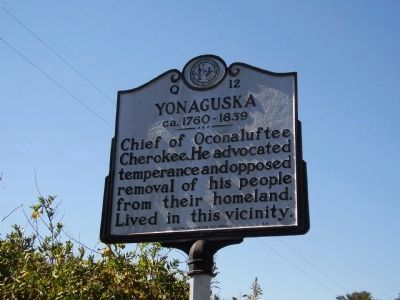 Photographed By Stanley and Terrie Howard, October 19, 2008
1. Yonaguska Marker
Inscription.
Yonaguska. ca. 1760-1839. Chief of Oconaluftee Cherokee. He advocated temperance and opposed removal of his people from their homeland. Lived in this vicinity. . This historical marker was erected in 1996 by Division of Archives and History. It is in Bryson City in Swain County North Carolina

Chief of Oconaluftee Cherokee. He advocated temperance and opposed removal of his people from their homeland. Lived in this vicinity.

Erected 1996 by Division of Archives and History. (Marker Number Q-12.)

Topics and series. This historical marker is listed in these topic lists: Government & Politics • Native Americans. In addition, it is included in the North Carolina Division of Archives and History series list. 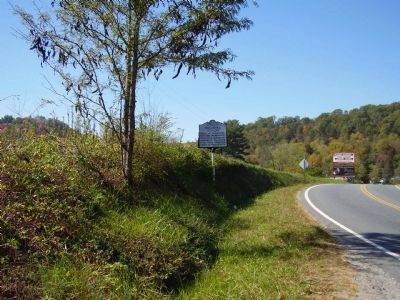 Click or scan to see
this page online
(approx. 2.8 miles away); William H. Thomas (approx. 3.4 miles away). Touch for a list and map of all markers in Bryson City.

Also see . . .  Yonaguska (1760? - 1839). "Considered by many to be the last great chief of the Cherokee, Yonaguska (also known as Drowning Bear) consistently cooperated with the United States government ... In the end, Yonaguska’s temperance reform helped his followers keep their land..." (Submitted on October 20, 2008, by Kevin W. of Stafford, Virginia.) 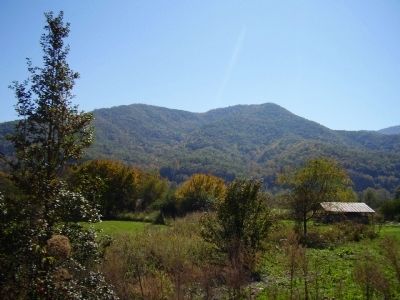