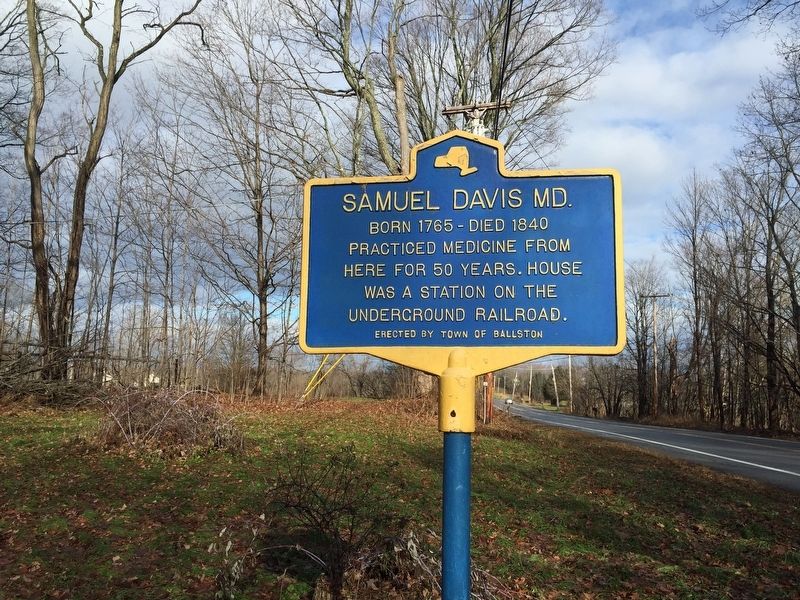 By Steve Stoessel, December 3, 2018
1. Samuel Davis MD Marker
Inscription.
Samuel Davis MD. . Born 1765 - Died 1840 . Practiced medicine from here for 50 years. House was a station on the Underground Railroad. . This historical marker was erected by Town of Ballston Spa. It is in Ballston Spa in Saratoga County New York

Born 1765 - Died 1840
Practiced medicine from here for 50 years. House was a station on the Underground Railroad.

Erected by Town of Ballston Spa. 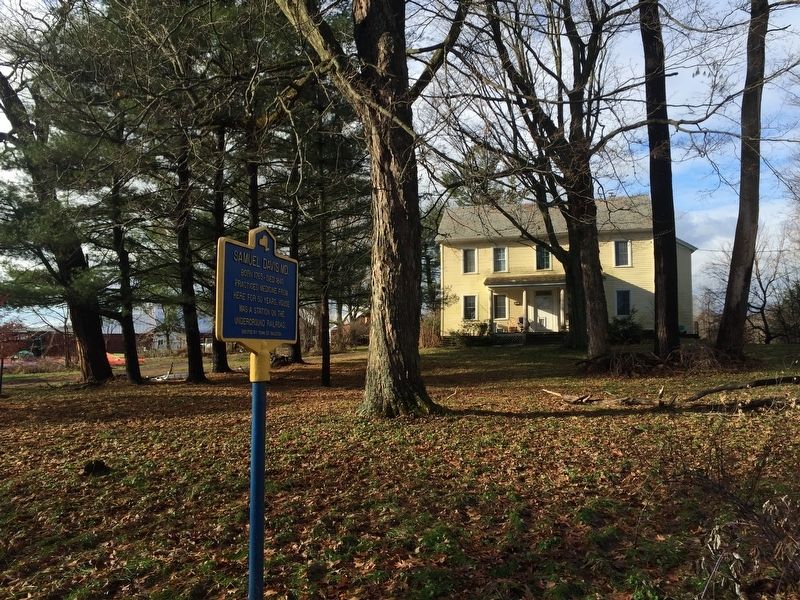 By Steve Stoessel, December 3, 2018
2. Samuel Davis MD Marker site
in 1765. His father, John Davis, left England in the early part of the seventeenth century, and settled in Massachusetts, and afterwards removed to Long Island, where he successfully engaged in farming and the manufacture of leather. Samuel, the first son by his second wife, at an early age chose the profession of medicine, and was distinguished as a surgeon and physician of the old school. He studied his profession with Dr. Turner, of Stonington, one of the most distinguished physicians and surgeons of his day. After the completion of his medical course, which he did with great honor to himself, he emigrated to Schoharie , NY where he practiced with great acceptance among the inhabitants for two years. Then Brian Palmer and Seth C. Baldwin, two influential men of Ballston, Saratoga Co., learning from highly respectable men of Albany, who had become acquainted with him, of his skill and success for a man so young ( being then scarely twenty-five years of age), induced him to leave Schoharie and settle in Ballston, NY