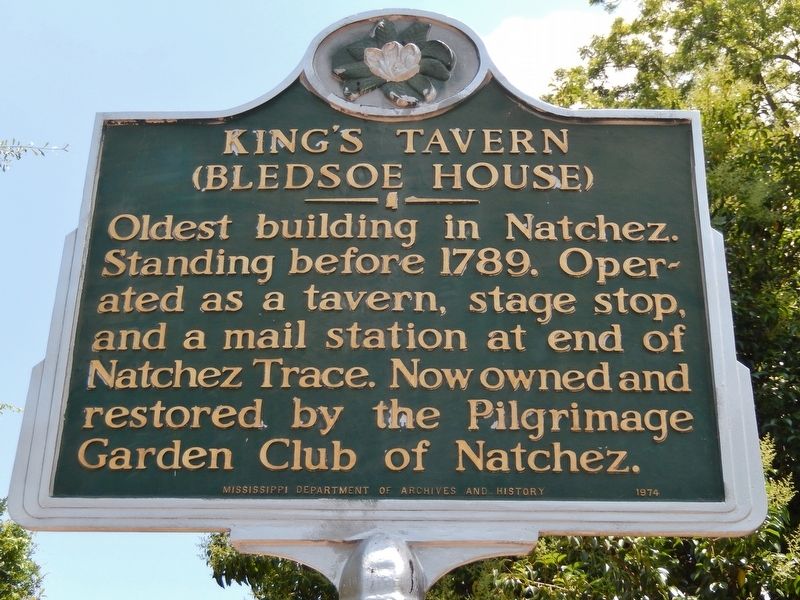 By Cosmos Mariner, May 22, 2014
1. King's Tavern Marker
Inscription.
King's Tavern. (Bledsoe House). Oldest building in Natchez. Standing before 1789. Operated as a tavern, stage stop, and mail station at the end of Natchez Trace. Now owned and restored by the Pilgrimage Garden Club of Natchez. . This historical marker was erected in 1974 by Mississippi Department of Archives and History. It is in Natchez in Adams County Mississippi

Oldest building in Natchez. Standing before 1789. Operated as a tavern, stage stop, and mail station at the end of Natchez Trace. Now owned and restored by the Pilgrimage Garden Club of Natchez.

Erected 1974 by Mississippi Department of Archives and History.

Topics and series. This historical marker is listed in these topic lists: Communications • Industry & Commerce • Roads & Vehicles. In addition, it is included in the Mississippi State Historical Marker Program, and the Postal Mail and Philately series lists.

Location. 31° 33.618′ N, 91° 23.961′ W. Marker is in Natchez, Mississippi, in Adams County. Marker is on Jefferson Street west of North Rankin Street, on the right when traveling west. Marker is located beside the sidewalk, just inside the fence, directly in front of the subject building, near the main entrance. Touch for map. Marker is at or near this postal address: 613 Jefferson Street, Natchez MS 39120, United States of America. Touch for directions. 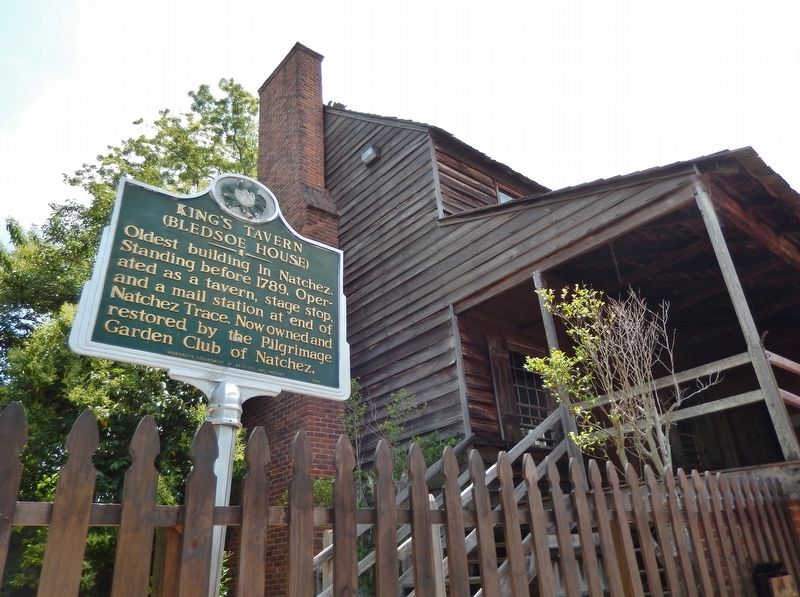 Also see . . .
1. King’s Tavern – Natchez, Mississippi. Natchez is the first European settlement on the Mississippi River, and the King’s Tavern is reported to be the town’s first structure, a National Historic Landmark whose history dates back to the late 1700’s. Richard King built his namesake tavern from the boards of boats brought ashore by longboat shipmen. The tavern served travelers, boatmen, and the outlaws who preyed on them. In 1817 Richard King sold the tavern to a family. The building served as a private residence for 150 years until until it was sold again in 1973 and eventually re-opened as a restaurant and bar. (Submitted on December 5, 2018, by Cosmos Mariner of Cape Canaveral, Florida.)

2. King's Tavern. When the British moved in and established the nearby Fort Panmure, the King's Tavern building was originally built to be a block house for the fort. As there was no saw mill near this frontier town, this building and other structures 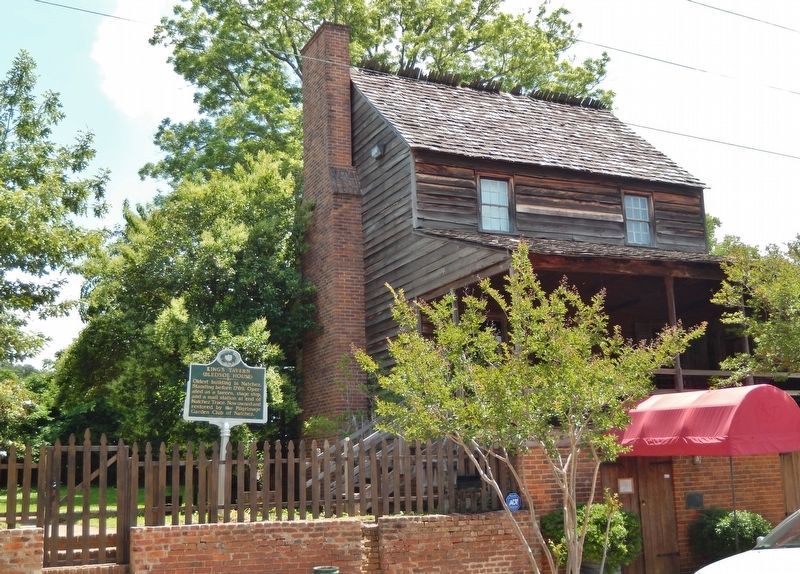 By Cosmos Mariner, May 22, 2014
3. King's Tavern Marker (wide view)
were constructed using beams taken from scrapped New Orleans sailing ships, which were brought to Natchez via mule. Another source of wood used in the King's Tavern building construction were barge boards from flat river boats, which were dismantled and sold after arriving in Natchez with their goods after traveling down the Ohio and Mississippi Rivers. Boatmen couldn't take their flat boats back up these rivers, so they just added to their profit by selling the boats as wood, which was needed to build Natchez. (Submitted on December 5, 2018, by Cosmos Mariner of Cape Canaveral, Florida.) 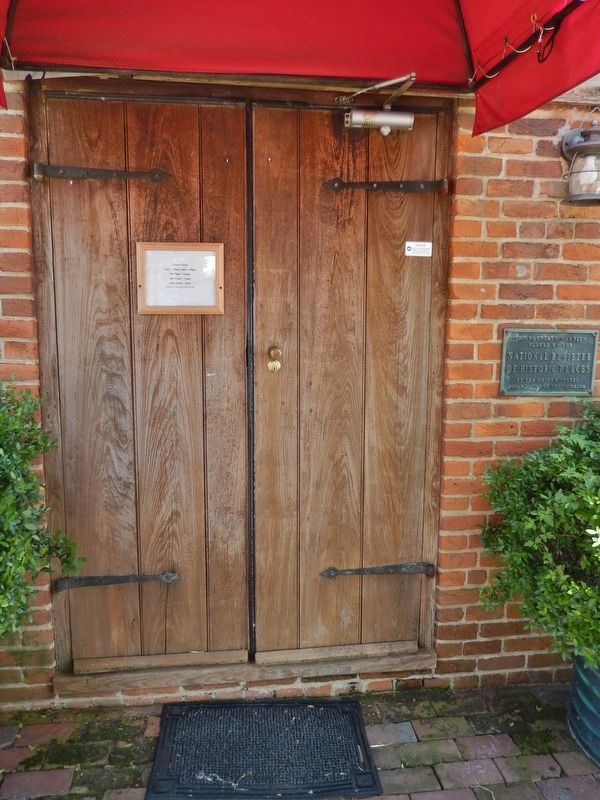 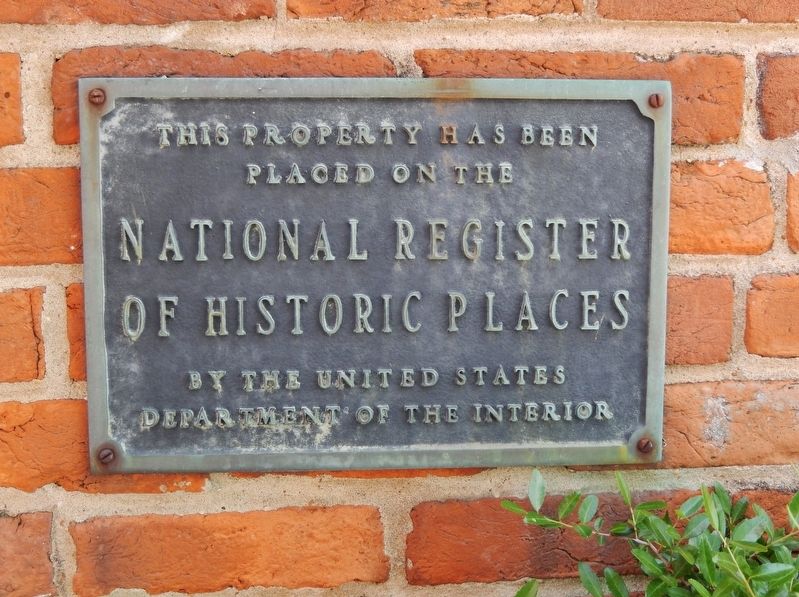 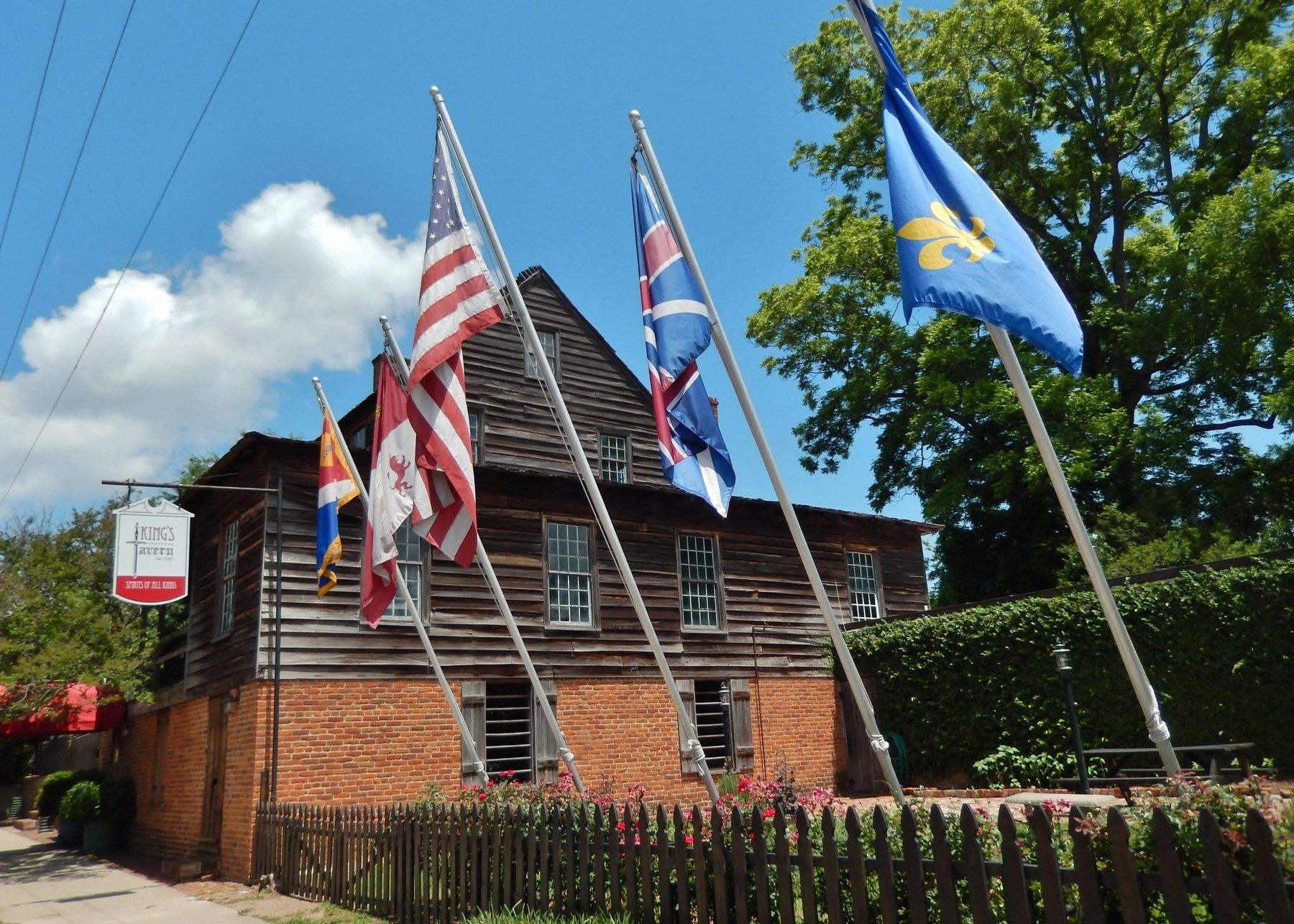