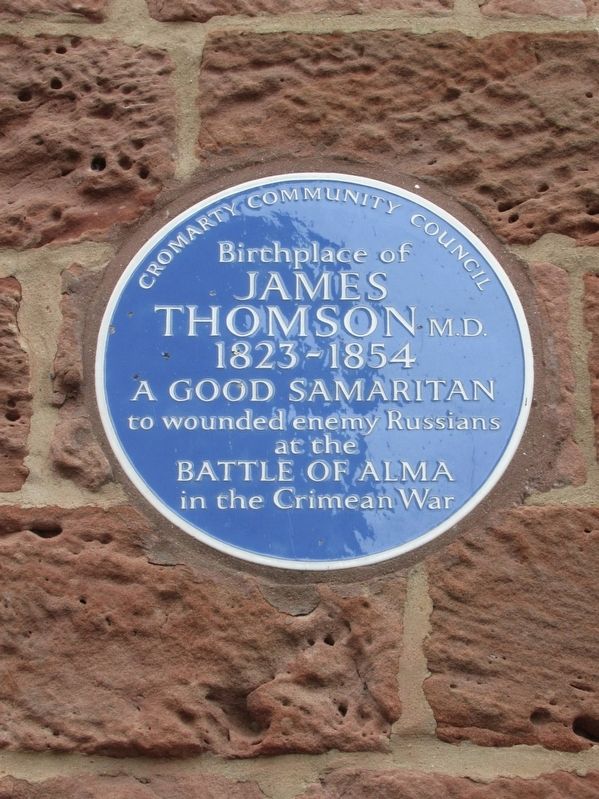 Cromarty Community Council
Birthplace of
James Thomson M.D.
1823 – 1854
A Good Samaritan
to wounded enemy Russians
at the
Battle of Alma
In the Crimean War

Topics. This historical marker is listed in this topic list: Science & Medicine. A significant historical year for this entry is 1823. 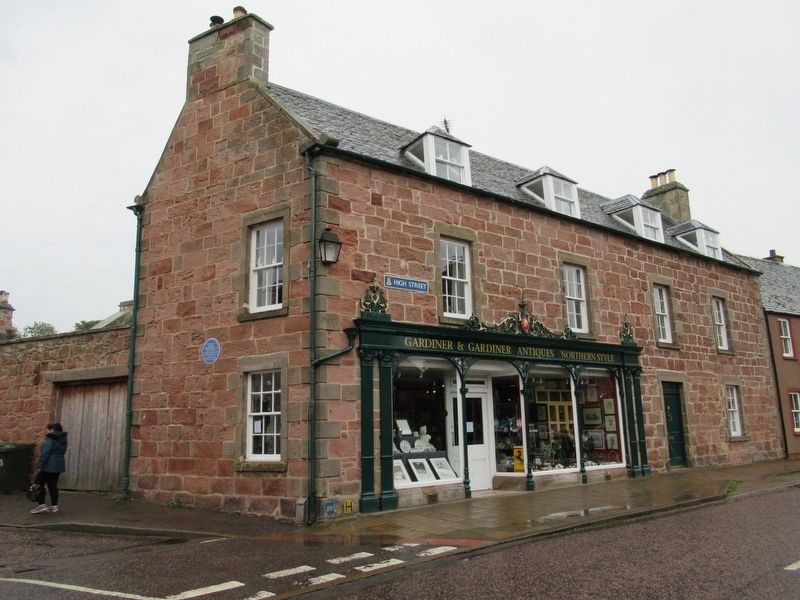 As a young man, James Thomson qualified as a doctor and chose to join the Army Medical Service at a time of international tension and warfare. His subsequent actions were both heroic and selfless. After the First Battle of Alma, in the Crimean War in 1854, he volunteered to stay behind, with the sole assistance of his batman, and attend to the hundreds of wounded enemy soldiers. Persevering in dire circumstances, he managed to save hundreds of Russian lives, only to then contract cholera and die within a few days of being relieved. James Thomson was recognised in Parliament and across the land for his bravery at the time. — Cromarty History Society
Credits. This page was last revised on January 27, 2022. It was originally submitted on December 10, 2018, by Michael Herrick of Southbury, Connecticut. This page has been viewed 111 times since then and 18 times this year. Photos:   1, 2. submitted on December 10, 2018, by Michael Herrick of Southbury, Connecticut.
Share this page.