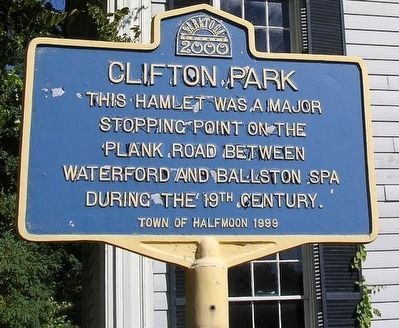 By Howard C. Ohlhous, October 14, 2006
1. Clifton Park Marker
Inscription.
Clifton Park. . This hamlet was a major stopping point on the plank road between Waterford and Ballston Spa during the 19th Century . This historical marker was erected in 1999 by Town of Halfmoon. It is in Clifton Park in Saratoga County New York

More about this marker. Marker is in poor condition on its northern side. 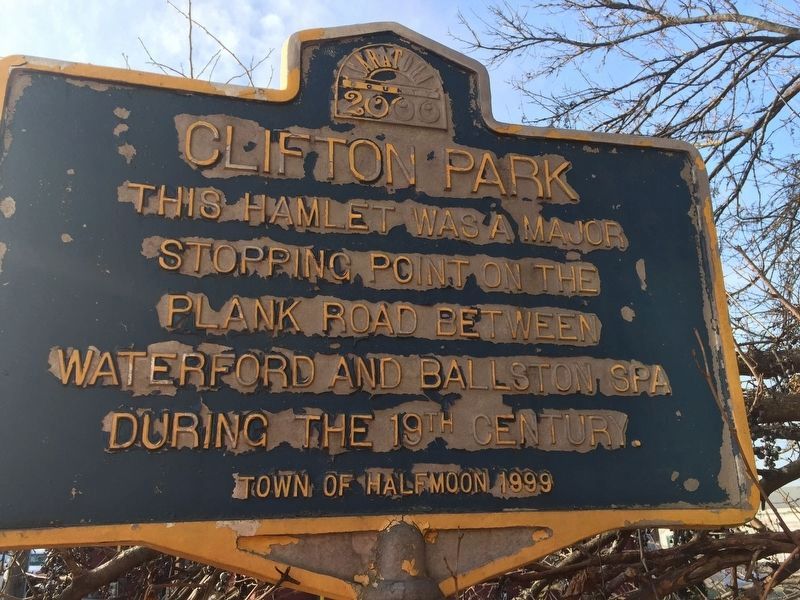 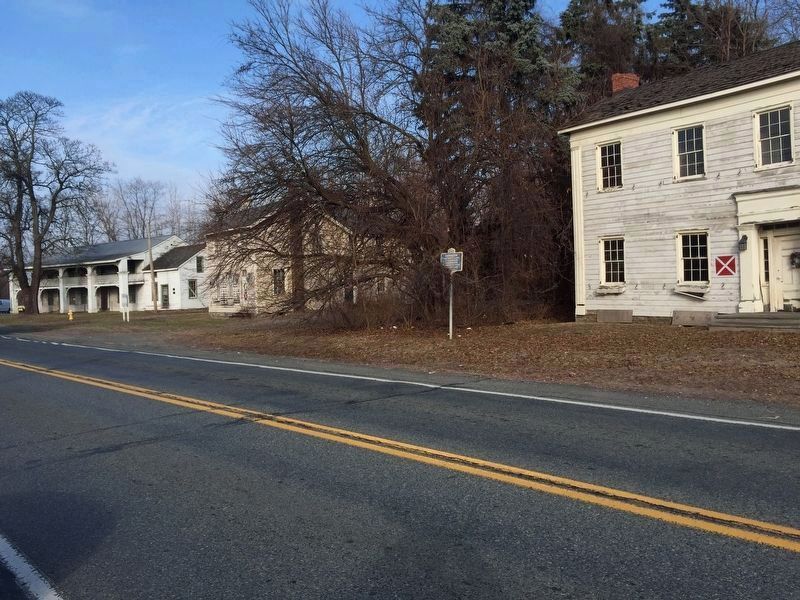 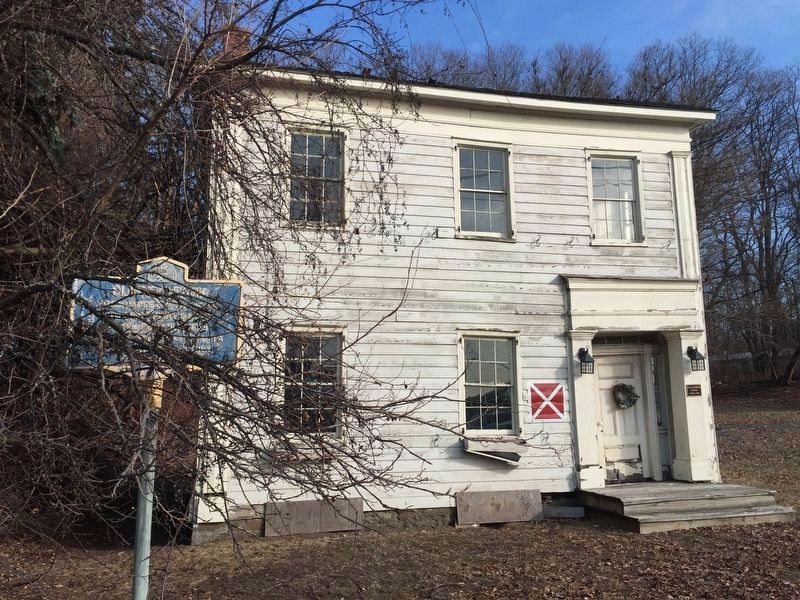 By Steve Stoessel, December 11, 2018
4. Clifton Park Marker
The marker stands in front of the Van Voorhees House built in ca. 1834 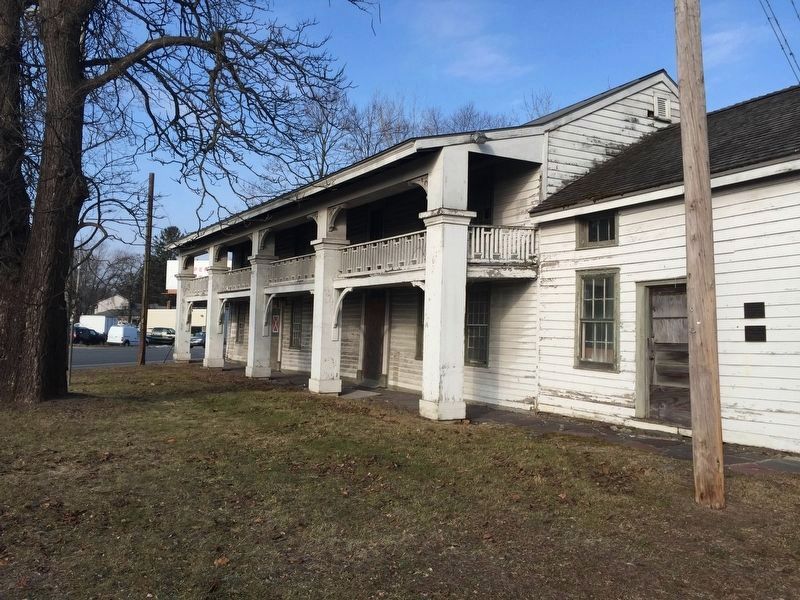