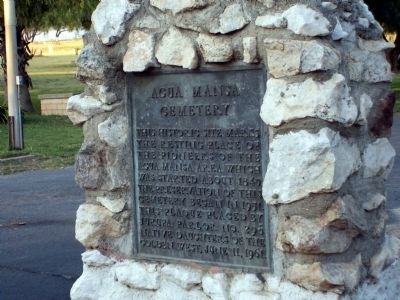 By Drew W, March 16, 2013
1. Agua Mansa Marker
Inscription.
Agua Mansa Cemetery. . This historic site marks the resting place of the pioneers of the Agua Mansa area which was started about 1840. The preservation of this cemetery began in 1951. . This historical marker was erected in 1961 by Jurupa Palor No. 296 Native Daughters of the Golden West. It is in Colton in San Bernardino County California

This historic site marks the resting place of the pioneers of the Agua Mansa area which was started about 1840. The preservation of this cemetery began in 1951.

Topics and series. This historical marker is listed in this topic list: Cemeteries & Burial Sites. In addition, it is included in the California Historical Landmarks, and the Native Sons/Daughters of the Golden West series lists.

Other nearby markers. At least 8 other markers are within 5 miles of this marker, measured as the crow flies. Trujillo Adobe (approx. 1.7 miles away); Highgrove Hydroelectric Plant (approx. 2.4 miles away); Harada House (approx. 3.8 miles away); Robidoux Grist Mill Site 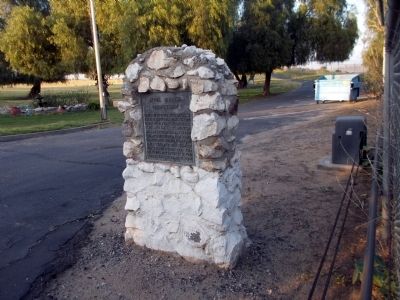 More about this marker. This is California Historical Landmark No. 121.
California Historical Landmark Statement of Significance:
Don Juan Bandini, owner of the Jurupa Rancho, donated parts of his rancho to a group of New Mexican colonists in 1845 on the understanding that they would aid in repelling Indian raids on his stock. The community was named Agua Mansa - Gentle Water - and was prosperous until 1862, when a great flood suddenly swept down the Santa Ana, carrying away the village of adobe buildings and covering the fields with sand and gravel. The village was rebuilt on higher ground, but never regained its former prosperity. 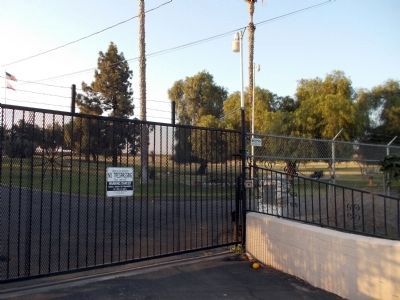 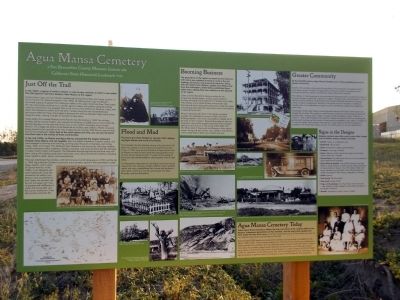 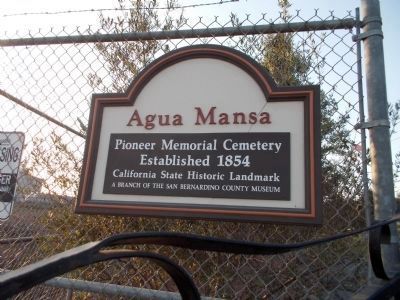 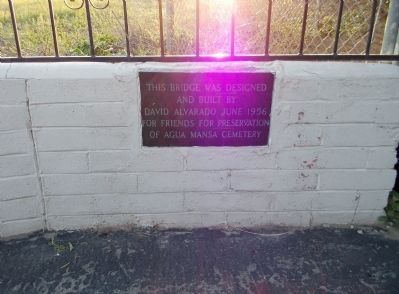