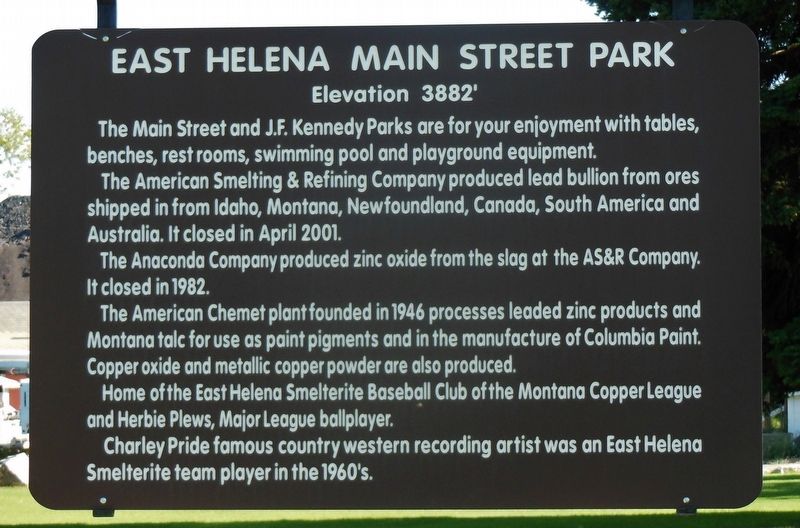 The Main Street and J.F. Kennedy Parks are for your enjoyment with tables, benches, rest rooms, swimming pool and playground equipment.

The Anaconda Company produced zinc oxide from the slag at the AS&R Company. It closed in 1982.

The American Chemet plant founded in 1946 processes leaded zinc products and Montana talc for use as paint pigments and in the manufacture of Columbia Paint. Copper oxide and metallic copper powder are also produced. 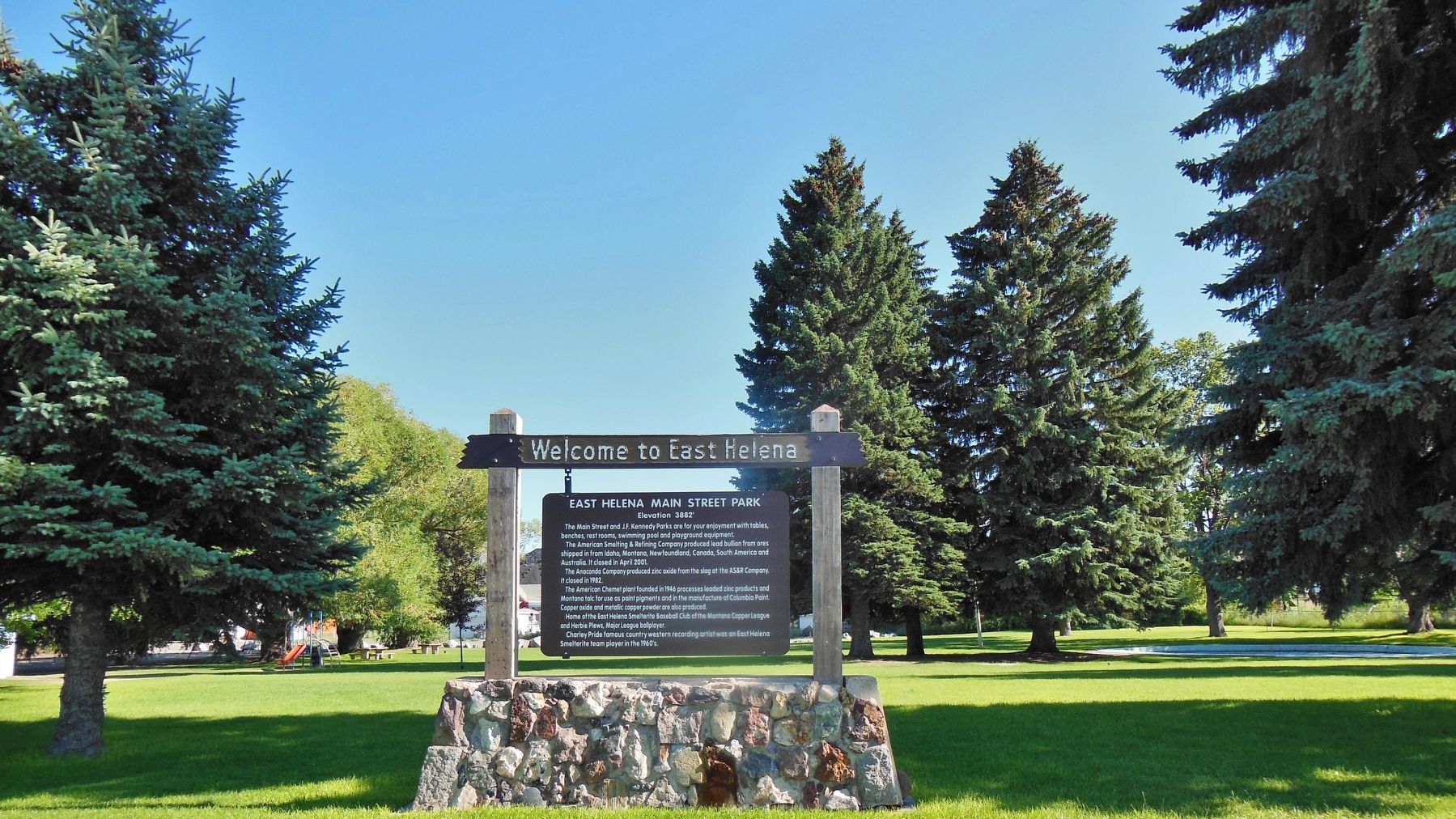 More about this marker. This is a large painted wooden "billboard-style" marker, hanging from a heavy-duty wooden frame that is mounted atop a large rock/masonry pedestal.

2. Anaconda Copper Mining Company. The Anaconda Copper Mining Company, part of the Amalgamated Copper Company from 1899 to 1915, was an American mining company. It was one of the largest trusts of the early 20th century and one of the largest mining companies in the world for much of the 20th century. In 1960 its operations still had 37,000 employees in North America and Chile. It was purchased by Atlantic Richfield Company (ARCO) on January 12, 1977. Anaconda halted production in 1980, and mining ceased completely in 1982. It currently exists only as a massive environmental liability for Marathon Petroleum, the current owner of ARCO. (Submitted on December 21, 2018, by Cosmos Mariner of Cape Canaveral, Florida.)

3. American Chemet Corporation History. Organized in 1946 to produce zinc oxide for sale to the coating industry in the United States and Europe, the company has grown steadily through continual product improvement and development. The first plant was in Chicago, but within a year manufacturing was moved to East Helena, Montana. (Submitted on December 21, 2018, by Cosmos Mariner of Cape Canaveral, Florida.)