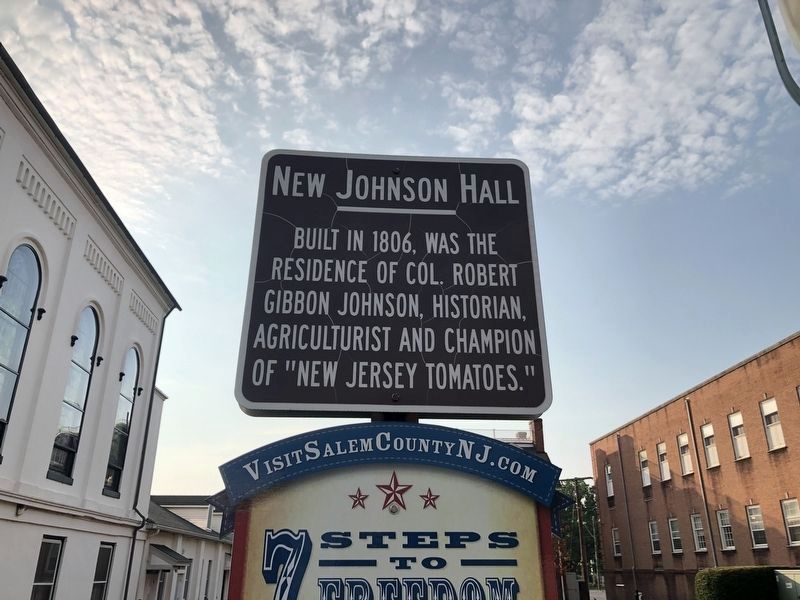 Built in 1806, was the residence of Col. Robert Gibbon Johnson, historian, agriculturist and champion of "New Jersey tomatoes."

Topics. This historical marker is listed in these topic lists: Agriculture • Horticulture & Forestry.

Location. 39° 34.393′ N, 75° 27.976′ W. Marker is in Salem, New Jersey, in Salem County. Marker is on Market Street (New Jersey Route 45), on the right when traveling north. The marker is behind the Salem County Courthouse. Touch for map. Marker is in this post office area: Salem NJ 08079, United States of America. Touch for directions. 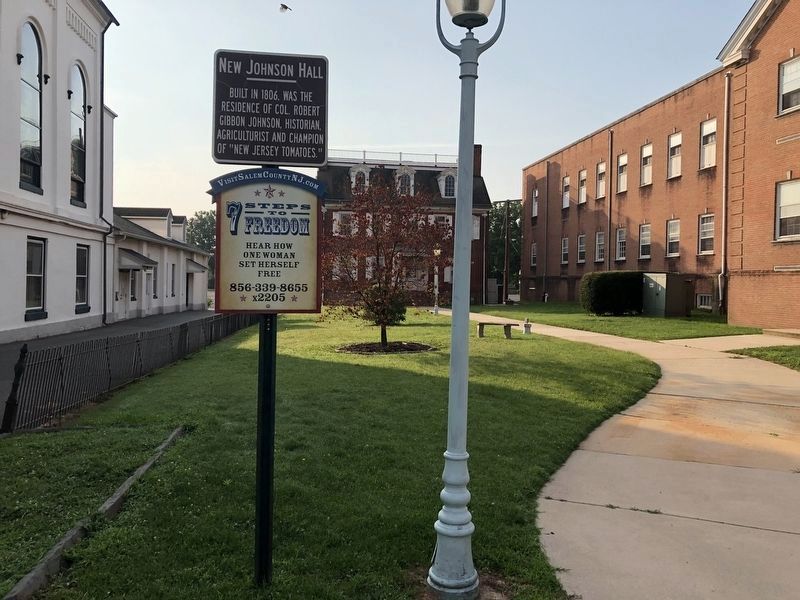 By Devry Becker Jones, July 26, 2020
2. New Johnson Hall Marker
(within shouting distance of this marker); Old County Jail (about 300 feet away, measured in a direct line). Touch for a list and map of all markers in Salem. 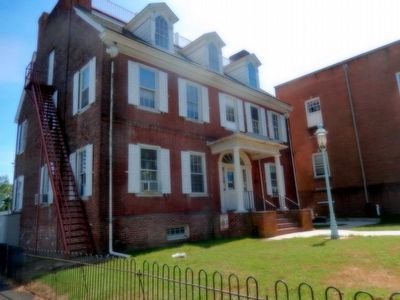