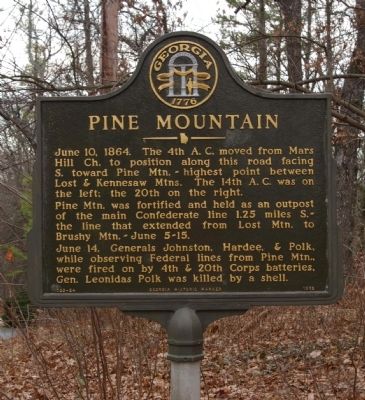 By David Seibert, February 3, 2008
1. Pine Mountain Marker
Inscription.
Pine Mountain. . June 10, 1864. The 4th A. C. moved from Mars Hill Ch. to position along this road facing S. toward Pine Mtn.-- highest point between Lost & Kennesaw Mtns. The 14th A. C. was on the left; the 20th on the right. . . Pine Mtn. was fortified and held as an outpost of the main Confederate line 1.25 miles S. -- the line that extended from Lost Mtn. to Brushy Mtn. -- June 5-15. . . June 14. Generals Johnston, Hardee, & Polk, while observing Federal lines from Pine Mtn., were fired on by 4th & 20th Corps batteries, Gen. Leonidas Polk was killed by a shell. . This historical marker was erected in 1978 by Georgia Department of Natural Resources. It is Near Kennesaw in Cobb County Georgia

Pine Mtn. was fortified and held as an outpost of the main Confederate line 1.25 miles S. -- the line that extended from Lost Mtn. to Brushy Mtn. -- June 5-15. 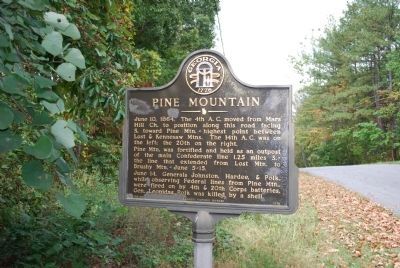 Regarding Pine Mountain. The resident of the house (2009) opposite the marker is an avid Civil War historian. If you stop at the marker for any time, he will come out to talk about the Civil War and the death of Gen. Polk at length. He also conducts tours of the area.

Also see . . .
1. Death of a Bishop (Leonidas Polk). A marble shaft was privately erected at the spot where Gen. Polk was killed. The shaft if approximately 100 yards from the marker, in the woods on the crest of Pine Mountain. (Submitted on April 6, 2009, by David Seibert of Sandy Springs, Georgia.) 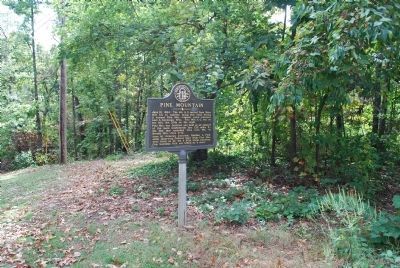 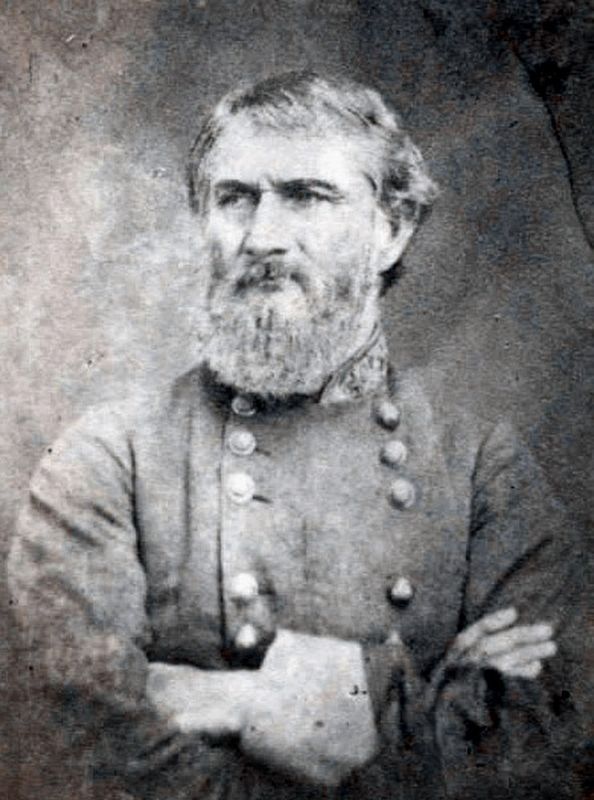 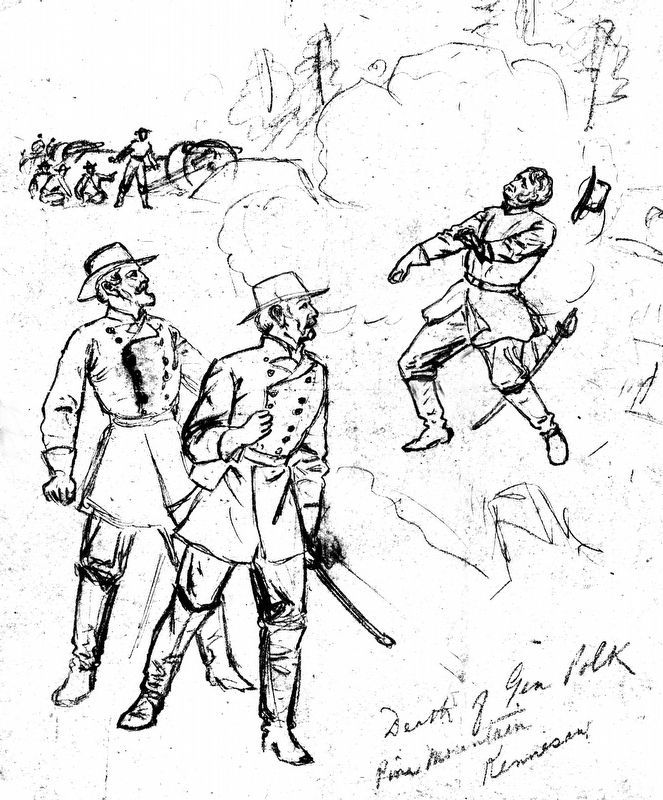