Village of the Alabama and Coushatti Indians 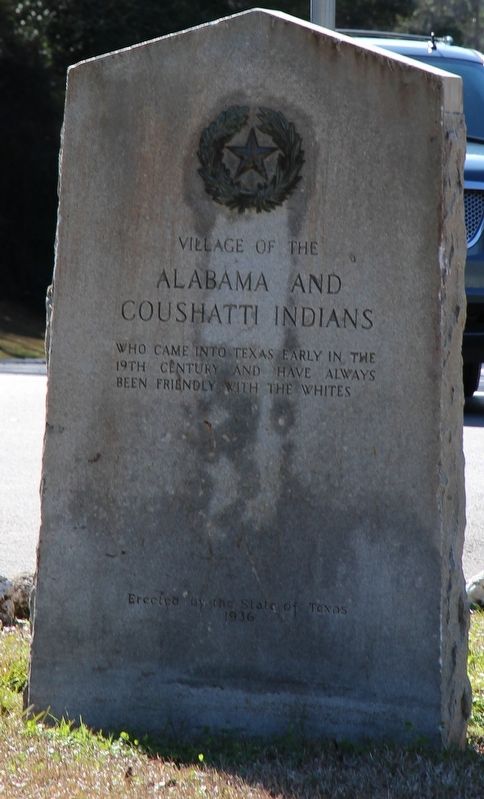 Who came into Texas early in the
19th century and have always
been friendly with the whites.

Topics and series. This historical marker is listed in this topic list: Native Americans. In addition, it is included in the Texas 1936 Centennial Markers and Monuments series list.

Other nearby markers. At least 8 other markers are within 17 miles of this marker, measured as the crow flies. Indian Village (a few steps from this marker); Confederate Service of Alabama and Coushatta Indians (approx. 0.4 miles away); Midway Cemetery (approx. 2.4 miles away); Whitehead Home (approx. 12.6 miles away); E.C. Matthews Home