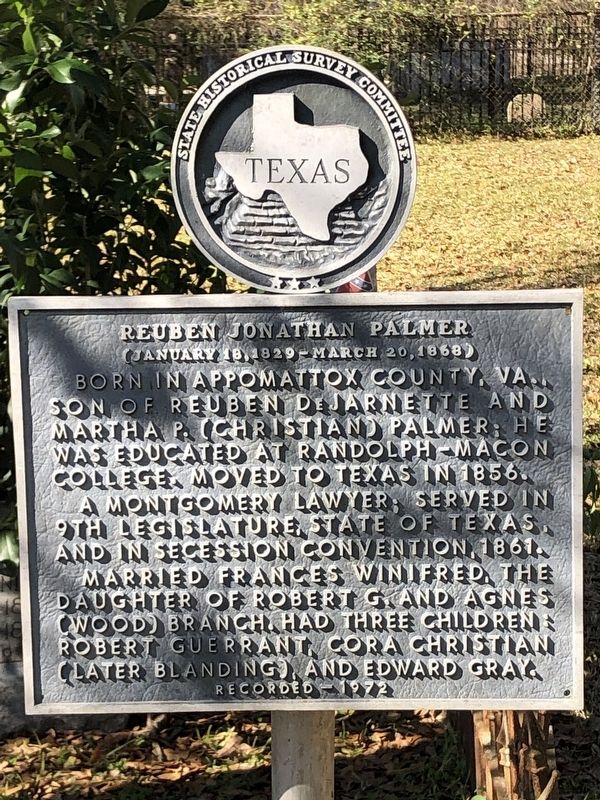 Born in Appomattox County, Va., son of Reuben DeJarnette and Martha P. (Christian) Palmer; he was educated at Randolph-Macon College. Moved to Texas in 1856.

A Montgomery lawyer; served in 9th Legislature, State of Texas, and in Secession Convention, 1861.

Topics. This historical marker is listed in these topic lists: Settlements & Settlers • War, US Civil. 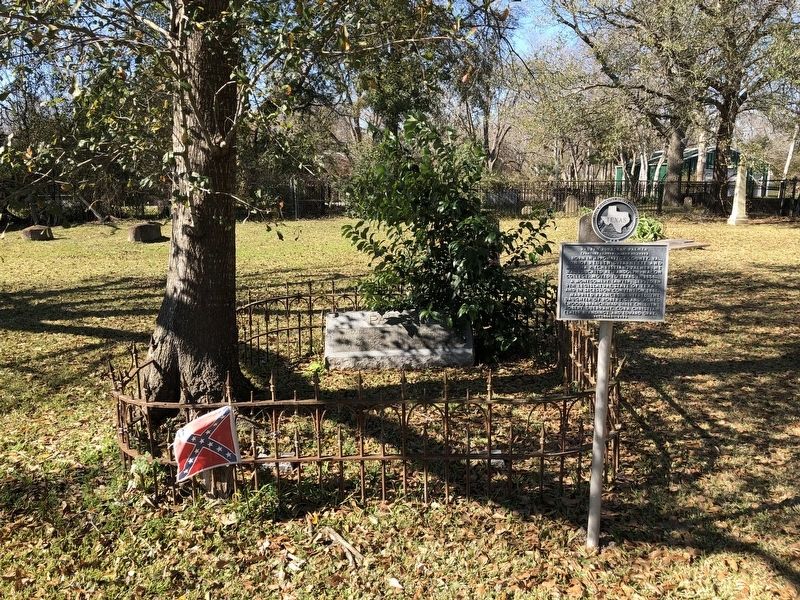 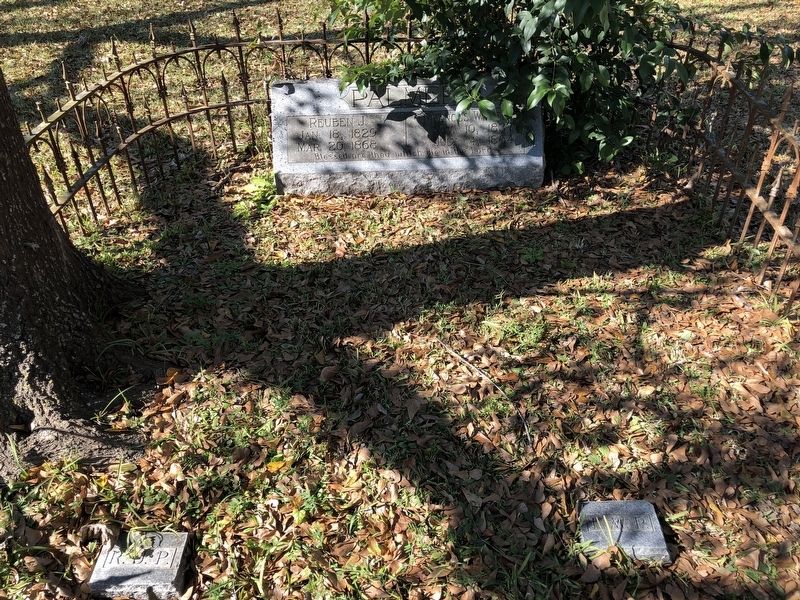