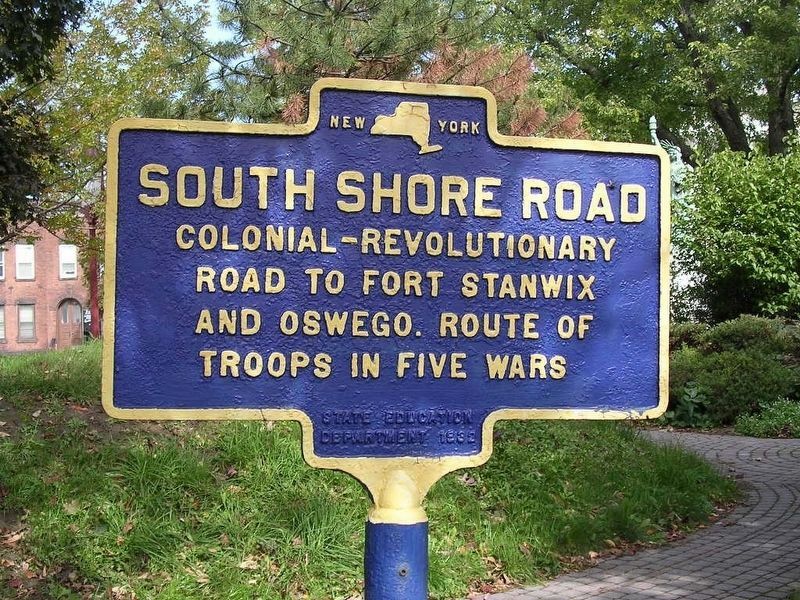 Photographed By Howard C. Ohlhous, September 30, 2006
1. South Shore Road Marker
This photo of the South Shore Road marker predates the current Gateway Plaza in Schenectady, showing the marker in what had been Liberty Park.
Inscription.
South Shore Road. . Colonial-Revolutionary road to Fort Stanwix and Oswego. Route of troops in five wars . This historical marker was erected in 1932 by State Education Department. It is in Schenectady in Schenectady County New York

Colonial-Revolutionary road to Fort Stanwix and Oswego. Route of troops in five wars 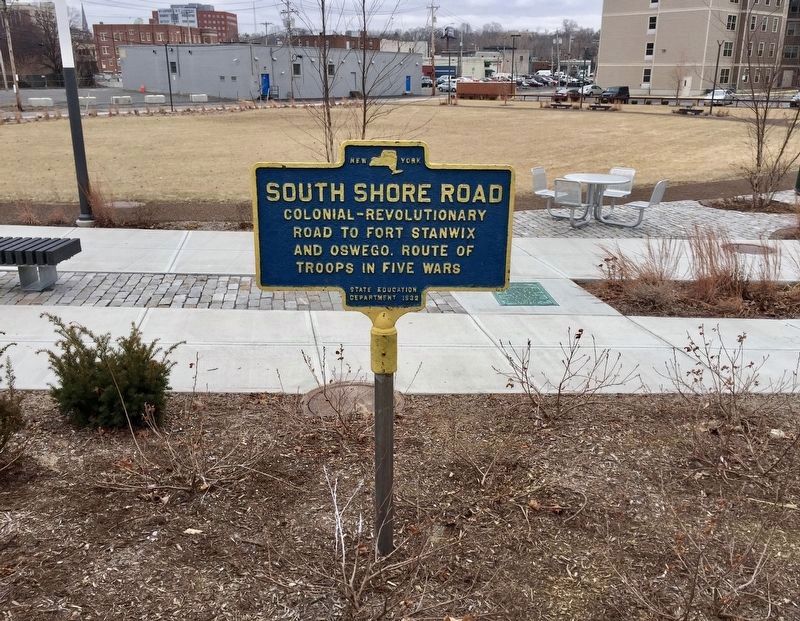 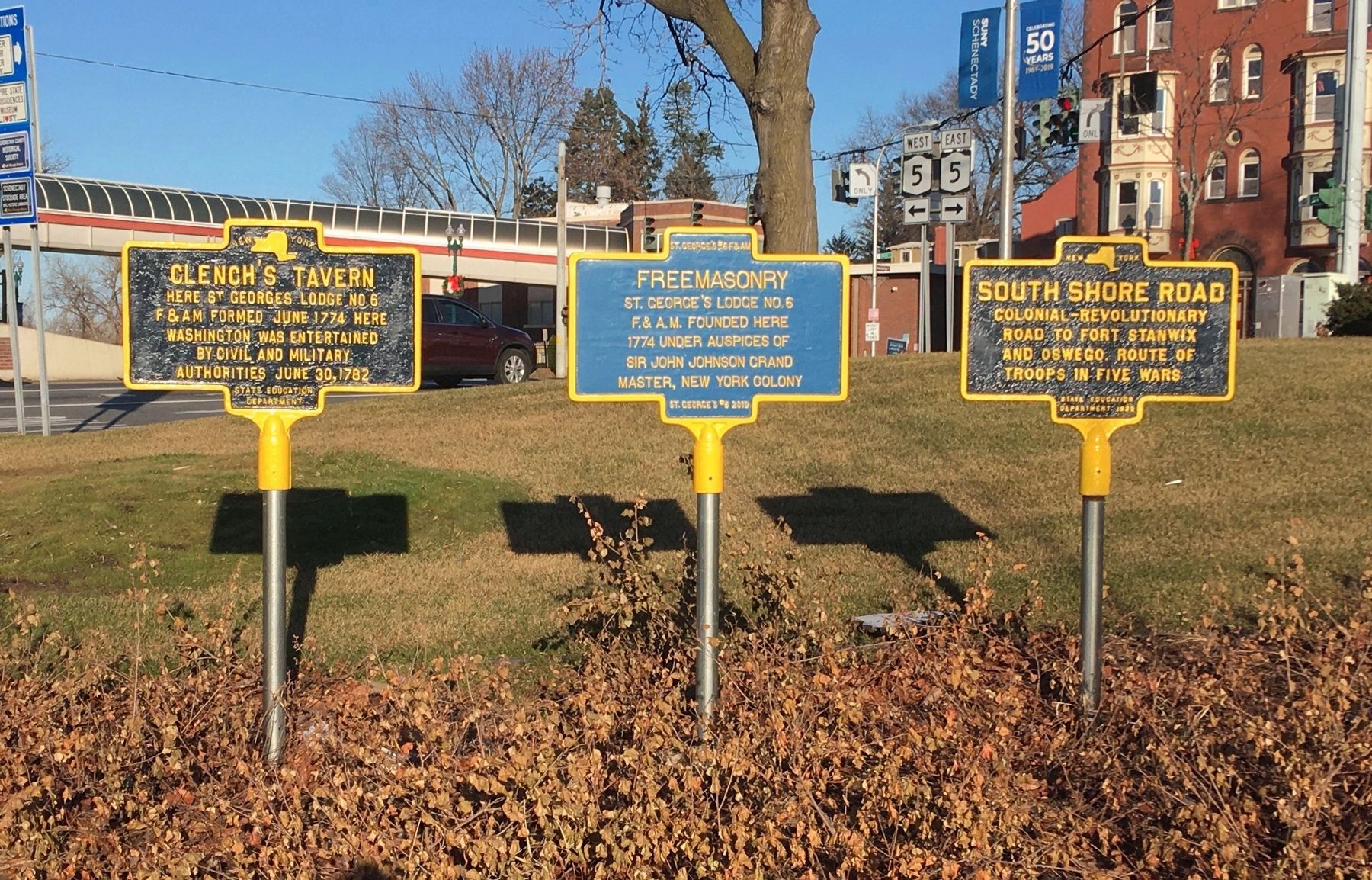 Photographed By Howard C. Ohlhous, November 30, 2019
3. Gateway Plaza, New Location of South Shore Road Marker; The One on the Right
The Route 5 Transit Gateway Linkage Study had determined prior to November of 2012 that Schenectady's Liberty Park was overgrown, neglected, and suffered from security issues due to the berms in the park, as well as a design which was difficult to maintain. Liberty Park was subsequently redesigned and expanded into Gateway Plaza. During implementation of this plan the seven historic markers in the park were removed, and later, five of the seven were reinstalled. Here we see two of the older markers, along with one new one, in the middle. 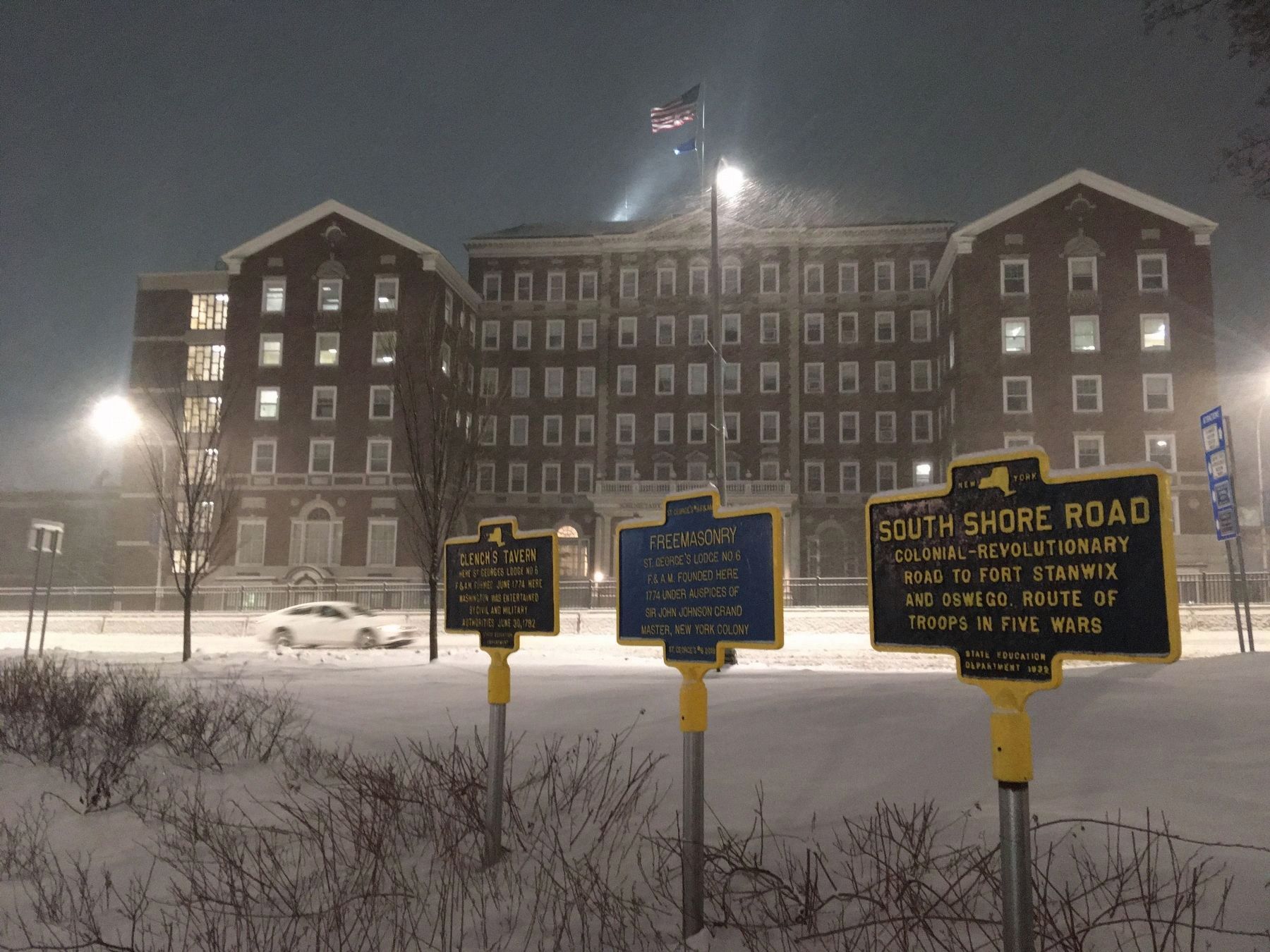