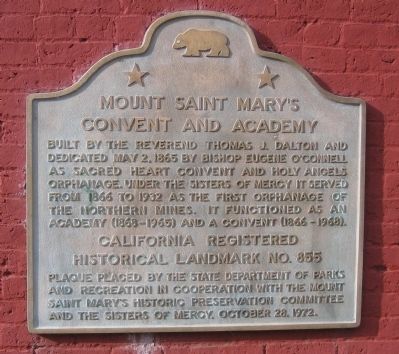 By Syd Whittle, December 29, 2006
1. Mount Saint Mary’s Convent and Academy Marker
Inscription.
Mount Saint Mary’s Convent and Academy. . Built by the Reverend Thomas J. Dalton and dedicated May 2, 1865 by Bishop Eugene O’Connell as Sacred Heart Convent and Holy Angels Orphanage. Under the Sisters of Mercy it served from 1866 to 1932 as the first orphanage of the Northern Mines. It functioned as an Academy (1868 – 1965) and a convent (1866 – 1968). . This historical marker was erected in 1972 by The State Department of Parks and Recreation in cooperation with the Mount Saint Mary’s Historic Preservation Committee and the Sisters of Mercy, October 28, 1972. It is in Grass Valley in Nevada County California

Erected 1972 by The State Department of Parks and Recreation in cooperation with the Mount Saint Mary’s Historic Preservation Committee and the Sisters of Mercy, October 28, 1972. (Marker Number 855.)

Topics and series. This historical marker is listed in these topic lists: Charity & Public Work • Churches & Religion • Education • Women. In addition, it is included in the California Historical Landmark series list. 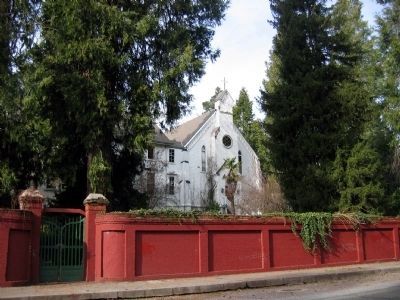 Regarding Mount Saint Mary’s Convent and Academy. Site is on South Church Street between Chapel and Dalton Streets.

This site has been designated as California Registered Historical Landmark No.855

Additional comments.
1. Grass Valley Museum
Location: Old Mt. St. Mary's Academy, corner of Church and Chapel Streets, Grass Valley. Hours: Year round 10 am - 3 pm Tuesday through Friday, Weekends June through October only, Noon to 3 pm.
Built in 1865 as a convent for the Sisters of Mercy, this restored school and orphanage offers a glimpse of some of the past uses of the building. 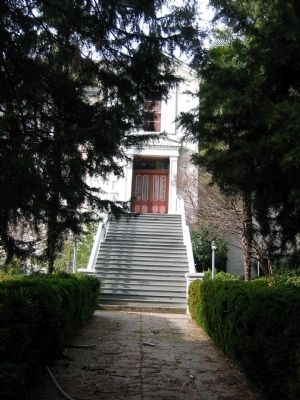 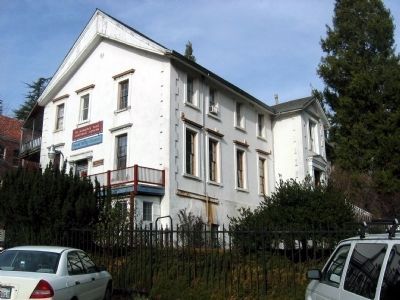 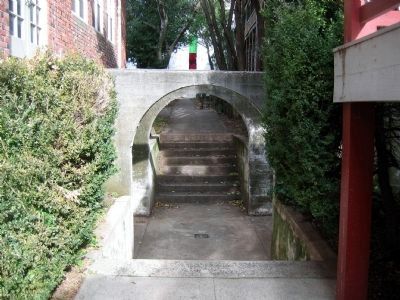 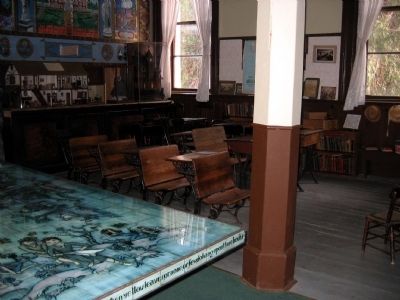 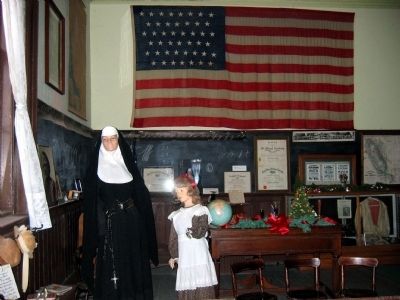 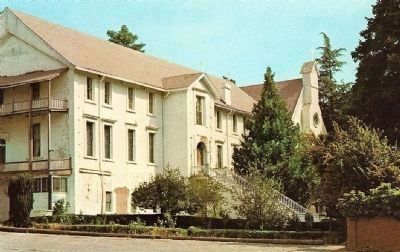 By Eastman's Studio, Susanville, Ca
8. Old Mount St. Mary's Convent, Grass Valley, Calif.
Description on Postcard: Built in 1863-1865, in continuous operation to the present time by the Sisters of Mercy, as a school, this was the first convent and orphanage in the State of California. Now houses an elegant period museum maintained by the Nevada County Historical Society and the Old Saint Mary's Historic Committee, and the Pacific Library of History of Science and Technology. 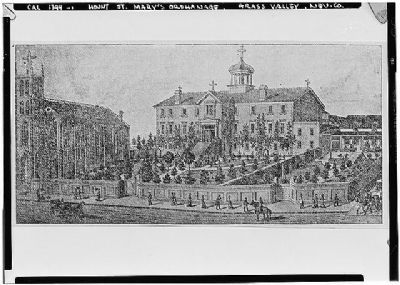 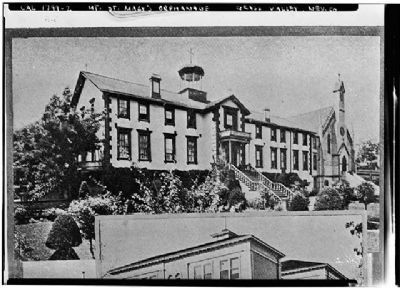