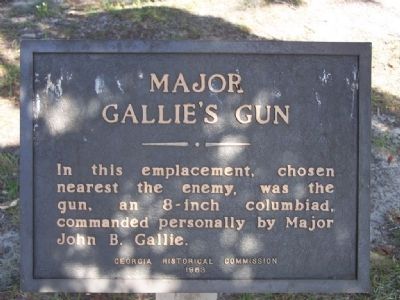 Photographed By Mike Stroud, October 5, 2008
1. Major Gallie's Gun Marker
Inscription.
Major Gallie's Gun. . In this emplacement, chosen nearest the enemy, was the gun, an 8-inch columbiad, commanded personally by Major John B. Gallie. . This historical marker was erected in 1963 by Georgia Historical Commission. It is in Richmond Hill in Bryan County Georgia

In this emplacement, chosen nearest the enemy, was the gun, an 8-inch columbiad, commanded personally by Major John B. Gallie. 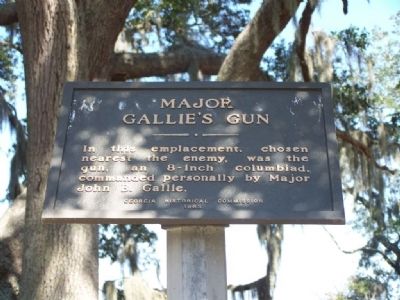 Click or scan to see
this page online
(about 300 feet away, measured in a direct line); Tom Cat (approx. 0.2 miles away). Touch for a list and map of all markers in Richmond Hill.

Regarding Major Gallie's Gun. columbiad - A form of seacoast cannon; a long, chambered gun designed for throwing shot or shells with heavy charges of powder, at high angles of elevation.

Also see . . .  Haunted Forts - Ft McAllister. One later report suggested that Major Gallie was “scalped” by the errant Union round while some say the blast “exposed his brains”. (Submitted on October 26, 2008, by Mike Stroud of Bluffton, South Carolina.) 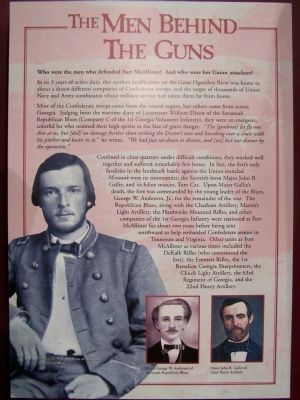 Photographed By Mike Stroud, 2008
3. The Men Behind The Guns
Who were the men who defended Fort McAllister? And who were her Union attackers?
In its 3 years of active duty, this earthen fortication on the Great Ogeechee River was home to about a dozen different companies of Confederate Troops, and the target of thousands of Union Navy and Army combatants whose military service had taken them far from home.
Most of the Confederate troops came from the coastal region, but others came from across Georgia. Judging from the wartime diary of Lieutenant William Dixon of the Savannah Republican Blues (Company C of the 1st Georgia Volunteer Infantry), they were an energetic, colorful lot who retained their high spirits in face of grave danger. "The [gunboat] let fly one shot at us, but [did] no damage further than striking the Doctor's tent and knocking over a chair with his pitcher and basin in it," he writes, "We had just sat down to dinner, and [we] lost our dinner by the operation."
Confined in close quarters under difficult conditions, they worked well together and suffered remarkably few losses. In fact, the fort's only fatalities in the landmark battle against the Union ironclad Montauk were its commander, the Scottish-born Major John B. Gallie and its feline mascot, Tom Cat. Upon Major Gallie's death, the fort was commanded by the young leader of the Blues, George W. Anderson, Jr., for the remainder of the war. The Republican Blues, along with the Chatham Artillery, Martin's Light Artillery, the Hardwick Mounted Rifles, and other companies of the 1st Georgia Infantry were stationed at Fort McAllister for about two years before being sent northward to help embattled Confederate armies in Tennessee and Virginia. Other units at Fort McAllister at various times included the DeKalb Rifles (who constructed the fort), the Emmett Rifles, the 1st Battalion Georgia Sharpshooters, the Clinch Light Artillery, the 63rd Regiment of Georgia, and the 22nd Heavy Artillery. 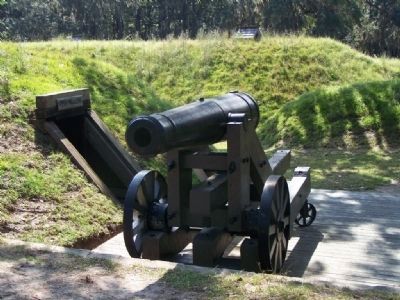 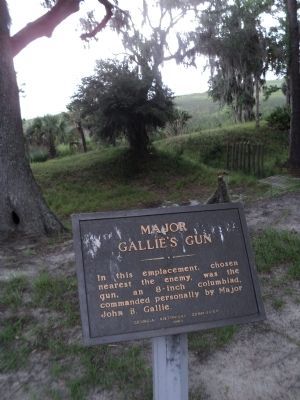 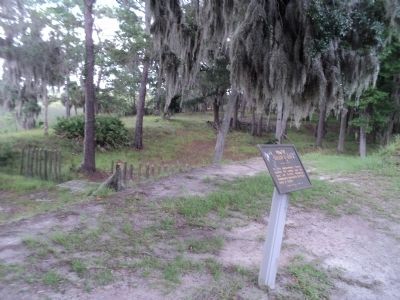 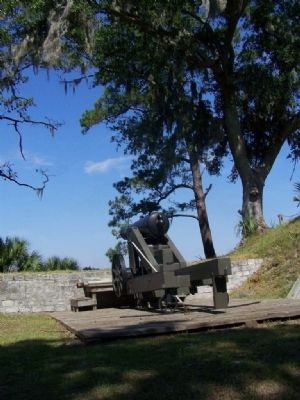