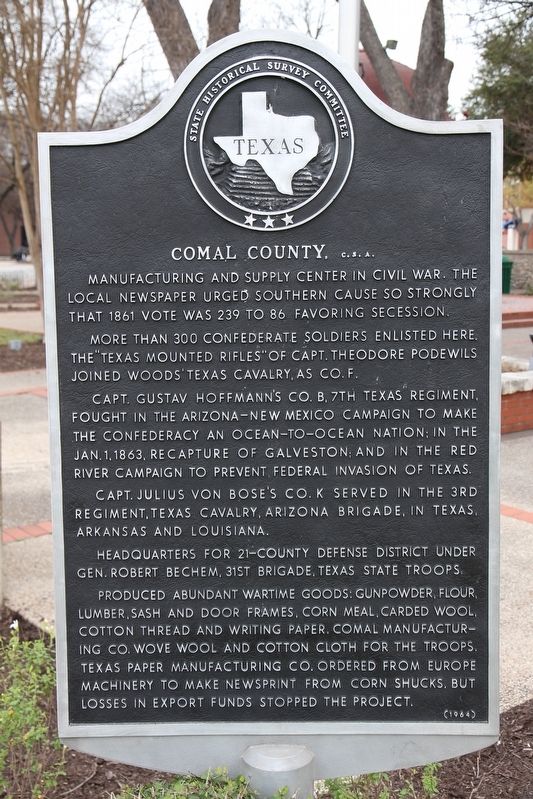 Manufacturing and supply center in Civil War. The local newpaper urged southern cause so strongly that 1861 vote was 239 to 86 favoring secession.

Capt. Gustav Hoffmann's Co. B., 7th Texas Regiment, fought in the Arizona-New Mexico campaign to make the Confederacy an ocean-to-ocean nation; in the Jan. 1, 1863, recapture of Galveston; and in the Red River Campaign to prevent Federal invasion of Texas. 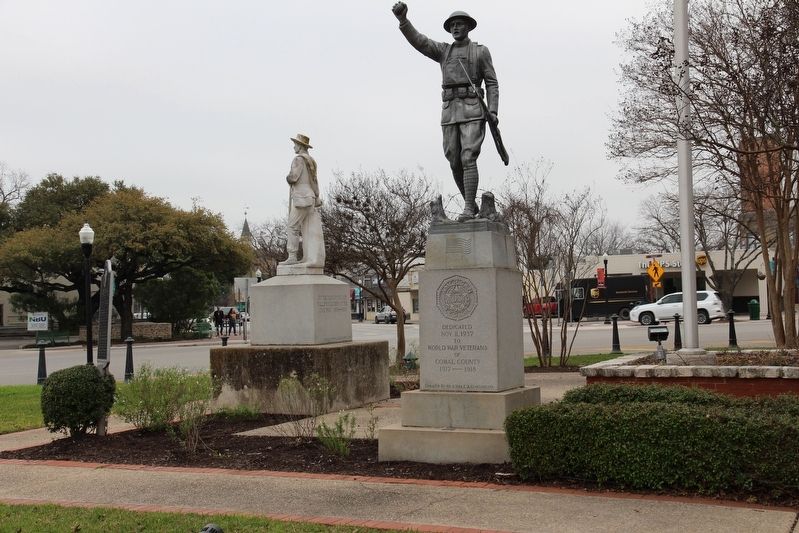 Click or scan to see
this page online
the project.