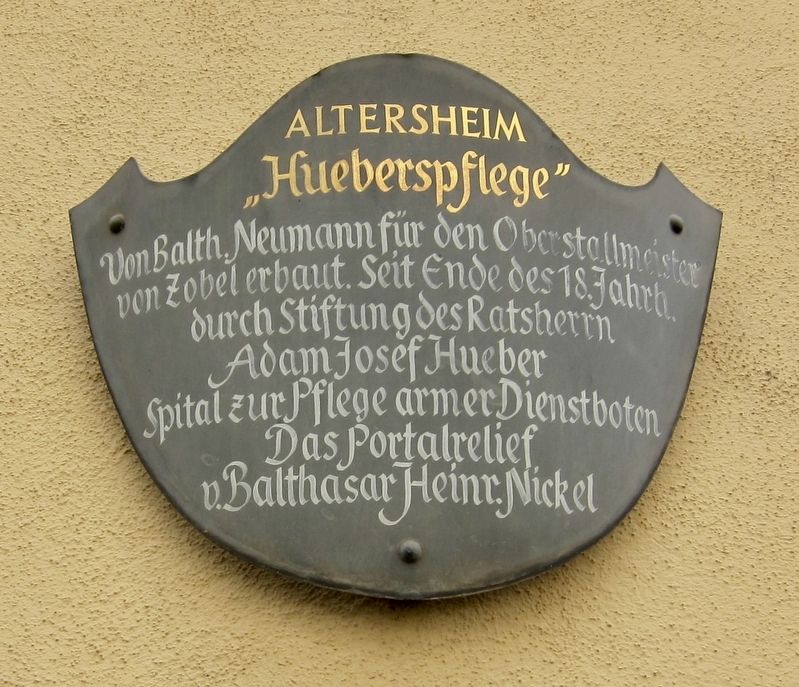 "Huebers Care" Senior Home: Built by Balthasar Neumann for the Senior Stall Master von Zobel. Since the end of the 18th Century has been a care facility for poor servants and maids with the support from a bequest by City Councillor Adam Josef Hueber.

The relief above the doorway is by Balthasar Heinrich Nickel. . This historical marker is in Würzburg Bavaria Germany