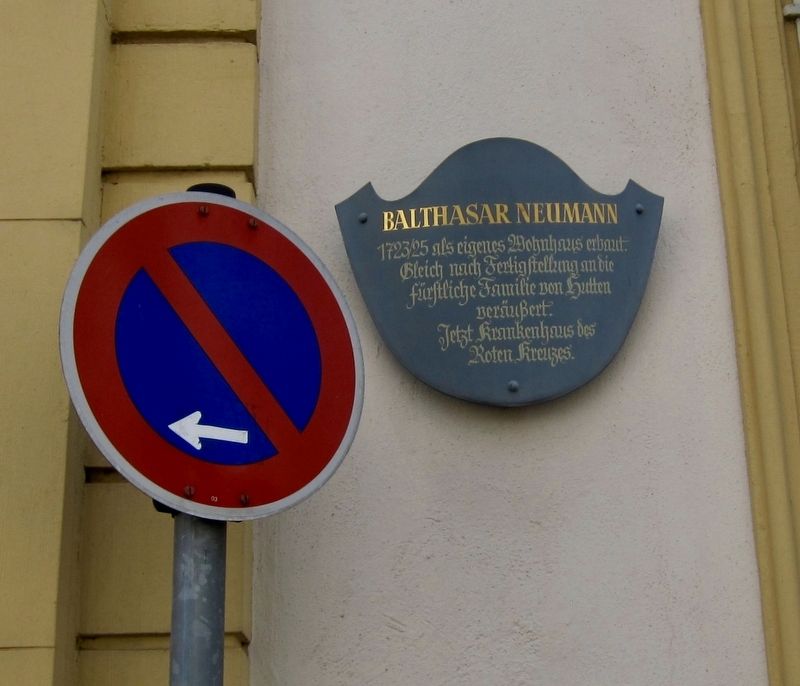 Built 1723-25 as his own home. Right after completion the building was sold on to the princely von Hutten Family. Now a Red Cross hospital. . This historical marker is in Würzburg Bavaria Germany