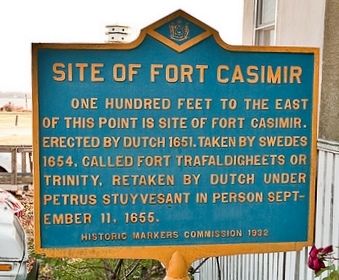 One hundred feet to the East of this point is the site of Fort Casimir. Erected by Dutch in 1651. Taken by Swedes 1654, called Fort Trafaldigheets or Trinity, retaken by Dutch under Petrus Stuyvesant in person September 11, 1655.

Topics and series. This historical marker is listed in these topic lists: Colonial Era • Exploration • Forts and Castles. In addition, it is included in the Delaware Public Archives series list. A significant historical date for this entry is September 11, 1655. 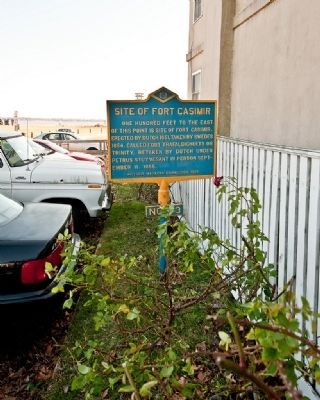