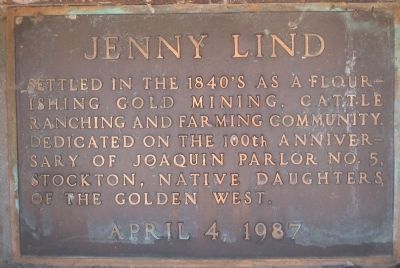 Photographed By Syd Whittle, August 3, 2006
1. Jenny Lind Marker
Inscription.
Jenny Lind. . Settled in the 1840’s as a flourishing gold mining, cattle ranching and farming community. . This historical marker was erected in 1987 by N.D.G.W. - Dedicated on the 100th anniversary of Joaquin Parlor No.5, Stockton , Native Daughters of the Golden West . April 4, 1987. It is in Jenny Lind in Calaveras County California

Settled in the 1840’s as a flourishing gold mining, cattle ranching and farming community.

Topics and series. This historical marker is listed in these topic lists: Agriculture • Industry & Commerce • Landmarks • Natural Resources • Notable Buildings • Notable Places • Settlements & Settlers. In addition, it is included in the California Historical Landmarks, and the Native Sons/Daughters of the Golden West series lists.

Other nearby markers. At least 8 other markers are within 11 miles of this marker, measured as the crow flies. Milton Masonic Hall (approx. 4.4 miles away); Valley Spring (approx. 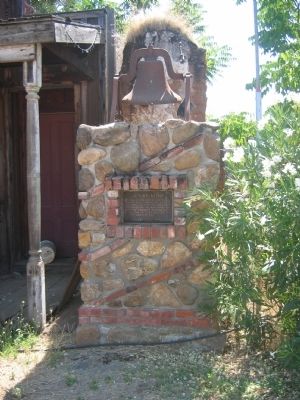 Regarding Jenny Lind. This site has been designated as California Registered Historical Landmark No.266 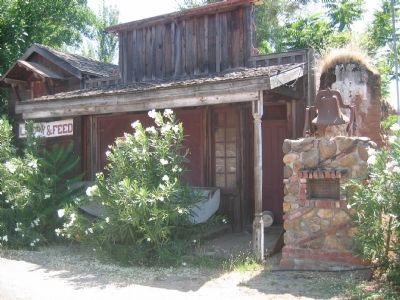 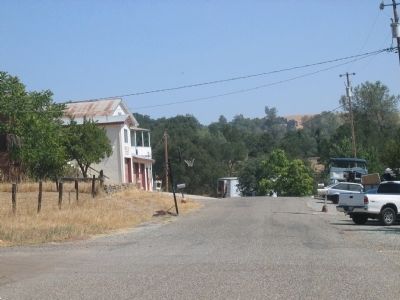 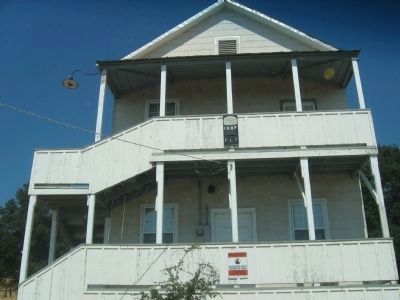 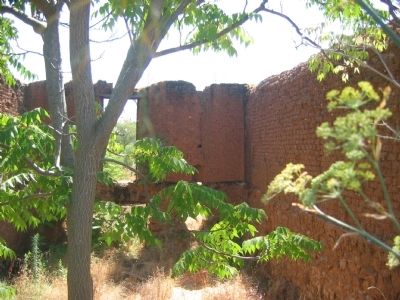 Photographed By Syd Whittle, August 3, 2006
6. The Rosenberg Store Ruins
The Rosenberg Store Ruins are the last remaining Gold Rush elements in Jenny Lind today. Chinese coolies quarried the stone blocks used in constructing this store from the local hills. They then carted the stones to the site in wheeled contraptions similar to our wheelbarrows, but with the bed on a swinging pivot. Rosenberg’s store stocked men’s clothing and was advertised as supplying the “Correct Attire for the Miner or Prospector.” Today only portions of the walls remain, around a slowly filling excavation which was the basement. 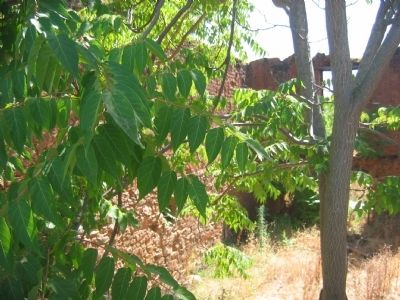