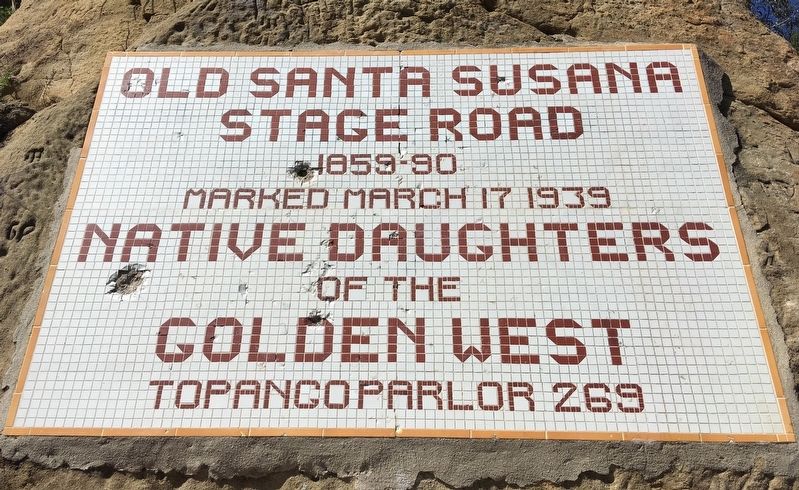 Erected 1939 by Native Daughters of the Golden West. (Marker Number 92.)

Topics and series. This historical marker is listed in this topic list: Roads & Vehicles. In addition, it is included in the City of Los Angeles Historic-Cultural Monuments, the Native Sons/Daughters of the Golden West, and the Ventura County Historical Landmarks series lists.

Other nearby markers. At least 8 other markers are within 2 miles of this marker, measured as the crow flies. Chatsworth Community Church (approx. 0.7 miles away); Minnie Hill Palmer House (approx. 0.8 miles away); Stagecoach Trail (approx. 0.9 miles away); Olive Trees 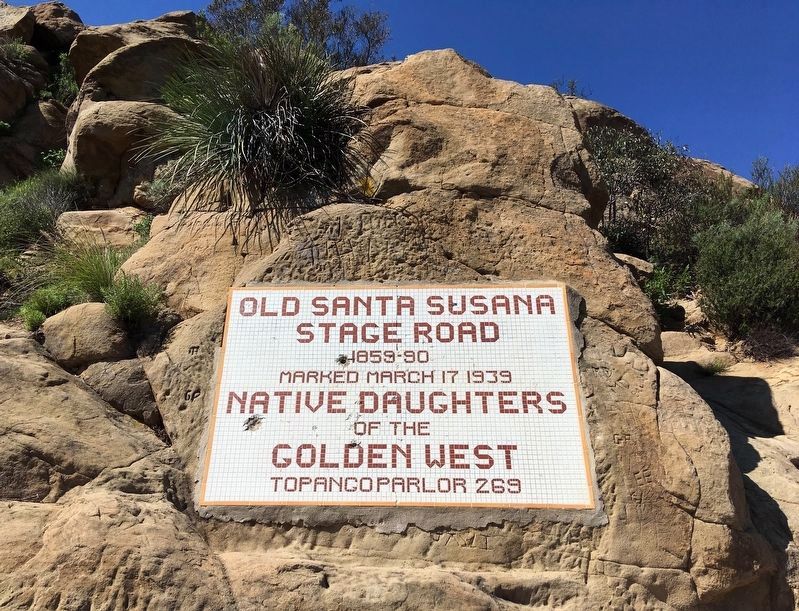 More about this marker. To reach the marker, hike from Chatsworth Park South 3 miles round trip with a 700 foot elevation gain, or take a much shorter route by hiking down from the dirt parking lot on Lilac Lane.

Regarding Old Santa Susana Stage Road. Minnie Hill-Palmer, a member of the Native Daughters, determined that the marker should be made of small tiles to give it an old-fashioned appearance. Topango was an alternate spelling of Topanga.

This was an important road linking Los Angeles and Ventura County. The route climbs through what is now the Santa Susana Pass State Historic Park.

To slow down their descent, drivers would chain a wheel in place or use a wooden timber placed through the rear spokes to lock both wheels. Hikers can still see the deep ruts made by the wagons on the 'Devil's Slide' section, near the marker.

The road was designated Los Angeles Historic-Cultural Monument #92 in 1972; listed on the National Register of Historic Places in 1974; and declared Ventura County Historical Landmark #104 in 1986. 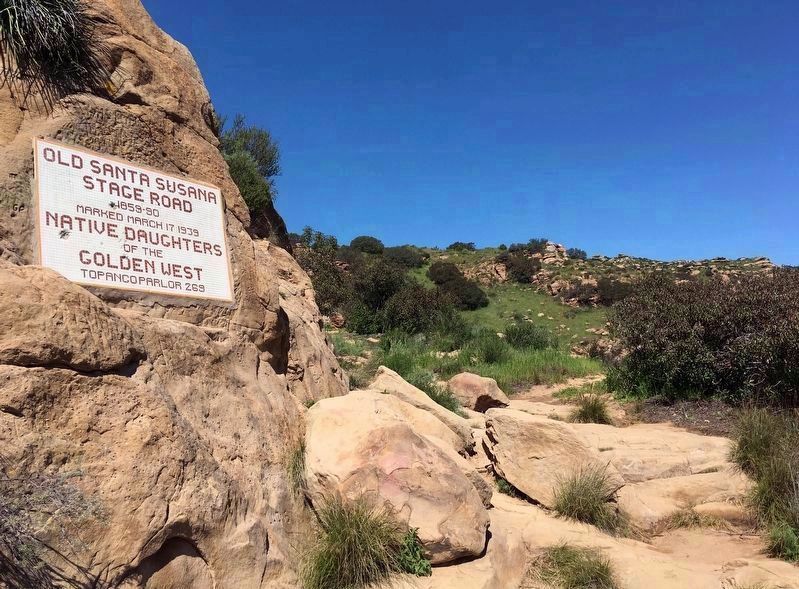 Photographed By Craig Baker, March 17, 2019
3. Old Stage Road and Marker
On the 80th anniversary of the marker. The marker was placed on the 80th anniversary of the road.
Chatsworth Historical Society website includes photos of the marker dedication. The Minnie Hill Palmer Homestead Acre Museum in Chatsworth Park South is open from 1-4 p.m. on the first Sunday of every month, except holiday weekends. (Submitted on March 18, 2019.) 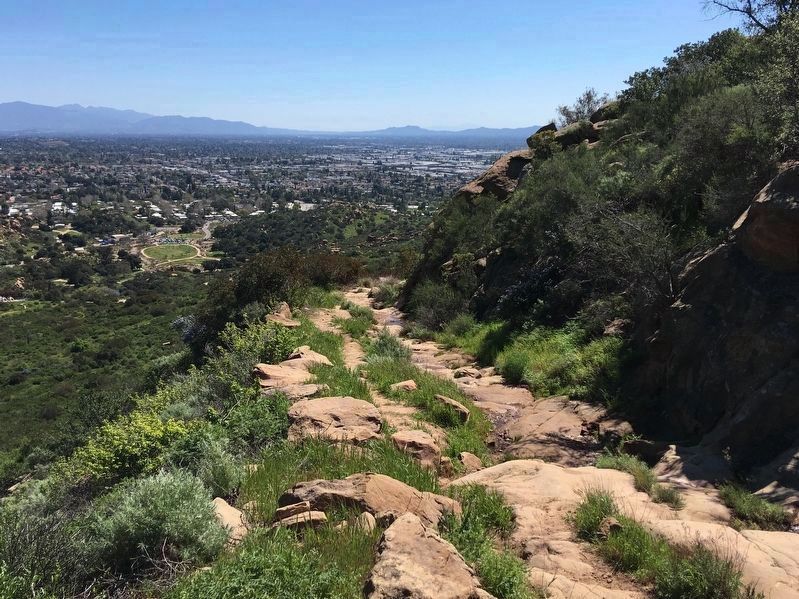