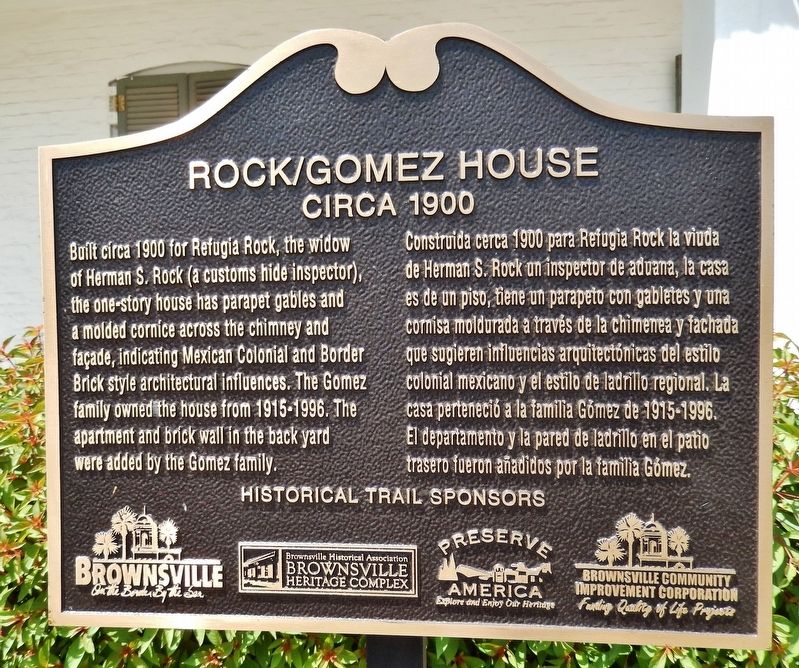 By Cosmos Mariner, May 18, 2018
1. Rock/Gomez House Marker
Inscription.
. English: . Built circa 1900 for Refugia Rock, the widow of Herman S. Rock (a customs hide inspector), the one-story house has parapet gables and a molded cornice across the chimney and façade, indicating Mexican Colonial and Border Brick style architectural influences. The Gomez family owned the house from 1915-1996. The apartment and brick wall in the back yard were added by the Gomez family. . . Spanish: . . This historical marker was erected by Brownsville Historical Association. It is in Brownsville in Cameron County Texas