Beard-Green Cemetery in the Dawes Arboretum 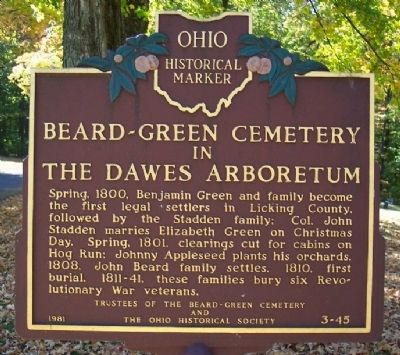 Erected 1981 by Trustees of the Beard-Green Cemetery and The Ohio Historical Society. (Marker Number 3-45.)

Topics and series. This historical marker is listed in these topic lists: Cemeteries & Burial Sites • Horticulture & Forestry • Settlements & Settlers • War, US Revolutionary. In addition, it is included in the Ohio Historical Society / The Ohio History Connection series list. A significant historical year for this entry is 1800.

Location. 39° 58.509′ N, 82° 24.813′ W. Marker is near Jacksontown, Ohio, in Licking County. Marker is in forested area along loop road running through Dawes Arboretum, about one half mile north of the huge "Dawes 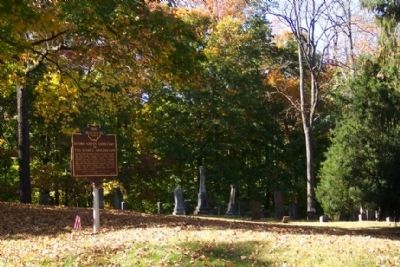 Click or scan to see
this page online
Arboretum" arbor. Touch for map. Marker is in this post office area: Jacksontown OH 43030, United States of America. Touch for directions. 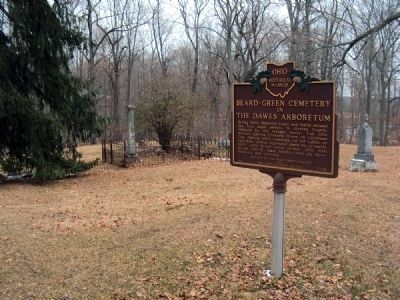 By Jamie Abel, December 4, 2010
3. Beard-Green Cemetery in the Dawes Arboretum Marker
December photo of marker with fenced family plots in the background. 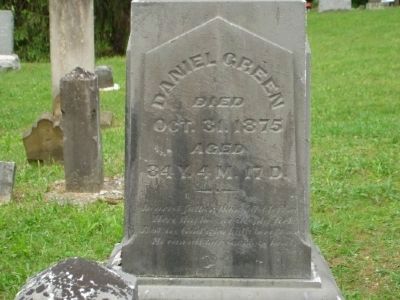 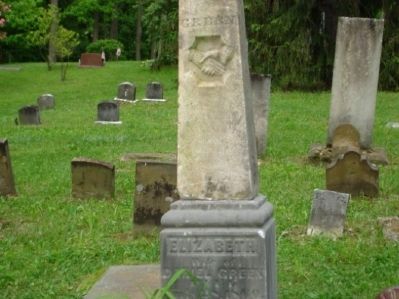 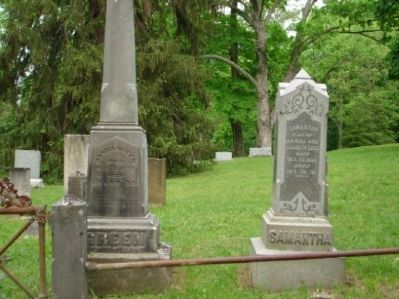 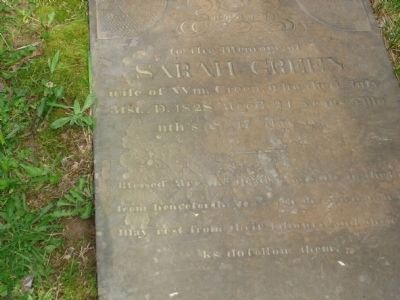 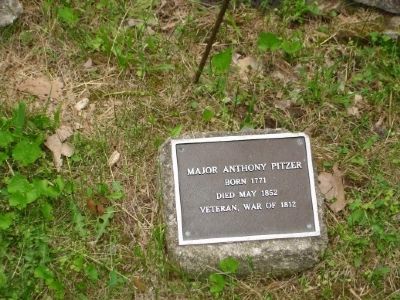