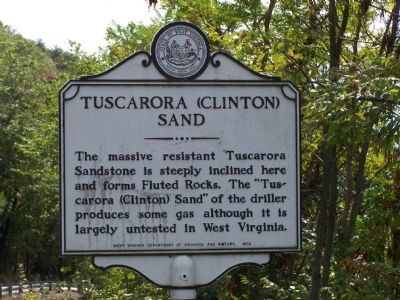 The massive resistant Tuscarora Sandstone is steeply inclined here and forms Fluted Rocks. The "Tuscarora (Clinton) Sand" of the driller produces some gas although it is largely untested in West Virginia.

Erected 1973 by West Virginia Department of Archives and History.

Topics and series. This historical marker is listed in these topic lists: Natural Features • Natural Resources. In addition, it is included in the West Virginia Archives and History series list.

Location. 39° 37.321′ N, 78° 15.596′ W. Marker is near Great Cacapon, West Virginia, in Morgan County. Marker is on West Virginia Route 9, on the right when traveling west. Marker is just beyond Panorama Overlook. Touch for map. Marker is in this post office area: Berkeley Springs WV 25411, United States of America. Touch for directions. 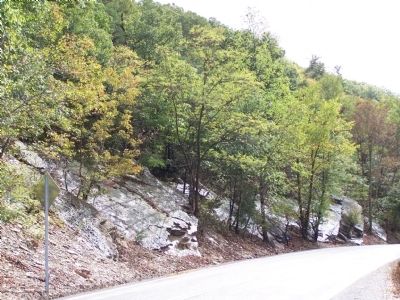