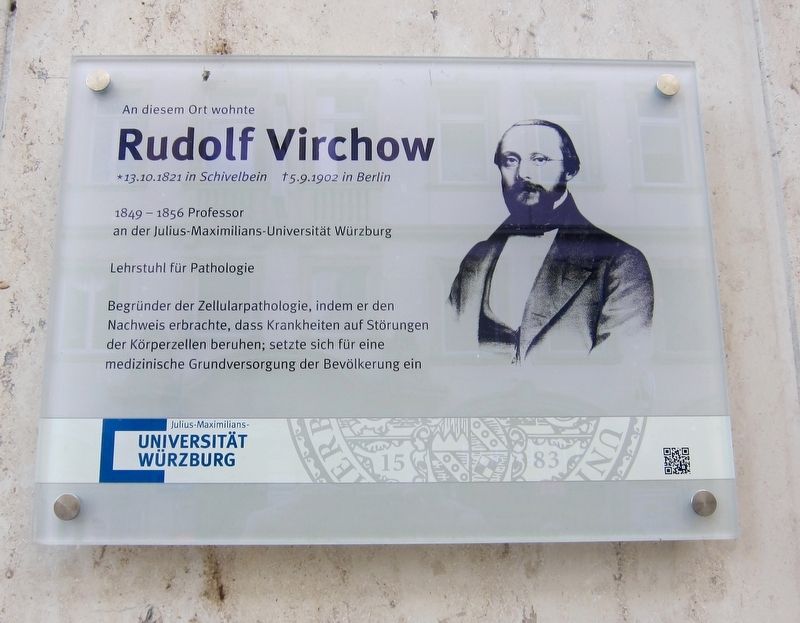 Professor at the Julius-Maximilians-Universität in Würzburg, 1849-1856

Founder of cellular pathology, by demonstrating that diseases have their roots in disorders of somatic cells; worked for basic medical of the population. . This historical marker was erected by Julius-Maximilians-Universität Würzburg. It is in Würzburg Bavaria Germany