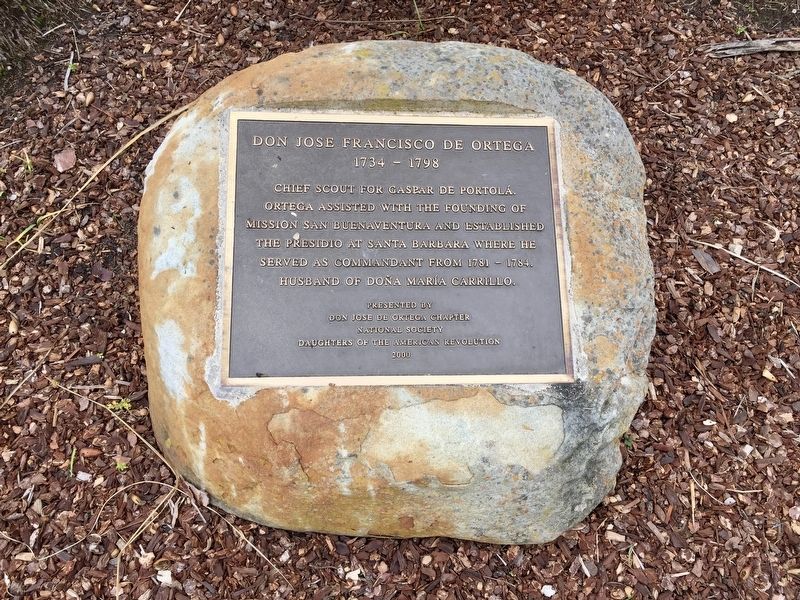 Chief Scout for Gaspar de Portolá. Ortega assisted with the founding of Mission San Buenaventura and established the presidio at Santa Barbara where he served as commandant from 1781-1784. Husband of Doña María Carrillo.

Topics and series. This historical marker is listed in these topic lists: Exploration • Hispanic Americans. In addition, it is included in the Daughters of the American Revolution series list. 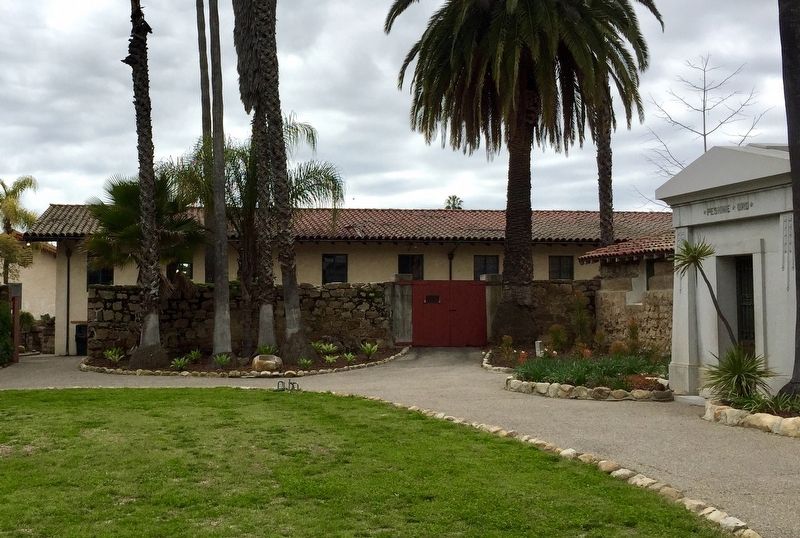 Click or scan to see
this page online
300 feet away, measured in a direct line); Santa Barbara Mission Early Water Supply (about 700 feet away); Mission Historical Park (about 800 feet away); Old Stagecoach Route (approx. one mile away); President Reagan Meets Queen Elizabeth II (approx. 1.1 miles away); First Ruling Sovereign of Europe to Visit America (approx. 1.1 miles away). Touch for a list and map of all markers in Santa Barbara.

More about this marker. The marker is within the Santa Barbara Mission, in the cemetery courtyard.