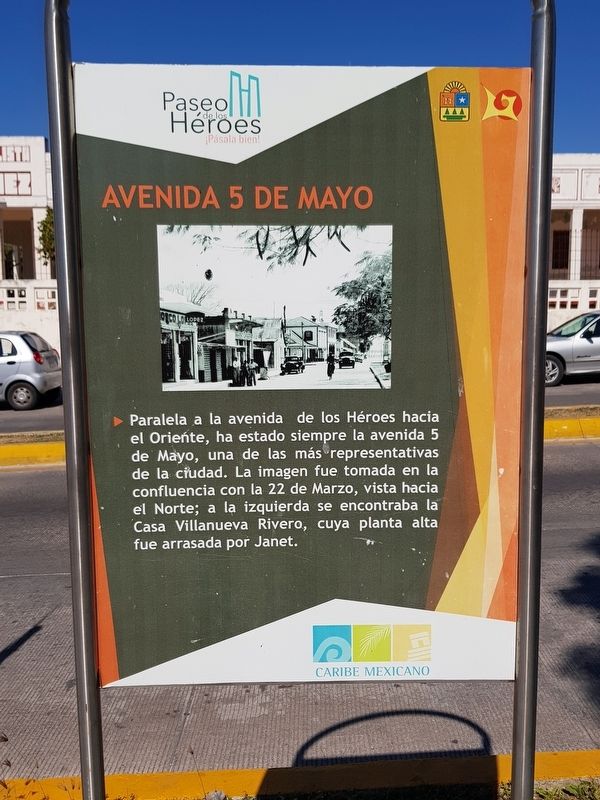 Photographed By J. Makali Bruton, March 27, 2019
1. Avenida 5 de Mayo Marker
Inscription.
English translation: , Avenida 5 de Mayo (Avenue May 5th) , To the east and parallel to the Avenue of the Heroes has been always Avenue May 5th, one of the most representative of the city. The image shown here was taken at the intersection with Avenue March 22nd (now Avenida Carmen Ochoa de Merino), facing north; to the left in the image is the Casa Villanueva Rivero, whose upper floor was torn off during Hurricane Janet in 1955. . This historical marker is in Chetumal in Othón P. Blanco Quintana Roo Mexico