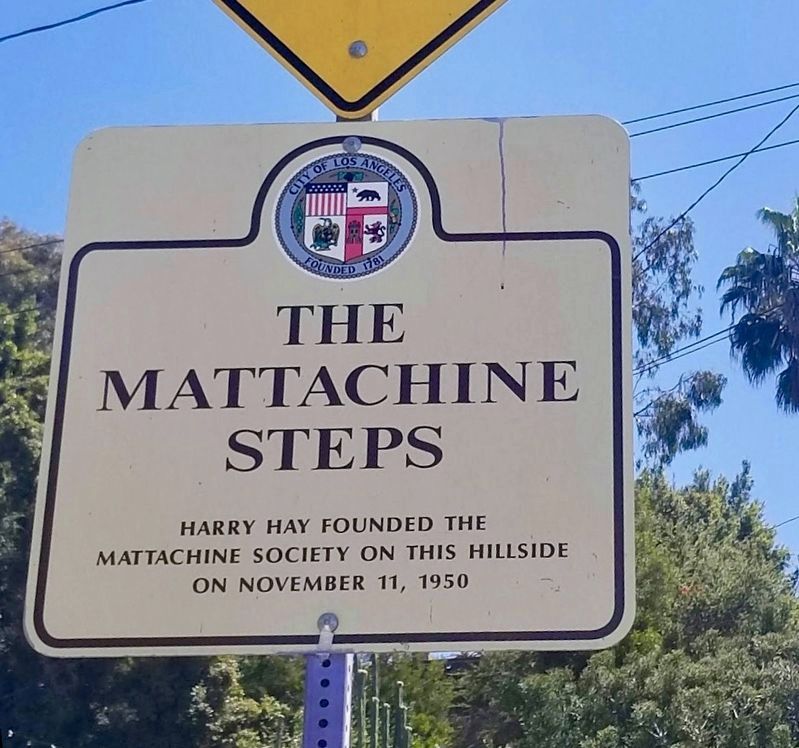 Harry Hay founded the Mattachine Society on this hillside on November 11, 1950.

Erected by City of Los Angeles. 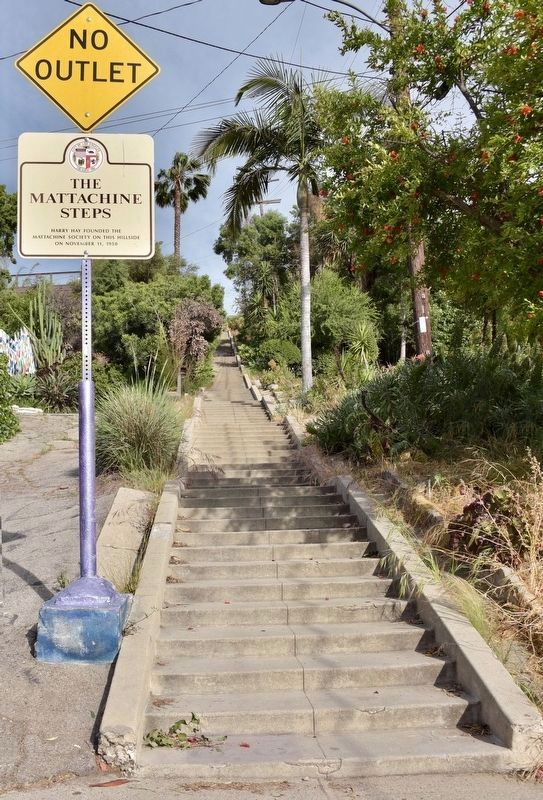 2. Mattachine Steps Marker
in the winter of 1950. It was formed by Harry Hay , a leading gay activist and former Communist Party member, along with seven other gay men.... The name refers to the Société Mattachine, a French medieval masque group that allegedly traveled from village to village, using ballads and dramas to point out social injustice. The name was meant to symbolize the fact that "gays were a masked people, unknown and anonymous."... By sharing their personal experiences as gay men and analyzing homosexuals in the context of an oppressed cultural minority , the Mattachine founders attempted to redefine the meaning of being gay in the United States...." (Submitted on April 8, 2019.)