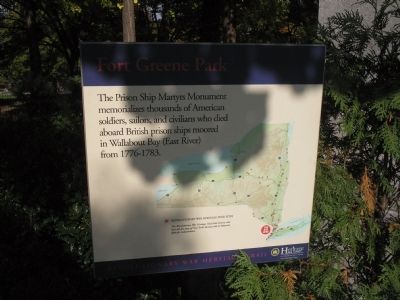 Topics. This historical marker is listed in these topic lists: Cemeteries & Burial Sites • Notable Events • War, US Revolutionary. A significant historical year for this entry is 1776.

Location. 40° 41.532′ N, 73° 58.491′ W. Marker is in Brooklyn, New York, in Kings County. Marker can be reached from Washington Park when traveling south. Marker is in Fort Greene Park, just outside the museum and visitor's center. Touch for map. Marker is in this post office area: Brooklyn NY 11205, United States of America. Touch for directions. 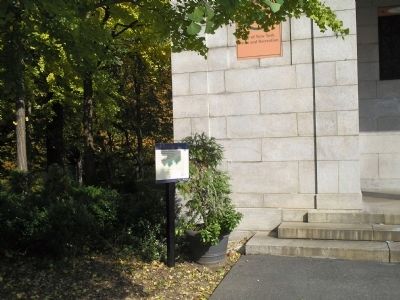 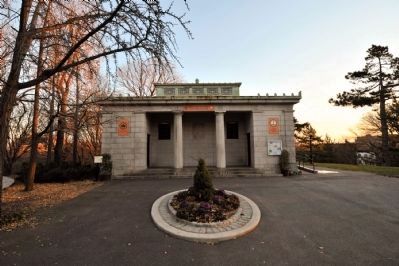 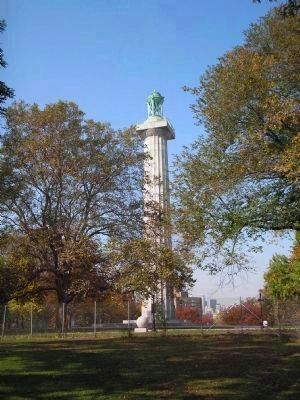 By Bill Coughlin, November 1, 2008
4. 1776 - Prison Ship Martyrs Monument - 1908
The British took many prisoners of war during the Battle of Brooklyn. As they ran out of space to house the prisoners, they used decommissioned or damaged ships that were anchored nearby as floating prisons. 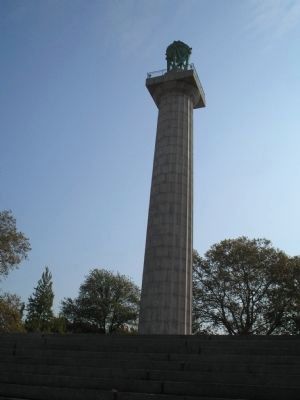 By Bill Coughlin, November 1, 2008
5. Prison Ship Martyrs Monument
After the Revolutionary War, the bones of patriots who died on the prison ships would occasionally wash up in Brooklyn and Long Island. These were ultimately re-interred in the crypt which today is the Prison Ship Martyrs Monument. It was constructed on land which, during the war, was part of Fort Putman. 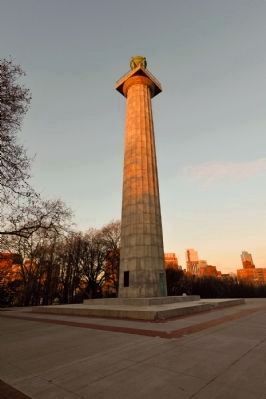 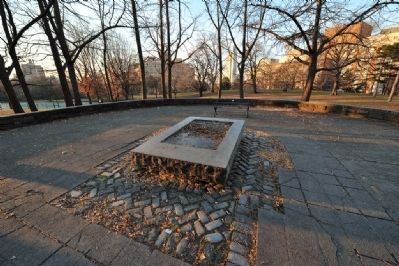 By R. C.
7. Fort Greene Park Missing Cannon
There appears to have been an object mounted to this platform. It could possibly have been a naval cannon. Its fate is unkown. 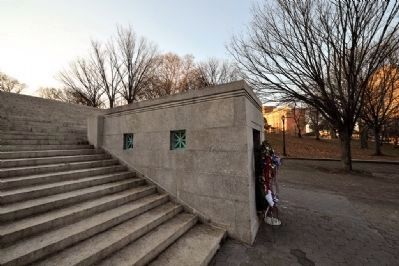 By R. C.
8. Entrance to the crypt where the remains reside. 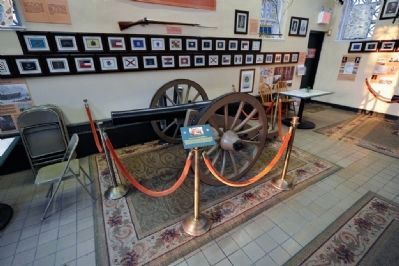 By R. C.
9. Fort Greene Park Museum
Inside the museum near the monument you can discover the history of the event, the monument, and the park. 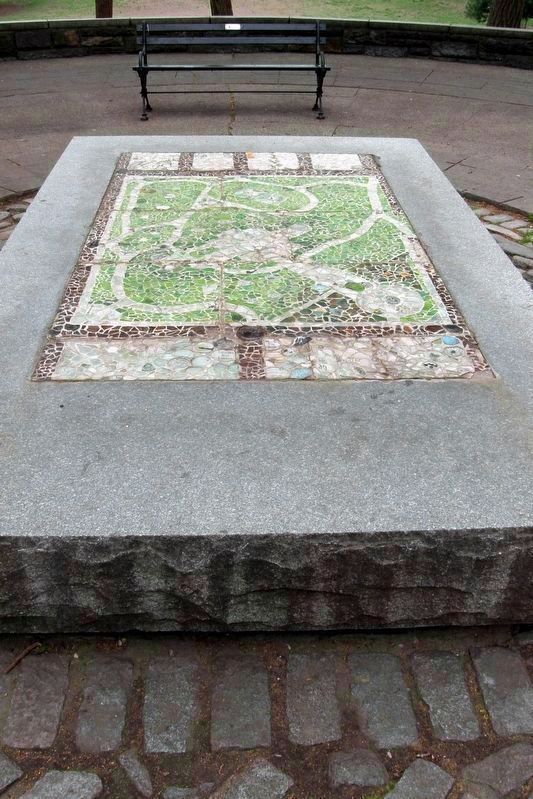 By Larry Gertner, May 6, 2018
10. "One Map of Many Moments"
Not a cannon, but a bronze plaque was here. Stolen during the bad old days, it was recently replaced by this supposedly temporary mosaic piece depicting the park. 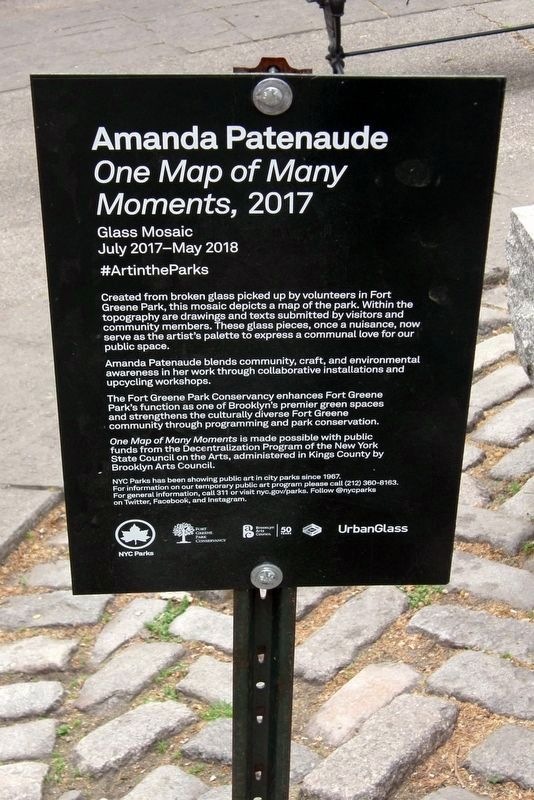