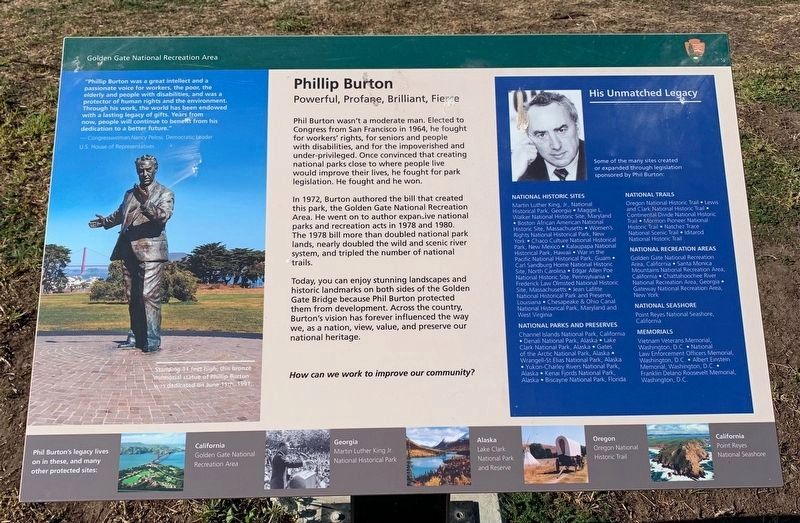 Powerful, profane, brilliant, fierce—think about Phil Burton and you have to think in big, dramatic terms. He wasn't a moderate man. Elected to Congress from San Francisco in 1964, he fought for workers' rights, for seniors and people with disabilities, for the impoverished and underprivileged. Once convinced that creating national parks close to where people live would improve their lives, he fought for park legislation. He fought and he won.

In 1972, Phil Burton authored a bill that created this park, the Golden Gate National Recreation Area. He went on to author national parks and recreation acts in 1978 and 1980 that were the most expansive ever to pass Congress. The 1978 bill alone more than doubled national park lands, nearly doubled the wild and scenic river system, and tripled the number of national trails.

Look out toward the Golden Gate. You can enjoy stunning landscapes and historic landmarks on both sides of the bridge because Phil Burton protected them from development. Across the country, you can visit wondrous and significant sites because Burton's vision forever influenced the way we, as a nation, 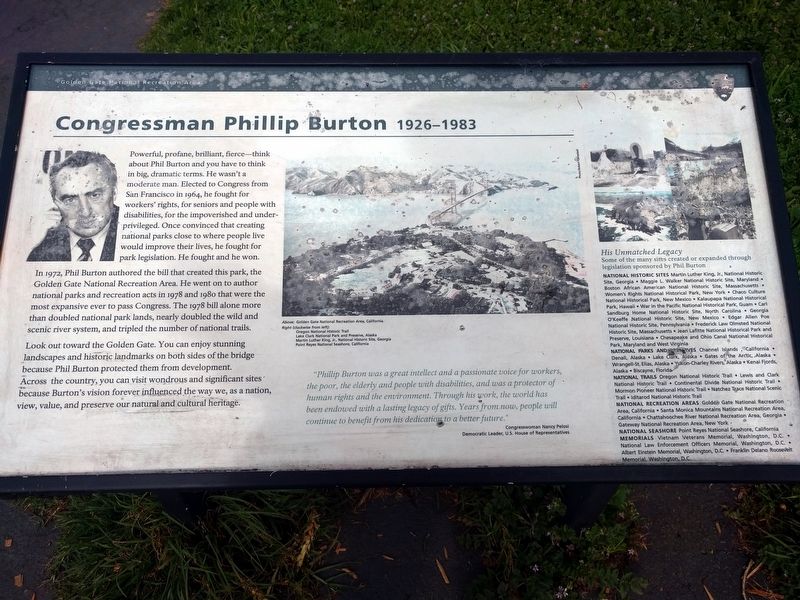 "Phillip Burton was a great intellect and a passionate voice for workers, the poor, the elderly and people with disabilities, and was a protector of human rights and the environment. Through his work, the world has been endowed with a lasting legacy of gifts. Years from now, people will continue to benefit from his dedication to a better future."
Congresswoman Nancy Pelosi
Democratic Leader, U.S. House of Representatives 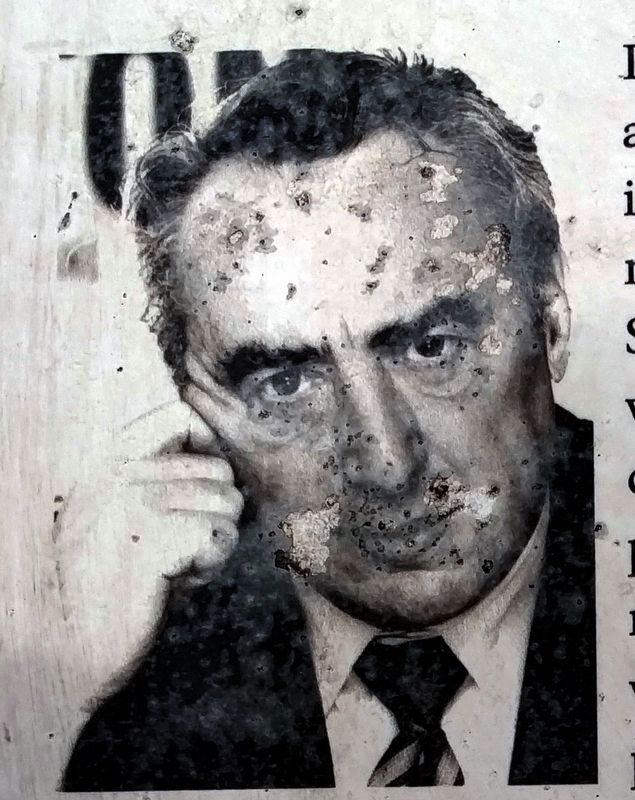 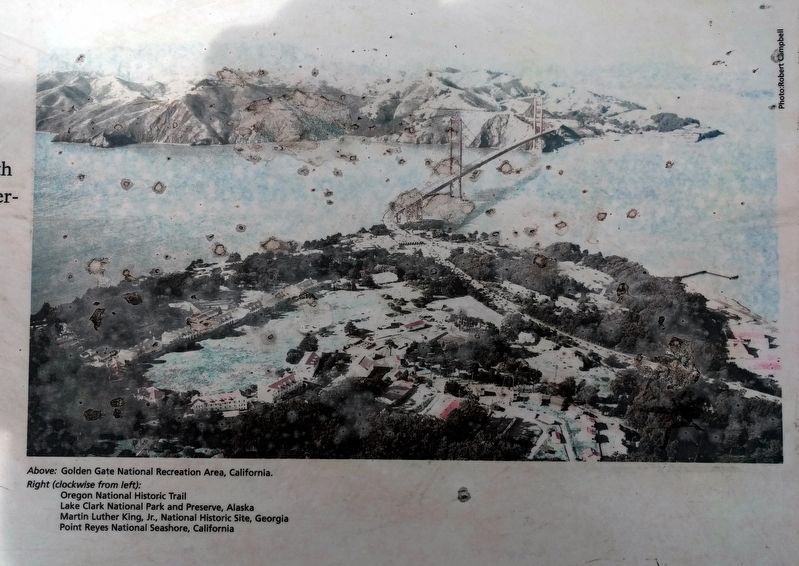 By Robert Campbell
4. Center image
Golden Gate National Recreation Area, California.
W. Marker is in San Francisco, California, in San Francisco City and County. Marker is on MacArthur Avenue west of Franklin Street, on the right when traveling west. The marker is at the edge of the Great Meadow, between the Golden Gate National Recreation Area Headquarters building and Building 101. Touch for map. Marker is in this post office area: San Francisco CA 94123, United States of America. Touch for directions. 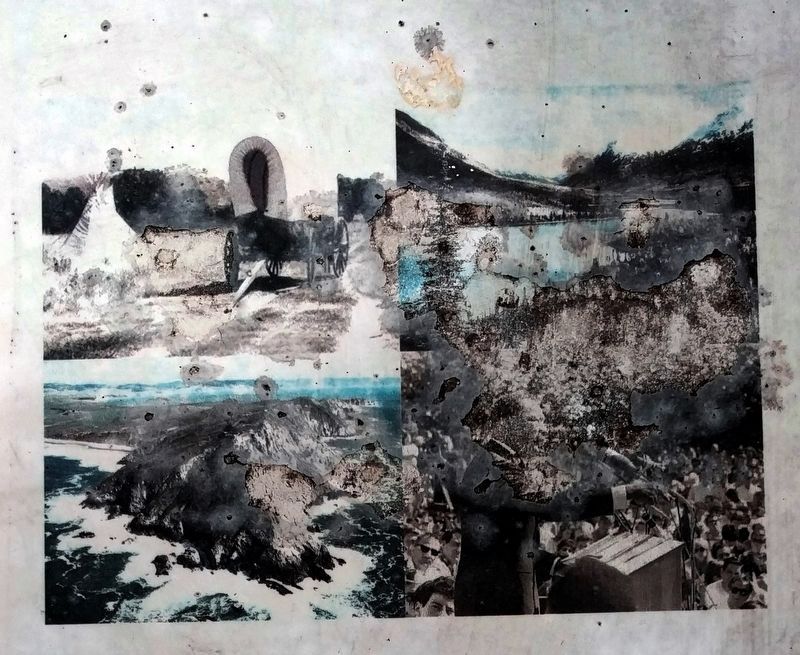 4. Parked! How Congress' Misplaced Priorities Are Trashing Our National Treasures. Opposing view of the growth of the National Park Service brought about in large part because of Congressman Phillip Burton. Burton is mentioned many times in this 200-page report by Senator Tom A. Coburn. (Submitted on April 16, 2019, by Joel Seewald of Madison Heights, Michigan.) 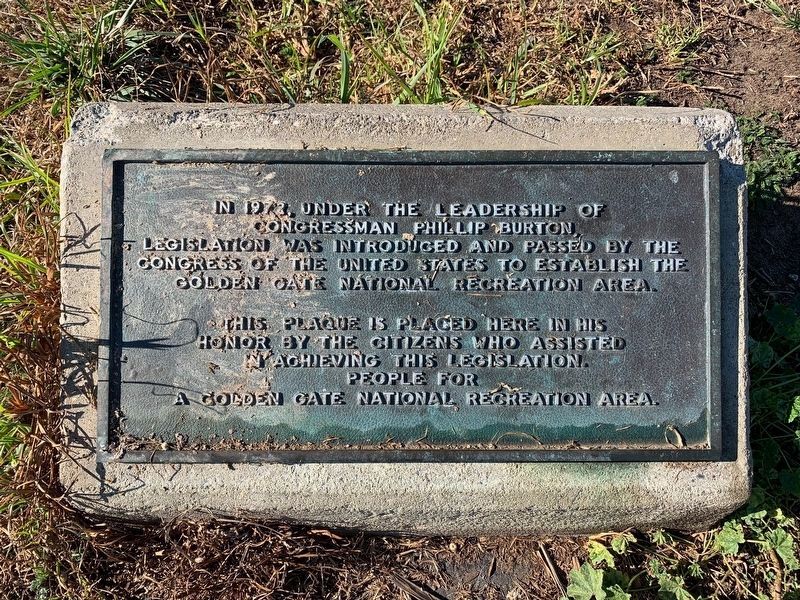 By Joel Seewald, April 4, 2019
7. Congressman Phillip Burton Marker
View looking approximately northwesterly toward the Golden Gate Bridge. A statue of Phillip Burton (about 250 feet away) is barely visible to the left of the marker. 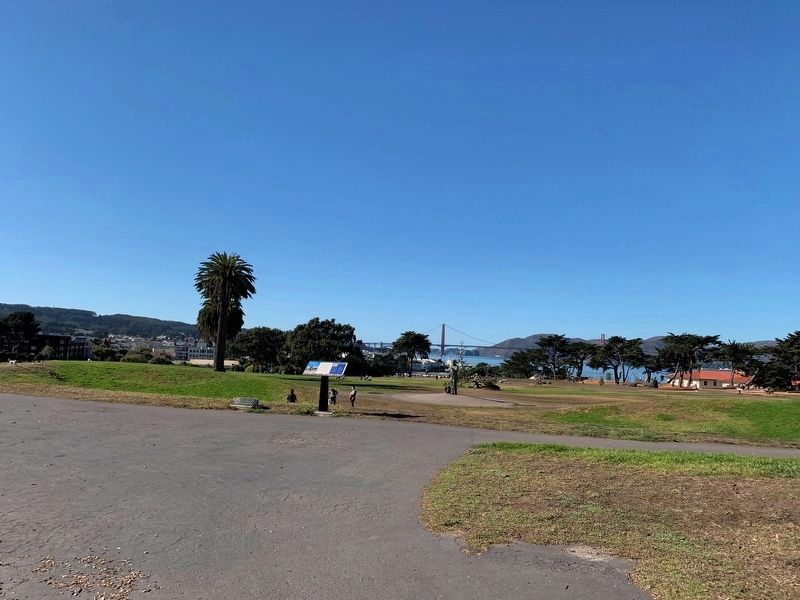 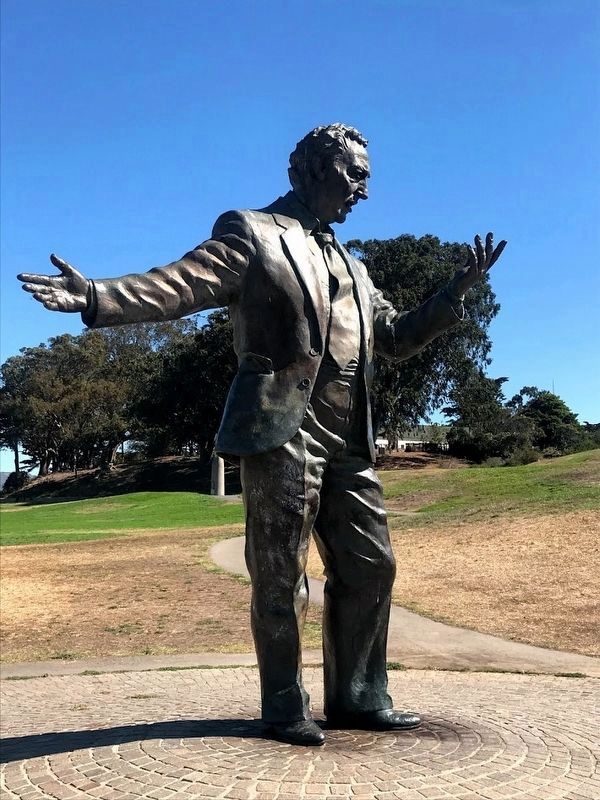 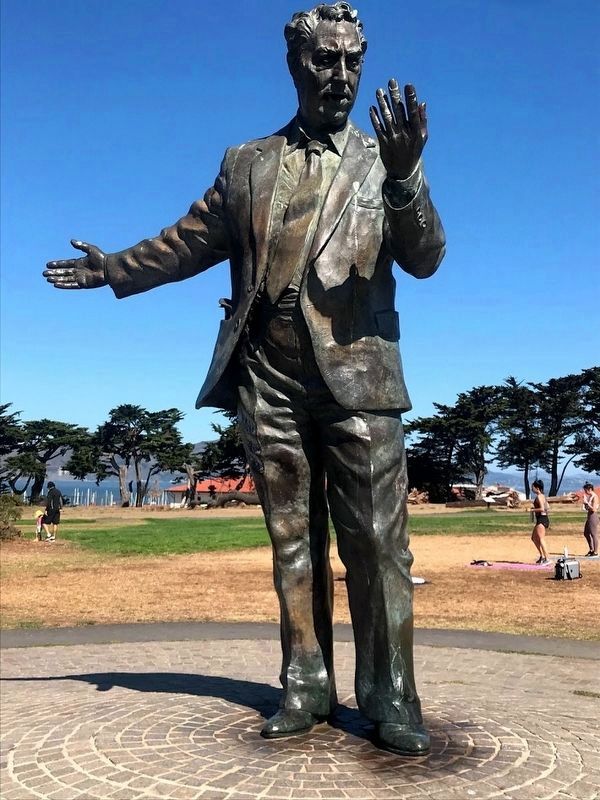