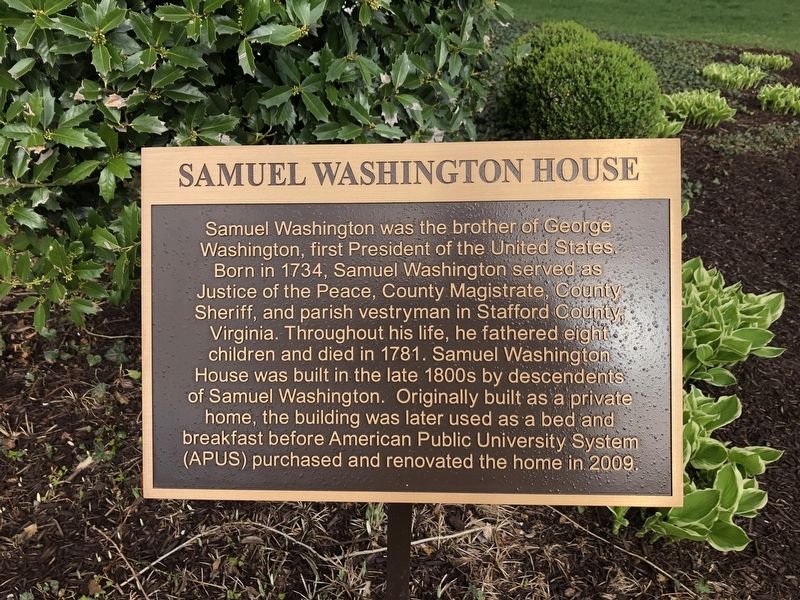 Samuel Washington was the brother of George Washington, first President of the United States. Born in 1734, Samuel Washington served as Justice of the Peace, County Magistrate, County Sheriff, and parish vestryman in Stafford County, Virginia. Throughout his life, he fathered eight children and died in 1781. Samuel Washington House was built in the late 1800s by descendents of Samuel Washington. Originally built as a private home, the building was later used as a bed and breakfast before American Public University System (APUS) purchased and renovated the home in 2009.

Topics. This historical marker is listed in these topic lists: Colonial Era • Notable Buildings. A significant historical year for this entry is 1734. 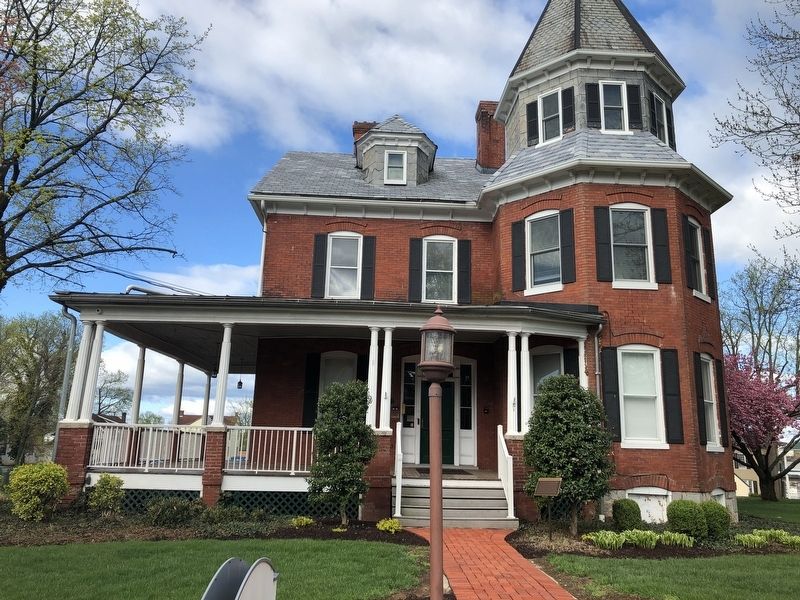