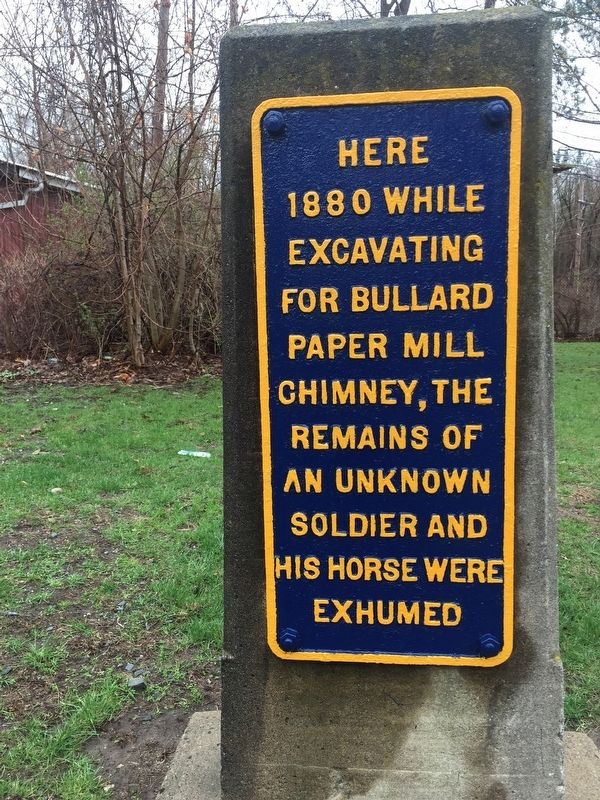 Here 1880 while excavating for Bullard Paper Mill chimney, the remains of an unknown soldier and his horse were exhumed

Topics. This historical marker is listed in this topic list: Cemeteries & Burial Sites. A significant historical year for this entry is 1880.