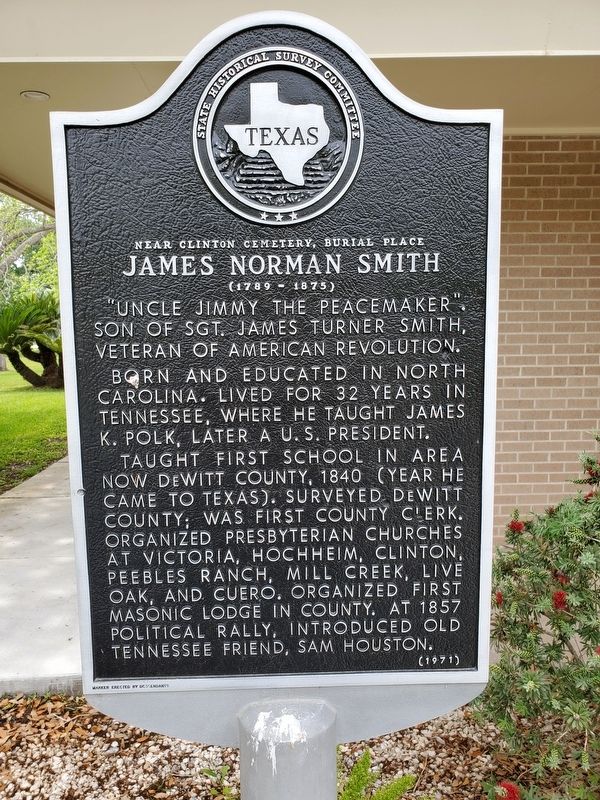 Born and educated in North Carolina. Lived for 32 years in Tennessee, where he taught James K. Polk, later a U.S. President.

Incise on base: Marker erected by descendants 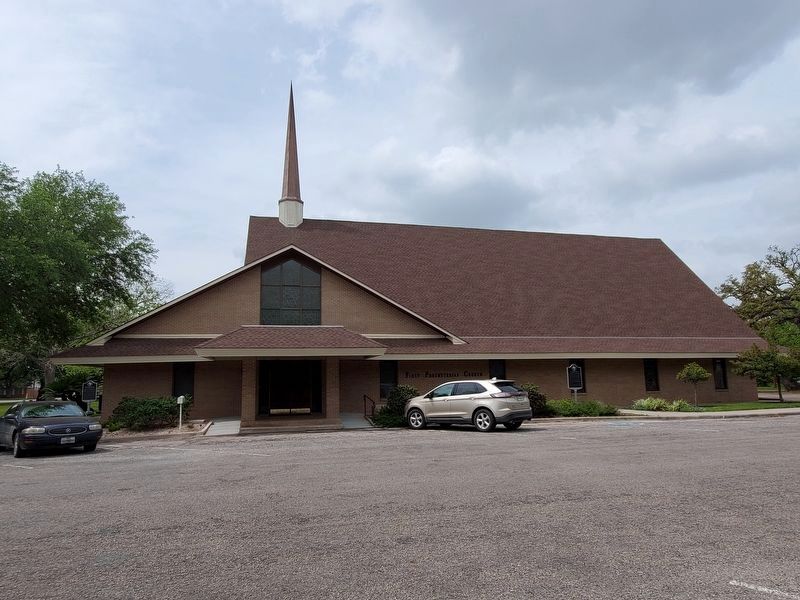 Photographed By Brian Anderson, April 5, 2019
2. James Norman Smith Marker
Marker is the leftmost of the two markers visible in this photo. The marker on the right is the "First Presbyterian Church of Cuero" marker.

Click or scan to see
this page online
right when traveling south. Touch for map. Marker is at or near this postal address: 302 North McLeod Street, Cuero TX 77954, United States of America. Touch for directions.