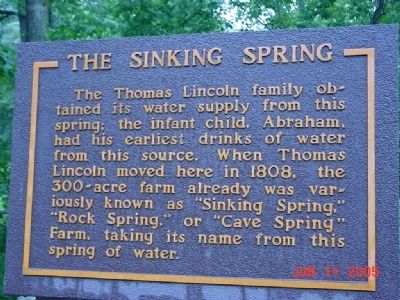 Topics. This historical marker is listed in this topic list: Waterways & Vessels. A significant historical year for this entry is 1808.

Location. 37° 31.85′ N, 85° 44.241′ W. Marker is in Hodgenville, Kentucky, in Larue County. Marker can be reached from Lincoln Farm Road (Kentucky Route 31E). Marker is on the grounds of the Abraham Lincoln Birthplace National Historic Park. Touch for map. Marker is in this post office area: Hodgenville KY 42748, United States of America. Touch for directions. 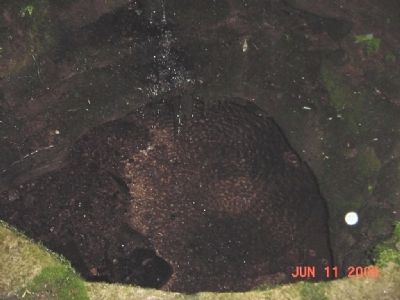 By Beverly Pfingsten, June 11, 2005
2. Sinking Spring
Spring is inside a cave with no lighting.