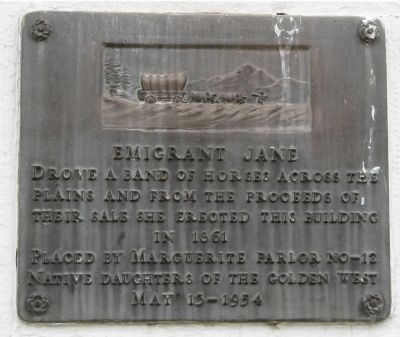 Photographed By Syd Whittle, October 30, 2008
1. Emigrant Jane Marker
Inscription.
Emigrant Jane. . Drove a band of horses across the plains and from the proceeds of their sale she erected this building in 1861. . This historical marker was erected in 1954 by Marguerit Parlor No. 12, Native Daughters of the Golden West, May 13 - 1954. It is in Placerville in El Dorado County California

Drove a band of horses across the plains and from the proceeds of their sale she erected this building in 1861.

Topics and series. This historical marker is listed in these topic lists: Animals • Industry & Commerce • Settlements & Settlers • Women. In addition, it is included in the Native Sons/Daughters of the Golden West series list. A significant historical year for this entry is 1861. 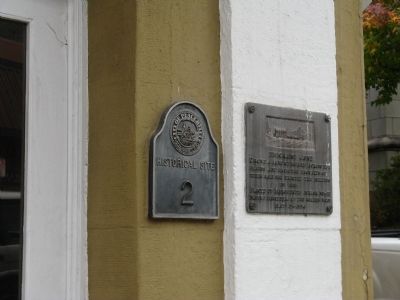 Photographed By Syd Whittle, November 2, 2008
2. Emigrant Jane Marker
The "Historical Site 2" plaque to the left is from a walking tour that is no longer being used.

Regarding Emigrant Jane. Emigrant Jane Johnson, was a hardy woman who drove a herd of horses west in 1859. It is said she earned the money to finance this building in this fashion. Jane, also known as Mary Jane Shroyers, was a successful business woman and renowned horsewoman. Source: Placerville Walking Tour Brochure 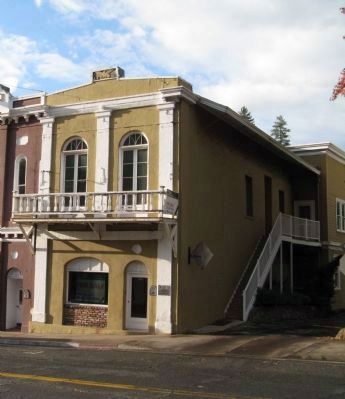 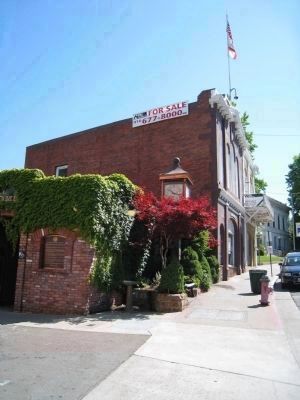 Photographed By Stephanie Carlson, June 26, 2009
4. Buildings that contain City of Placerville Marker 1 & 2
Locals call these buildings "Ketchup and Mustard" for the colors they have been painted. 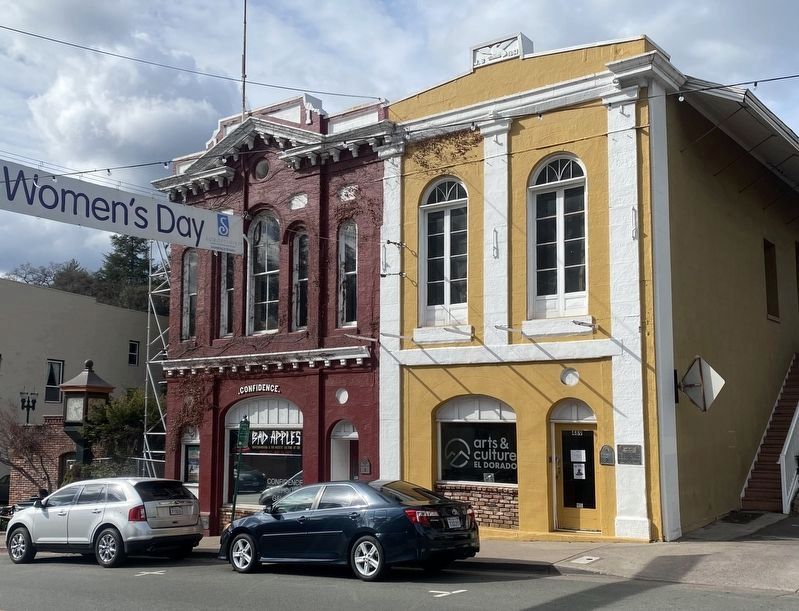 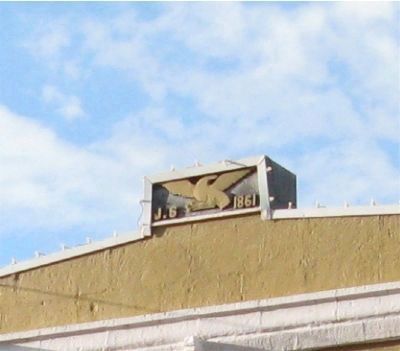